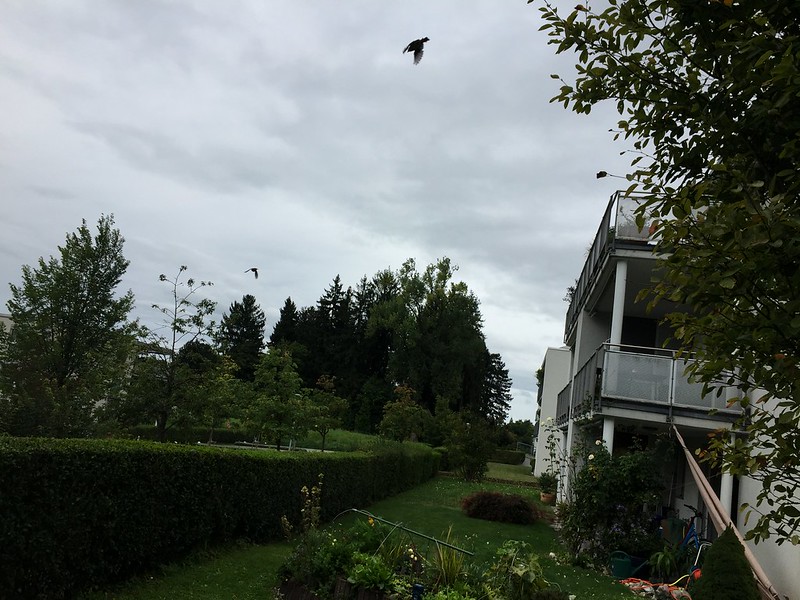 We have it so easy in Europe. We have our catastrophes of storms and floods and even high winds. Fleeing from our home is exceptional although it can happen. Just a couple of weeks ago a village in a mountainous area in Switzerland was more or less destroyed by rocks and stones falling from the nearbye mountain, followed by mudslides burying the homes of people. Some had to flee, but many were evacutated. There are a few houses still standing but no longer habitable and the almost all of the village population (it was a smaller village) had to be rehoused, losing most of their belongings.

Today my view from the garden was a bleak sky. It was raining and a couple of crows even got into the picture flying home: how picturesque. This afternoon I read a couple of entries on Word Press from my distant online friend Scottie telling of the preparations he will have to meet to avoid the path of hurricaine Irma in Florida which is expected in a day, now a matter of hours. When you know someone, even if only online, it brings the tragedy even closer. Many are fleeing by road, if they were lucky enough to get gas for their cars. Others are staying to brave it out like Scottie. And here am I shooting photos of dark clouds, nice and safe at home.

Politically the world has gone crazy. We have people in powerful positons that prefer to play golf than deal with immediate problems, probably becaue they are too stupid to search for their solutions, or have better things to do.

We now have hurricanes to combat, forest fires in large areas of the States. Islands in the Caribbean have already been partially destroyed by this hurricaine before it reached the coast of Florida. As if nature knew about what I was writing I just got a new flash on my electronic devices that a glacier in the area of Wallis in Switzerland is threatening to break up and houses in the area of a place called Saas-Grund are now being evacuated. Again the mountains are threatening. Saas Grund is in a skiing area, well known for its holiday resorts, but people also live there. Although a distance of about 5-6 hours by road from us, Switzerland is a very small country, so everything is near.

Mr. Swiss only said today when will we get the next earthquake, after hearing of the all time biggest earthquake that has happened in Mexico. Even lightening was seen coming out of the ground, although this is some sort of natural phenomenon that can occur. Who knows what is going on down below in the spiritual world and I really do not want to know. Now and again we have earth tremors, nothing big worth mentioning in the world news, but I remember the last one up in the local mountain. I though there had been a gas problem in our cellar, but they were only earth movements from the core of the earthquake. Our last big one was in the 14th centuary in the town of Basel, about 100 kilometers away from us, so who knows.

Keep safe Scottie, and hope to meet you again online when it has all passed. 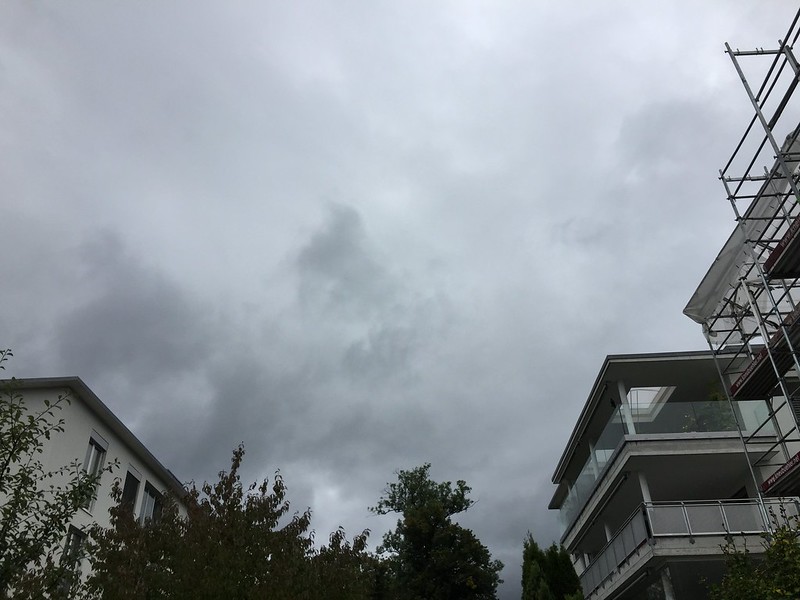