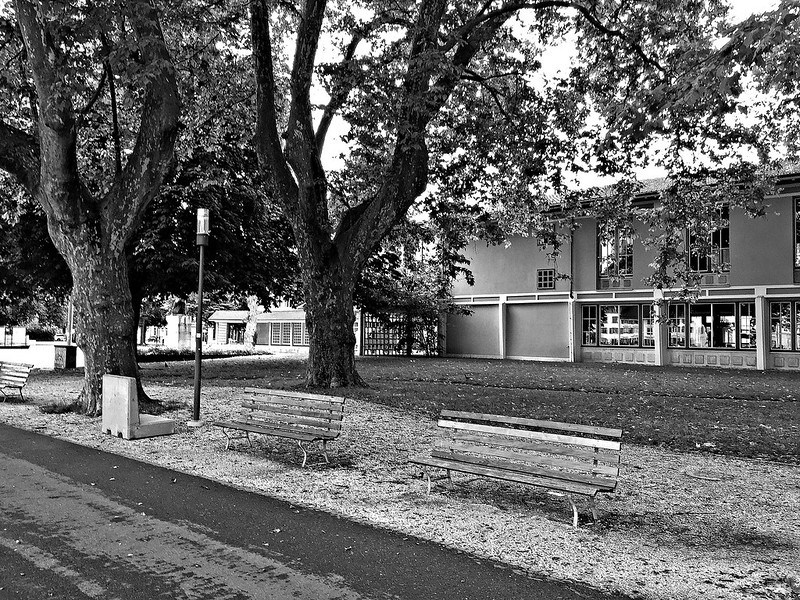 Benches for relaxing in our town of Solothurn 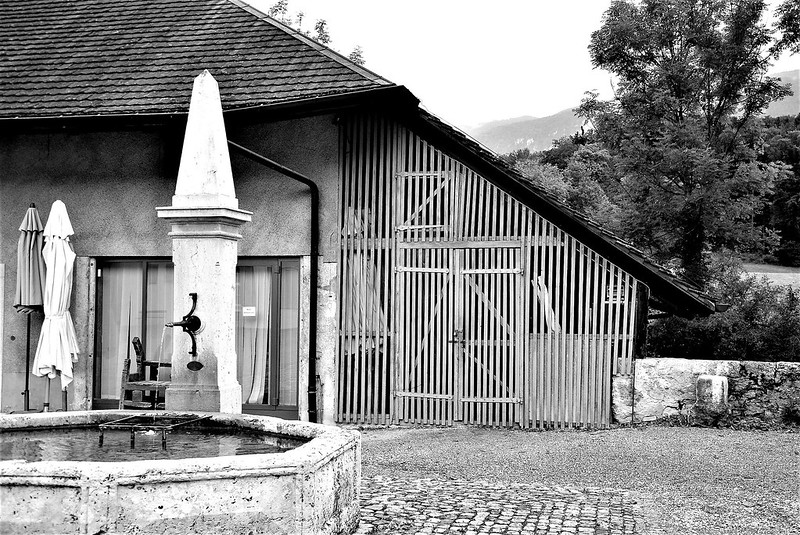 A shed for storage in the grounds of the local castle 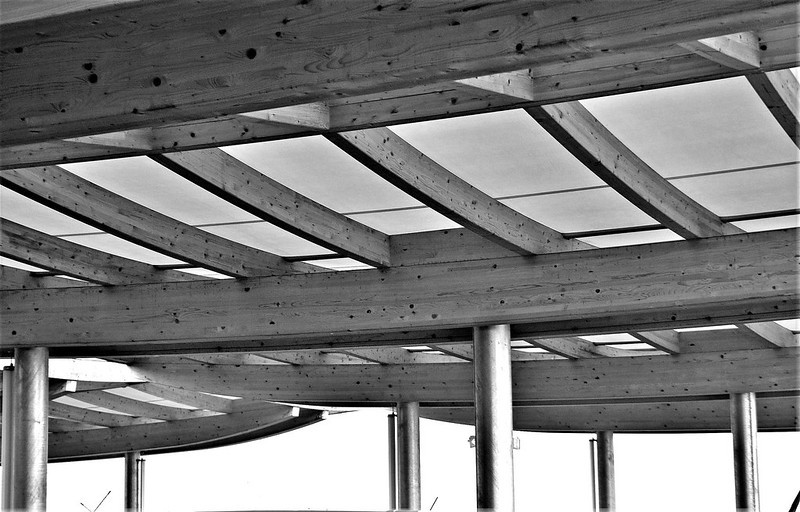 The roof covering the parking lot at the local supermarket 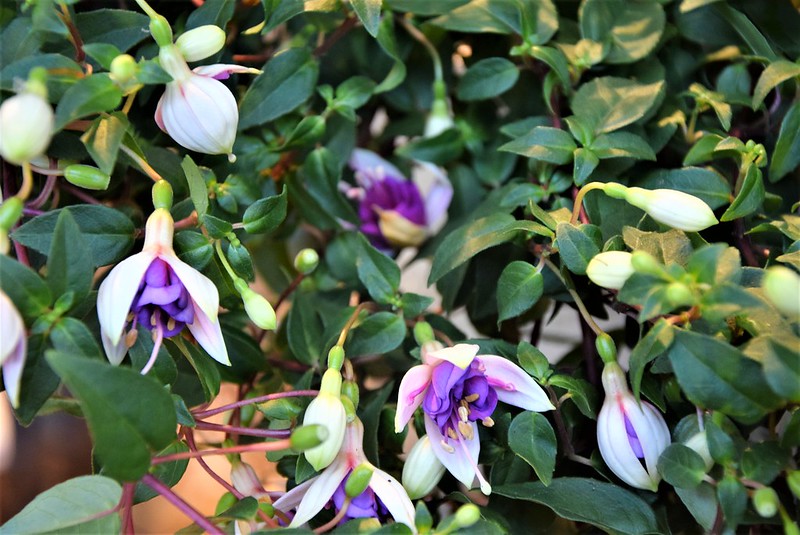 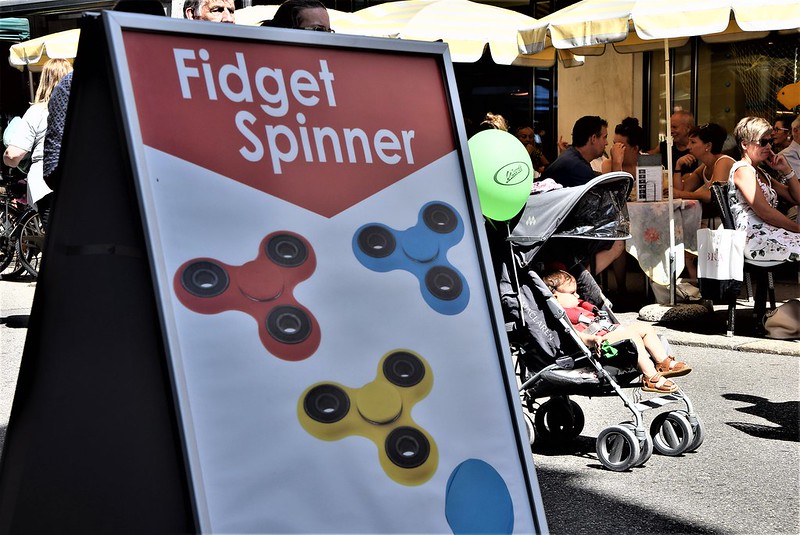 “What are you bumbling around with?”

“A Fidget Spinner, everyone has one, that is everyone that needs one. Obviously it is something missing in your life if you don’t even know what it is.”

“What it does? You can see what it does. I put it on the tip of my finger and it begins to spin.”

“It doesn’t have to make a noise, that is not the idea of making a noise. Fidget Spinners are quiet, all the do is spin.”

“It would be more ineresting if it would perhaps buzz, like a bumble bee.”

“Fidget Spinners are silent, because they spin.”

“So what is the purpose of a Fidget Spinner?”

“It is quite obvious, they spin. Look how fast this one is spinning.”

“Great, the ideal pasttime. Let it spin. When does it take off.”

“Take off? It is not going anywhere. It stays where it is, If it took off I would have to chase it and find it. It is better when it stays where I put it, on the end of my finger.”

“But it must have a purpose somehow. It could leave your finger in a horizontal direction and if you blew on it, it could return to where it was on your finger. That would be interesting.

“But Fidget Spinners are not made for ascent and descent, the stay where they are.”

“Sounds boring to me. A plastic triangle in different colours that only spins and does nothing else. What are the black bits on the edges?”

“I think they supply the momenntum to swing it on your finger, because they are small weights.”

“Now we are making progress. It is defying the law of gravity by spinning on its own axis, combined with weights to …… er keep it spinning?”

“Is that a statement or a question? And wipe that silly smile off your face. It is fun.”

“Yes, definitely, hilarious, great, something completely different. A triangular piece of plastic that revolves on your finger.”

Yes, life thretening even and I am not sure our illness insurance covers fidget spinner injuries. They must be good for something.”

“My friend Jeff says they are good for relieveing tension and treating stress.”

“I havn’t see Jeff for some time.”

“He is in the clinic, but his mum said he is making progress and they have already realeased him from his padded jacket.”

“He had withdrawal symptoms.”

“Don’t tell me, from the Fidget Spinner.”

“How did you guess.” 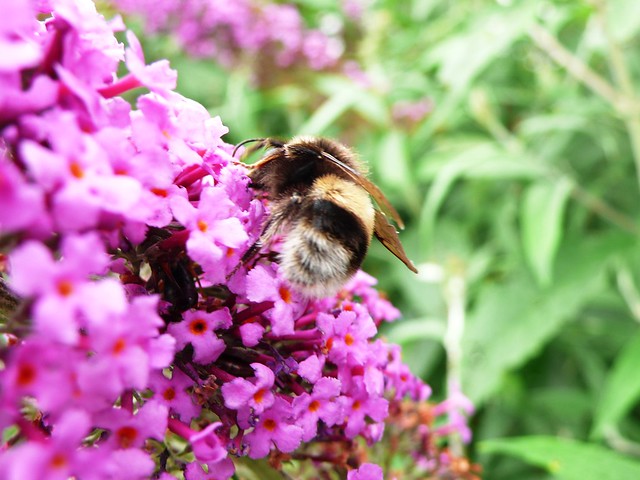 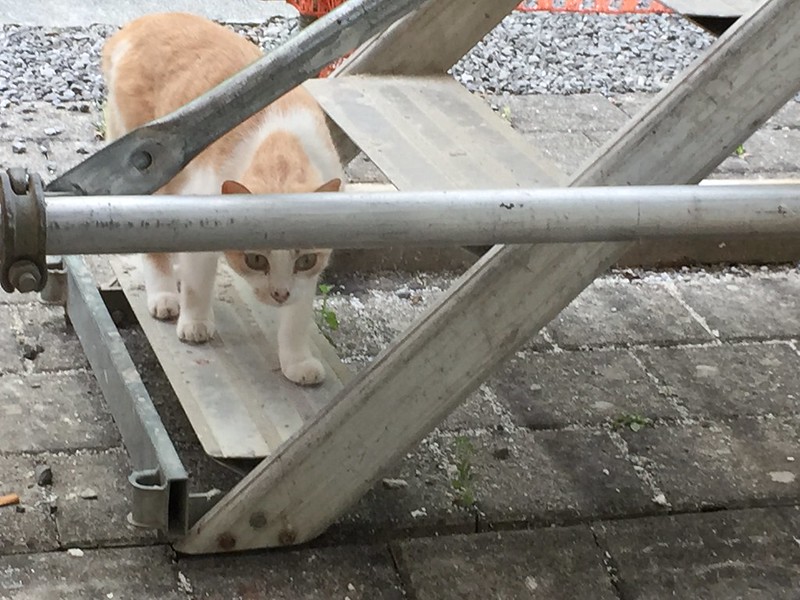 I had a visitor outside the window early evening yesterday whilst sitting at my computer. Roschti, the neighbour’s cat, decided to pay a visit in my garden. As all cats he was curious and wanted to know what I was doing. Tabby, my cat, did not notice the visitor, otherwise he would not have stayed. Cats are not the most sociable creatures and prefer to do their own thing. Tabby and Roschti did cross paths, although not exactly crosss – Roschti kept to his side and Tabby to hers. 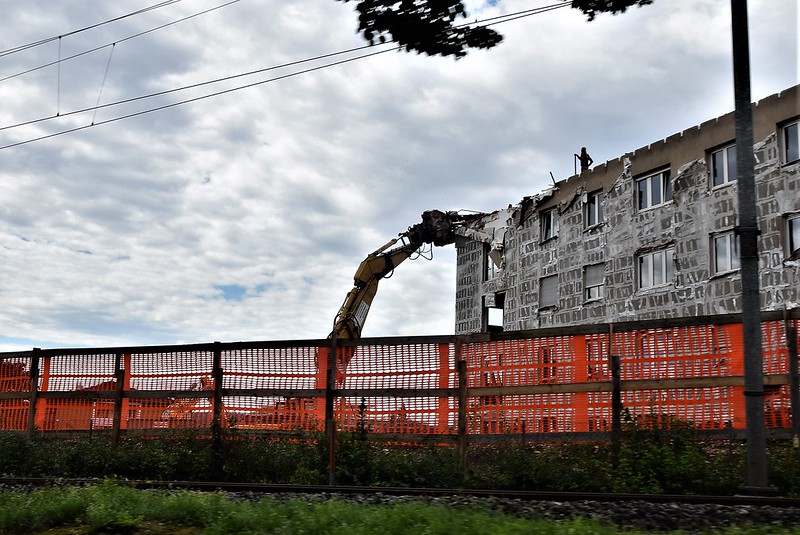 When we drive to the supermarket during the week, we see these blocks of flats being destroyed by machines. It was an estate with many blocks and as long as I have lived in Solothurn, it has been there. These buildings were built in the fifties and were homes for many people. They have a sort of special meaning for Mr. Swiss as he lived there many years with his mother before moving out to marry his first wife. We were both surprised to see that these appartment blocks were now being demolished, another memory of the past that is disappearing. It seems only a month ago that people were still living there.

This morning I had a later start than usual, although I am not really going places. It was fresh linen on the bed day, meaning I need more time. Mr. Swiss tells me to leave it, but I always help when I can, although I must admit the work does not get easier with time. 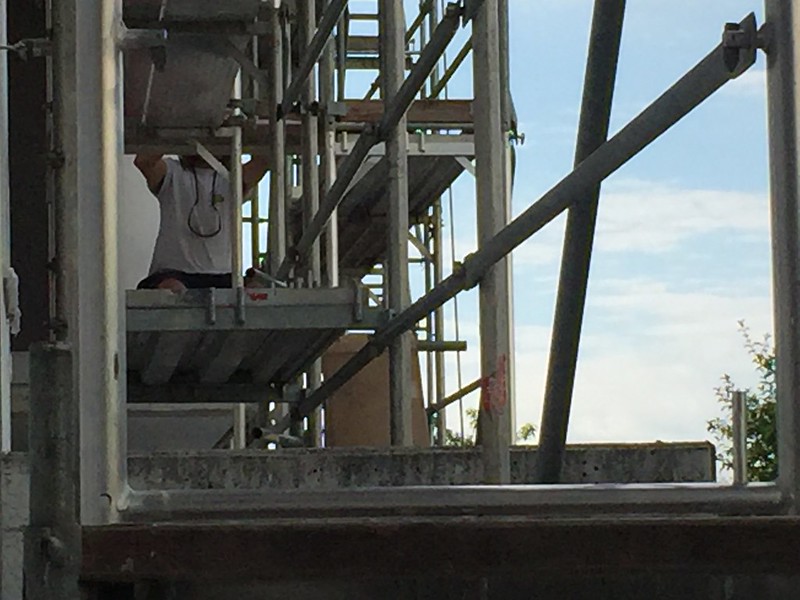 Here is my building photo of the day, taken from my porch. I was actually wondering if they had arrived today. The builders are entering a quiet phase of work with less noise from machines. It is probably now time for the artistic side of the work, designing and forming layers. After seeing the signs of demolition on housing that was only built the fifties, I wonder how long it will be before our little estate will one day be destroyed.

I took a short walk in the garden yesterday to give a few plants some fertiliser and noticed that berries have not appeared on the hawthorn bushes. 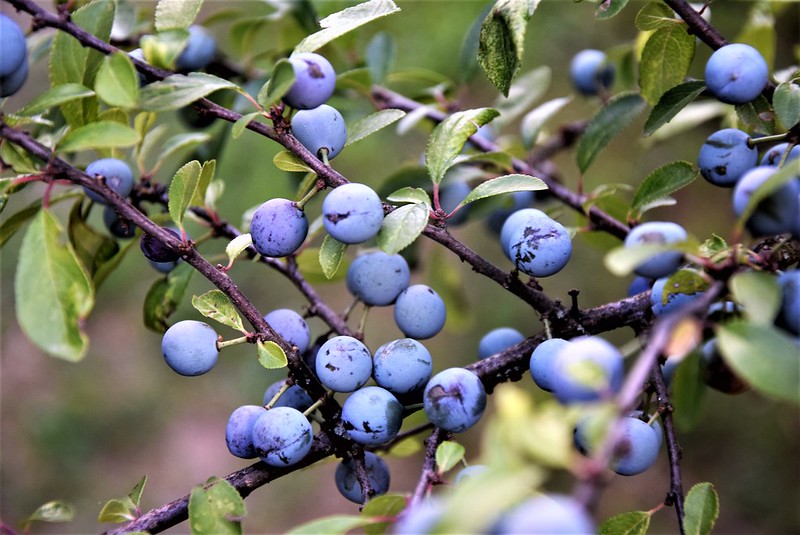 We have ideal growing weather at the moment. There is plenty of rain which means we do not have to operate our hoses to give the garden water, and rainwater is the cheapest water available. In between the sun shines and it it warm. Even the trampled grass caused by builders booted feet is recovering a little.

I read that a an ice berg the size of Wales, or the Kanton of Bern (according to which newespaper you read) is making its away in the ocean, after breaking off from the Pole. One newspaper report tells me we will probably get monster tsunami to cause a rise in the level of the oceans in the world and another says the scientists are keeping an eye on it because it could disturb ships. Of course all fake news according to those that know it all better, there is no such thing as world climate change and if the president says so, it must be true. In the meanwhile Switzerland still has the alps, so if the flooding gets bad we could move to somewhere in the Bernese Overland. I have not yet seen a guy with a long beard building a big ship and collecting animals two by two, so it cannot be that bad.

And now to move on, I have been long enough on this computer. See you later, have fun.