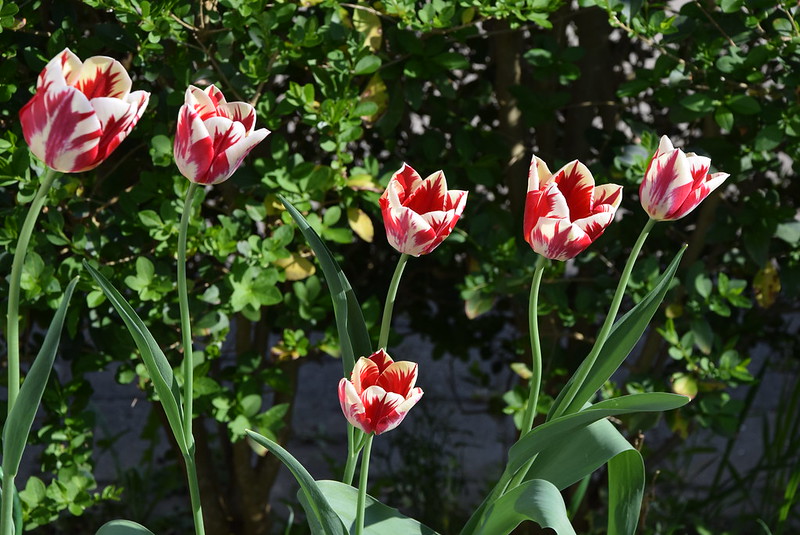 I was pleased to see that my tulips were flowering again. I was not so pleased that the WordPress server seemed to be having problems this afternoon when I get my prompts and stuff. On the other hand, they did me a favour. Instead of sitting around waiting for it to work, I grabbed my camera, my mobile phone and waved goodbye to Mr. Swiss and went for a walk. I did not intend a long walk, because it was not a programmed walk, but decided to take the trail down to the river. 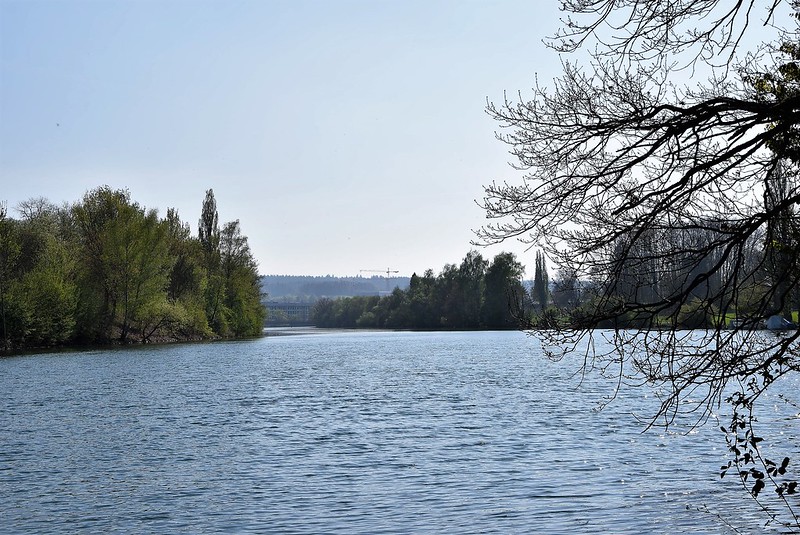 The River Aar is a long river coming down from from a mountain somewhere and flowing into a couple of lakes on the way. If you want the geogrphical details you will find them somewhere in Internet. I was sitting on one of my adopted benches on the river bank and shot the photo in the direction of our next town Solothurn, which is around the bend in the river.

I left my bench and walked further and these two approached me, so I had to take a photo. 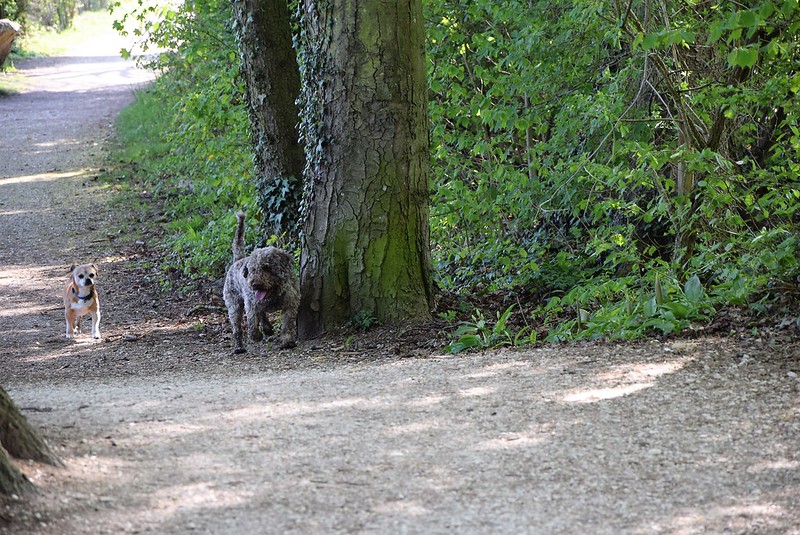 I told the guy that was with the dogs that I was just taking a photo of the dogs together. He asked me what type of dog mine was. I had to disappoint him and said I do not have a dog, but in that case it probably belonged to the guy that was sitting further on. If there is a dog, there is always the opportunity to get to know someone.

It was now time for the homeward stretch as I still had a blog to write although I did not know what it would be about because the prompt was also late in arriving. Were they eating easter eggs and bunnies somewhere in the computer room, our prompt being forgotten? 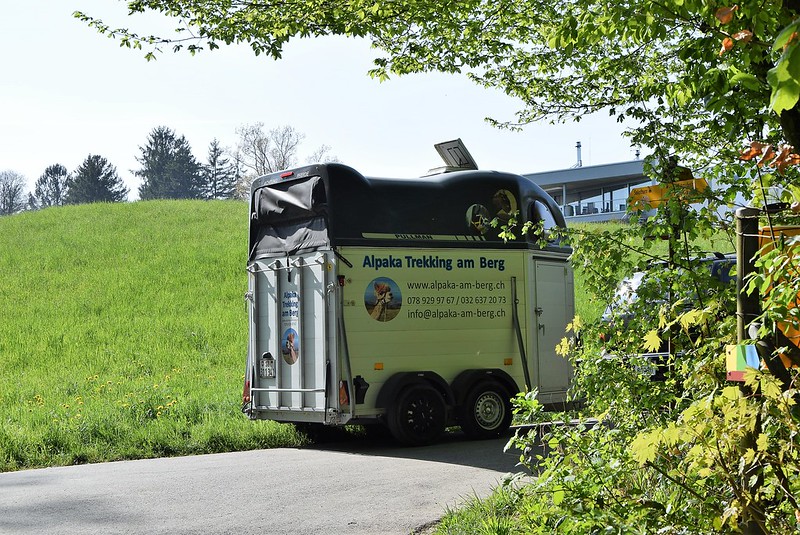 As I began the uphill climb to home, I noticed this van was parked on the roadside. A lady and here husband approached me and asked if they were in the right place for the Aare boat. I said yes, but was not sure if it was running today. I noticed the words “Alpaca treckking on the mountain” on the side of the truck and asked if there were actually alpacas in the truck. She replied in the affirmative. We have a few alpacas in our area and you sometimes see them grazing in their fields. It has become fashion to take your alpaca with you when trekking over the slopes. She said they wanted to use them for some photo shooting on the ferry to Solothurn. I was not sure how that one would work as they do not have room for trucks on the ferry and alpacas might not like the idea.

It was now time to go home. I arrived to find everything locked up and no Mr. Swiss. Did I cook something he did not like? I approached our home by the back way to the porch and as the window was closed from the inside, it meant I must walk around our block to enter by the main door. Not Mrs. Angloswiss, for a reason I have my mobile telephone, so I called Mr. Swiss. He said he was not far away and was taking a walk around our area to see how things were progressing with our building. There was really no need, I now have a file containing about 50 photos of the work progress.

Anyhow Mr. Swiss arrived and I could begin to blog and upload photos. Today was not my day, but when is it my day? My photo programme was on a go slow, so that was a no go. However, I had made the most of my lost time seeing dogs, a truck full of alpaca and the new boat landing place – see photo. I had to take the low path to reach it and realised why I usually avoid the low path. It is riddled with dangerous tree roots and tends to go up and down constantly, but I survived, in spite of having to walk with a stick. I decided to keep that one for myself, as Mr. Swiss tends to worry when he knows I get adventurous. 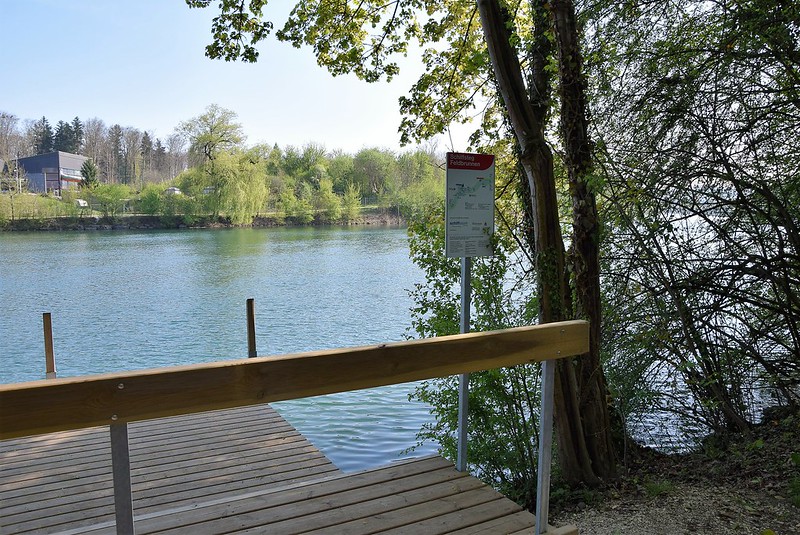 4 thoughts on “Daily Prompt: Pleased to take a walk”