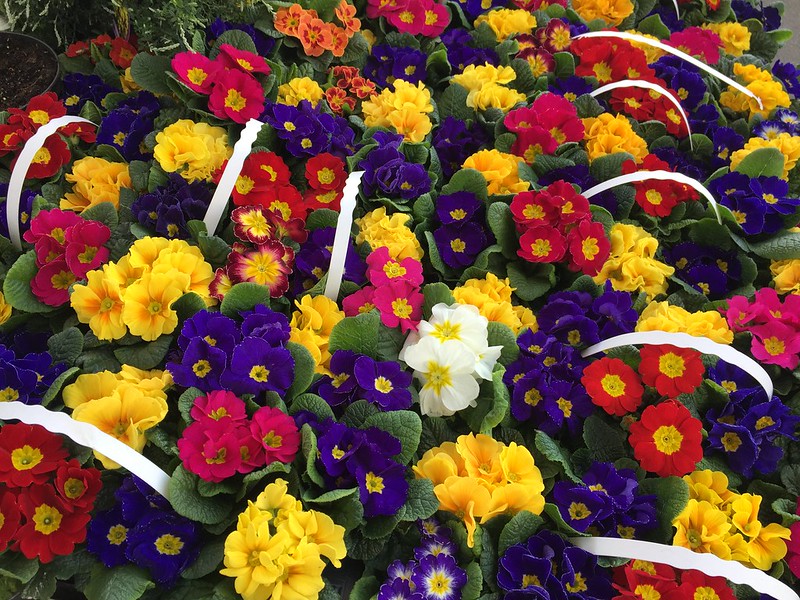 All the colours of the rainbow. 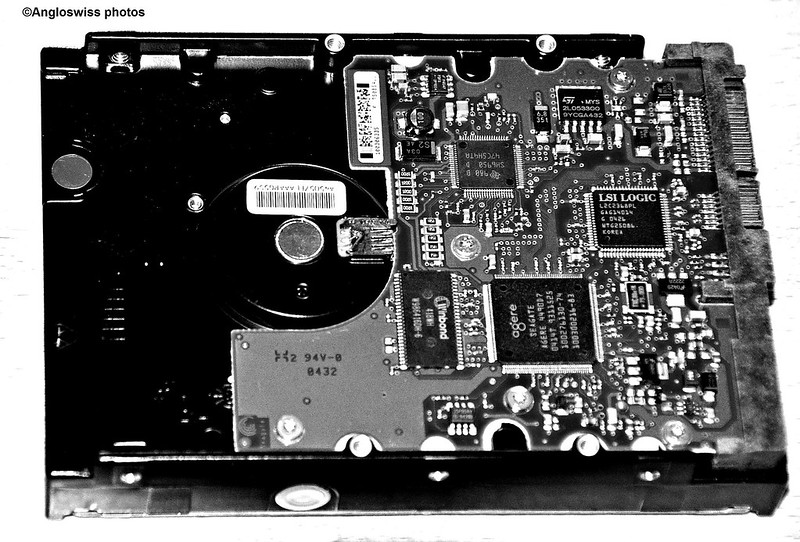 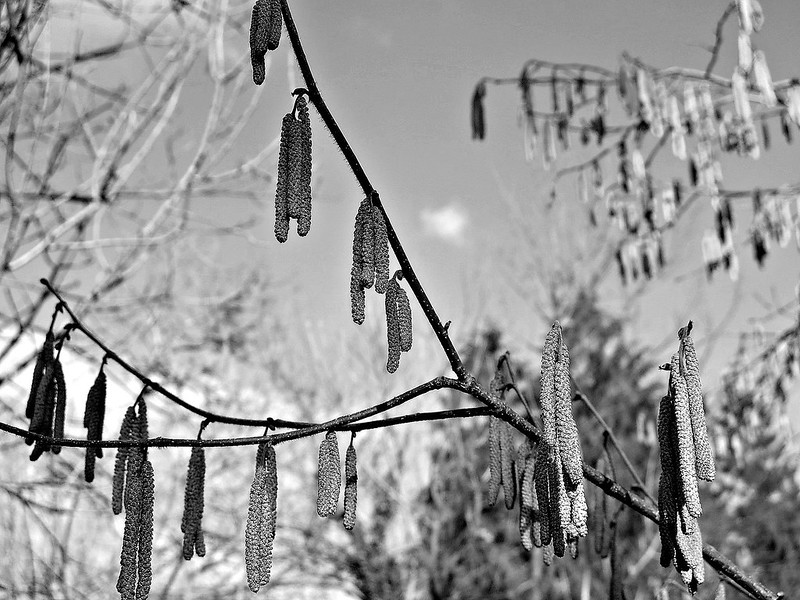 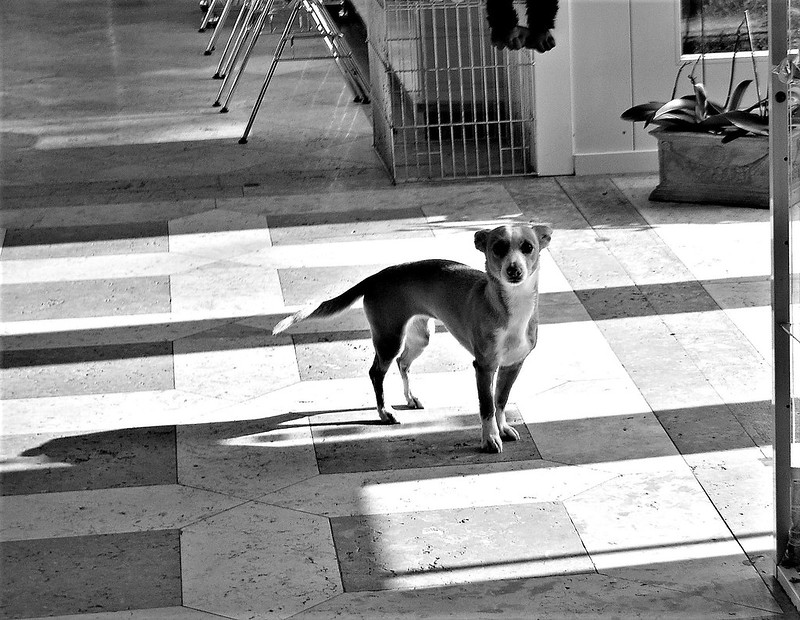 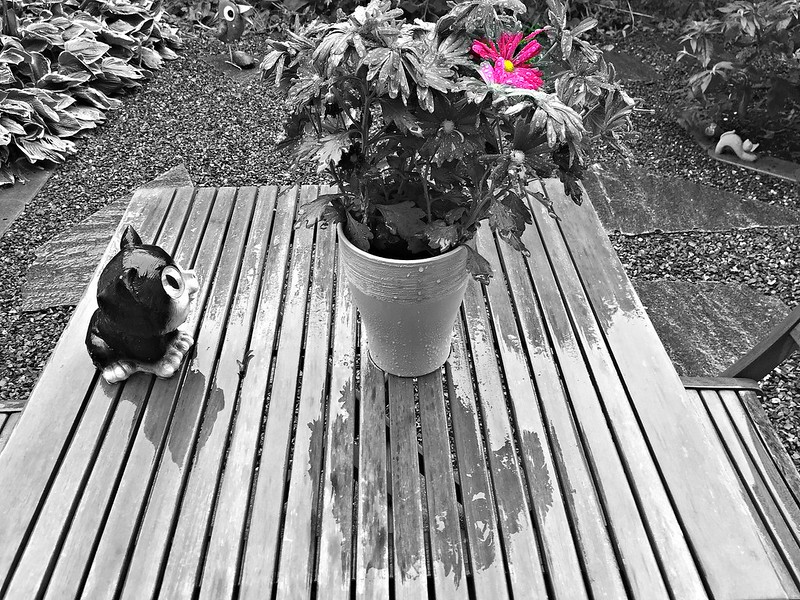 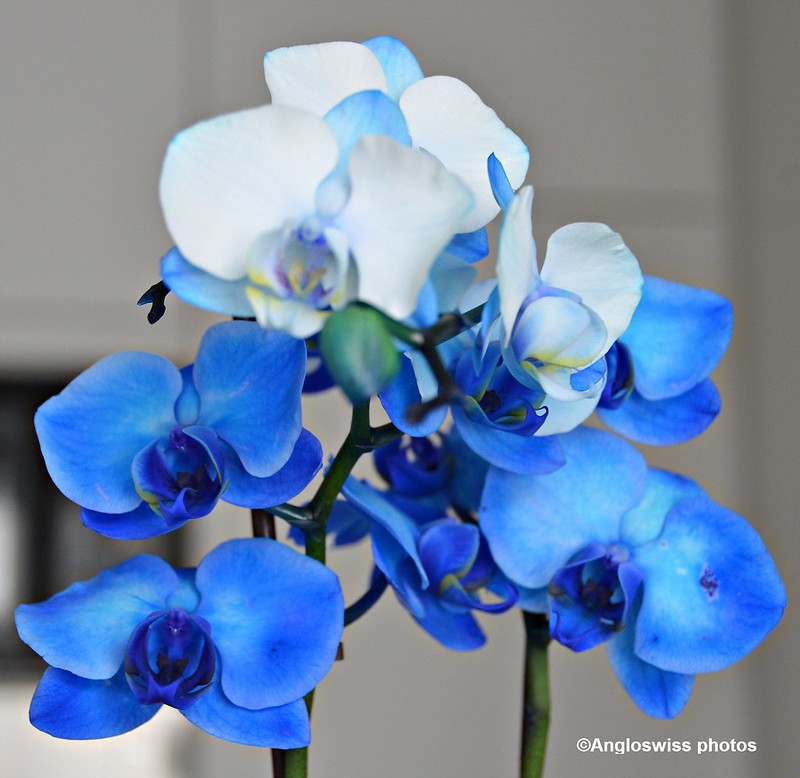 I had to have it. It cost more than the “normal” orchids but I had never seen a blue orchid before, and so I bought one. Usually orchids live for a couple of months, but this one only survived a month. I kept it afterwards, but it eventually decided to give up. So much for blue orchids, you cannot trust them.

This morning Mr. Swiss disappeared for a few hours. He often does that on Thursday, although this morning I believe he had some sort of doctor’s appoinmtment. It is just a nuance that he was not here. I kept myself busy with cleaning windows – could that be the reason that he left happily? I suppose he was glad not to be in my way . how considerate. He knows I do not like people interfering when I concentrate on window cleaning.

However, when he returned, I had cleaned the windows, had a lunch of spaghetti cooking and he brought me a gift: a box of Twinings extra strong breakfast tea, and a box of Twinings Lady Grey tea. Not really a nuance,, but a necessity.  He noticed that my supply was dwindling, and you have to visit the Co-Op for Twinings tea as the Swiss national supermarket Migros stocks other brands and I must have my Twinings. They have such pretty boxes – just a nuance.

As he paid for the goods at the cash desk he was given three plastic sacheés containining the newest gift nuances from the Co-op and here they are. 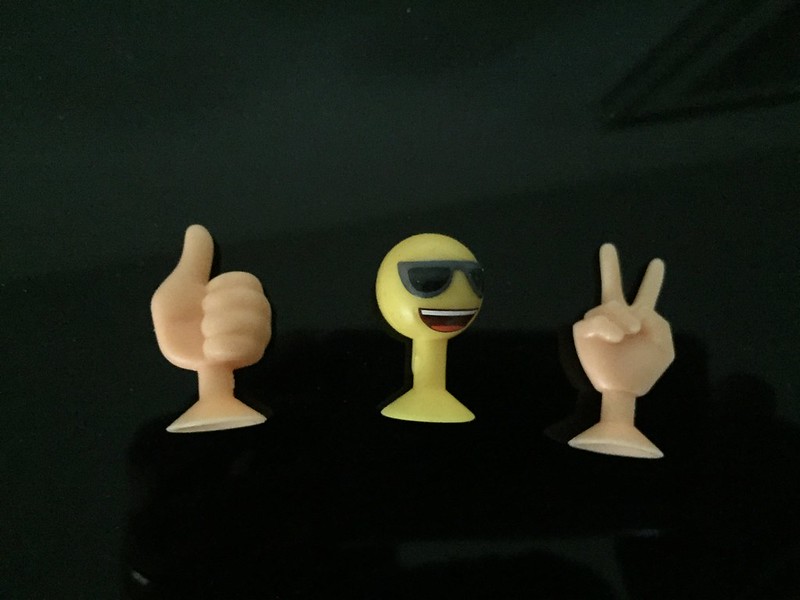 They might resemble a small gift for the purchaser, but they they were a big gift for m. The are knwn as “emoji” according to the name on the little plastic package. This was the answer to my daily problem of what to write for a prompt: a thumbs up sign, a Victory symbol and a yellow guy with sun glasses. What is a nuance? Of course it is a subtle difference and I now had one. I had a purpose in my blogging life. The next step was to take a photo of my three Emoji, which was not so easy. I decided a black background would be the best choice. Mr. Swiss was not so happy as I chose our highly polished black sideboard and he was convinced that my studio portrait would leave marks, especially as each object had a suction pad to make sure it would not fall. I then organised my three objects to lay on their side, not needing the section pad – just a nuance, but saving a mark on the furniture and making Mr. Swiss a happy Mr. Swiss.

I decided to read more about these wonderful free gifts from the Co-op. You receive them with each purchase amounting to 20 Swiss Francs and there are 24 well-known symbols amongst which as the well-known laughing Smiley, the Unicorn or a heart. What could be better, and Mr. Swiss has now been given instruction to make purchases in the Co-Op. The special offer lasts only until 15th April and per 20 Swiss francs of spending money you receive such an object. I now need only 21×20 Swiss Francs to have a complete colleciton = 420 Swiss Francs to be spent in the Co-Op – just a nuance really. Why are Co-Op doing this? It seems that their spokesman said that Emojis are today a favourite method of communication and are no longer to be omitted from daily life.

I find them pretty and amusing and cannot imagine how my day was complete without them. I think I will stick them on my computer, I am sure they will be an supplement to my day, adding a nuance to my life.

Whew, I found a nuance to write about – these prompts are getting more complex by the day.

Daily Prompt: Nuance of the Day 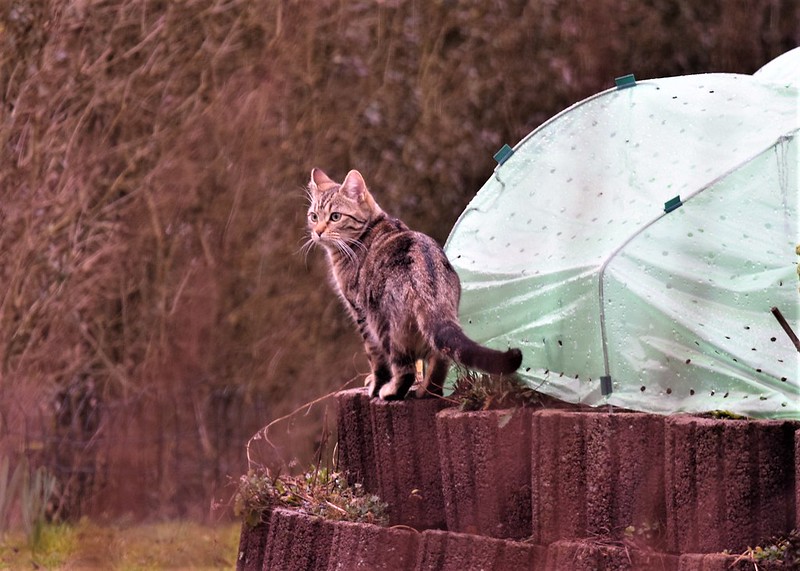 Introducing unknown cat. He arrived, or she, a couple of months ago as a kitten and the people it owns decided to let him discover the area. Since then the kitten is becoming a cat. It was never shy and even followed our 14 year old Tabby when she saw her outside. Tabby is not the sociable type, so pretended to ignore the newcomer on the block, but there were no fights, just a hiss now and again. She resembles Tabby, even has the MacDonalds “M” on the forehead.

Otherwise I am annoyed today. It is Thursday, the day we change the bed linen. I know I have plenty of time, nothing better to do all day, but I like to rise perhaps 10 minutes earlier to have my life timely under control. This morning we both awoke only around 7.30, which brought my timetable completey down. Mr. Swiss remained quite cool, but I did not. First things first, so I stripped my duvet and pillow and re-covered them with clean linen. Mr. Swiss then arrived and switched the light on. I cannot bear bright lights early in the morning. The blinds were open and there was enough daylight for me. I disappeared to the kitchen and left him to deal with the rest.

There were things to do and so I began with plugging in my iPad to give it strength for the day. I plugged in my Kindle for the same reason and moved my computer to the kitchen table. Took my diabetes tablet, made my tea and prepared bread for the birds and afterward my breakfast slices. It was now computer time and I am here.

Since I got my new iPad I had been answering messages and checking through the nightly movements from my bed, but this morning this was all destroyed by sleeping too long. My new iPad is super, with the largest capacity, and I am now really loving the advantages it has. I can write answers so quickly on it (from the bed in a horizontal position) and I can now add all the apps I need and wanted. My old iPad still works, but sometimes welcomes me with a black screen and wants to be uploaded again. The new one is always ready, day and night. Of course it does not replace a computer, never will for me, and I would never write my bloggy stuff on it – too much organisation with photos and text, but as a lazy solution, it is ideal.

Anyhow I am now more or less up to date, a quarter of an hour later. Sounds silly I now, after all I am not going places today, at least not this morning. I just like to have time for everything without stress. I do not wake earlier because of my online life, I just get bored laying awake in bed and doing nothing. I now have the ideal solution, thanks to new iPad, as long as I do not sleep until almost 7.30 a.m.

This morning I have a few windows to clean, just to keep up appearances on the window front and save more strenuous work by not doing them. I have realised with my golden oldie experience, that doing things regularly means less time spent on them and is not such a strenuous task. This afternoon, all being good on the weather front, I will take my camera for a walk, or it might take me for a walk.

I can hear churchbells ringing in the background, so it might be one of those church things today – no idea, but it sounds good. It is a dull day and raining.

I must now go, have caught up on everything it seems – oh the stress life of a golde oldie – yes we have problems, but by the end of the day we can look back on it all and wonder what the problem was in the beginning.

Have a good day everyone, take it easy – like me 🙂 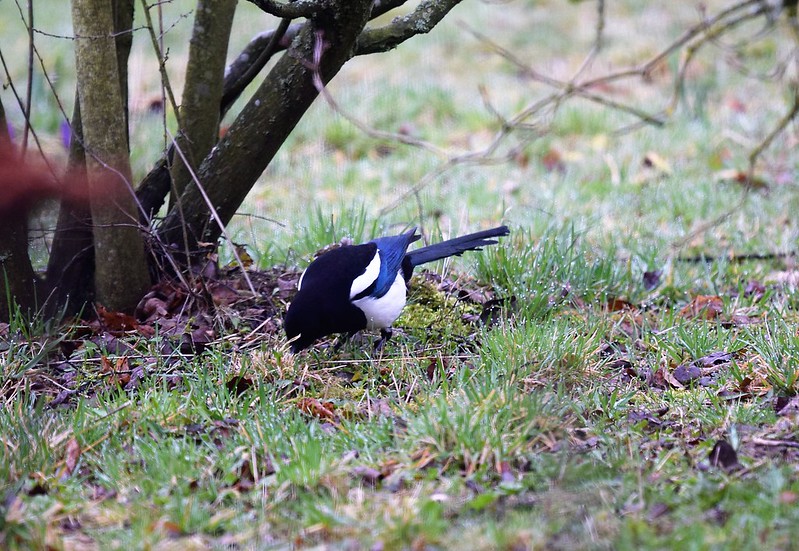