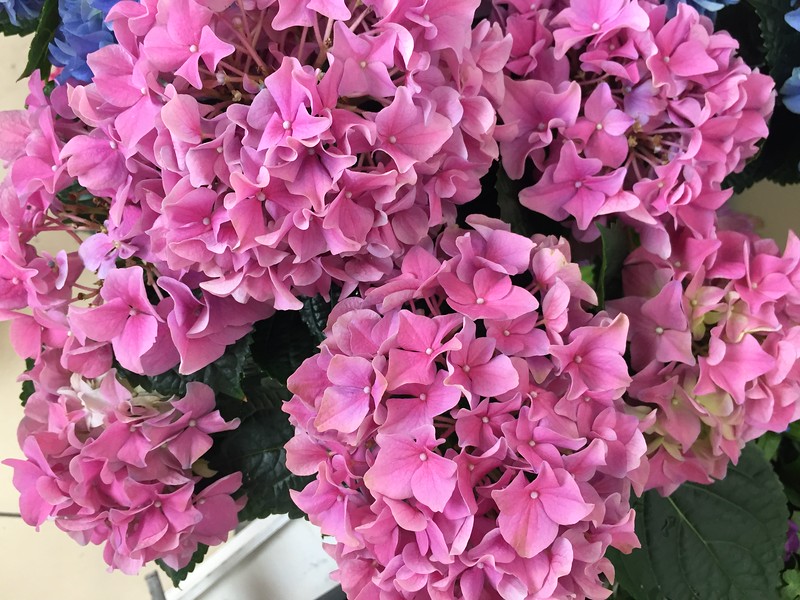 They are coming, and will soon be here, only a few more months to wait for the hydrangias. In the meanwhile we can admire them in the store. I wonder who actually buys such plants. 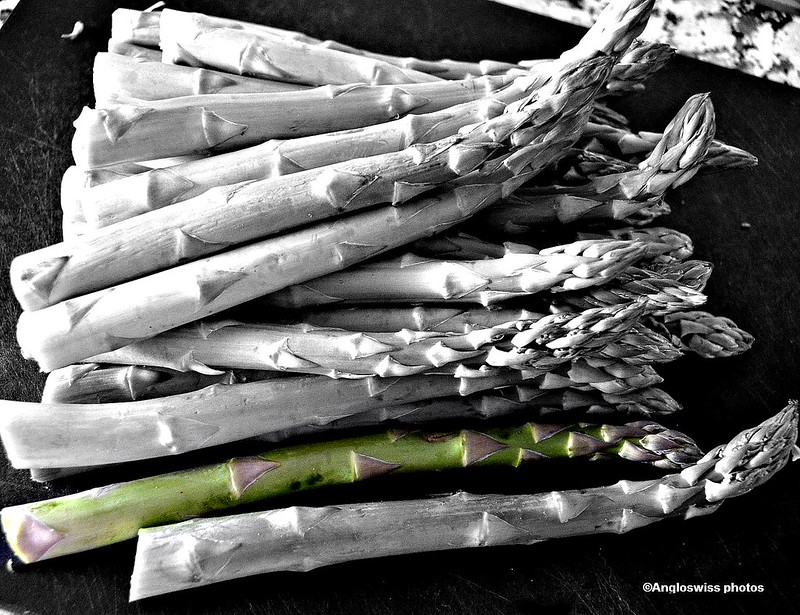 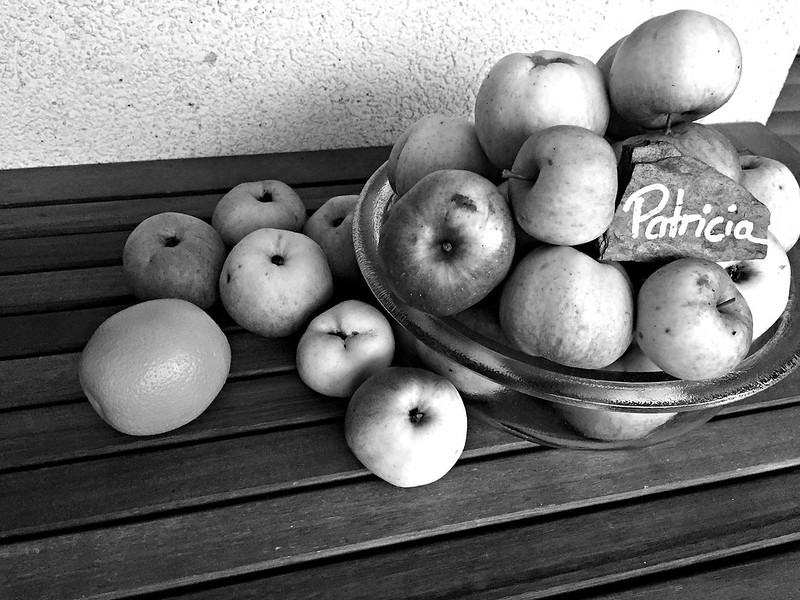 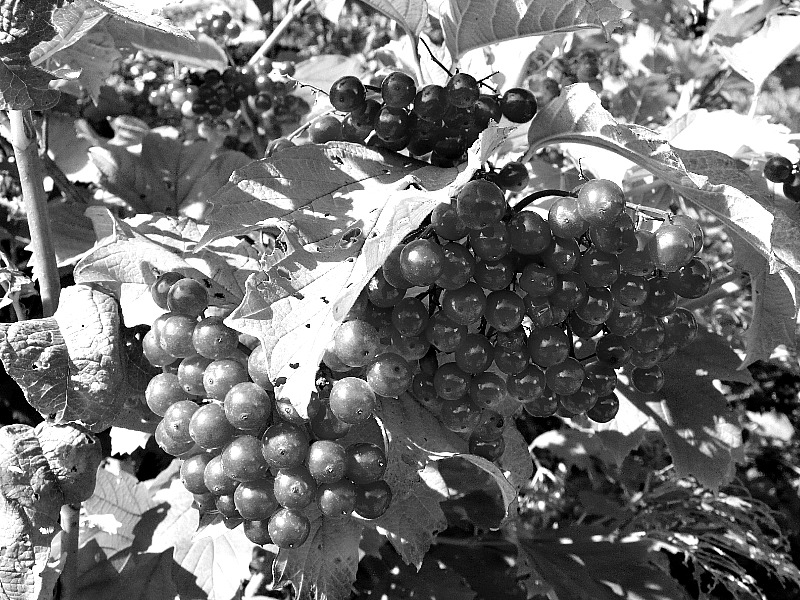 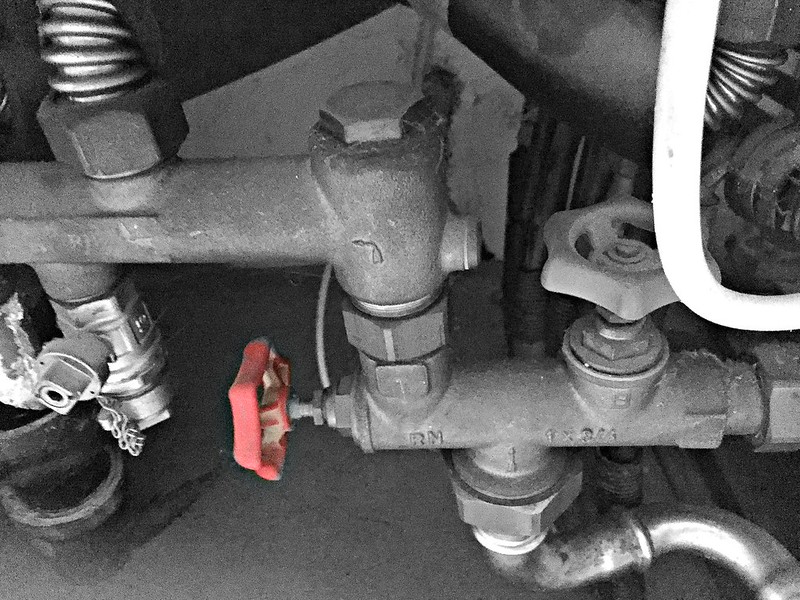 Inside the boiler for hot water

Cee’s Black & White Photo Challenge: Letters A or B 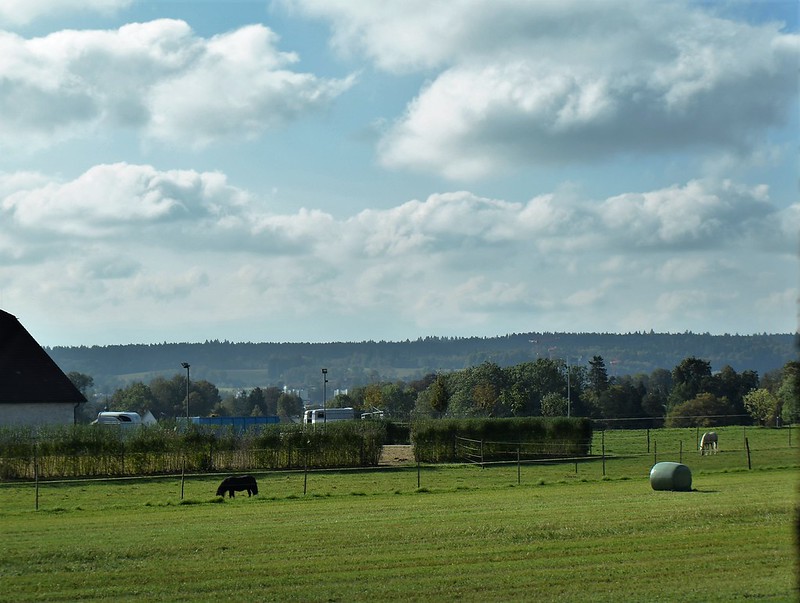 Turquoise is one of those colours I find difficult to define. Is it blue, is it green? After going through at least 10 photos, I deicded yes, this is it – or is it? 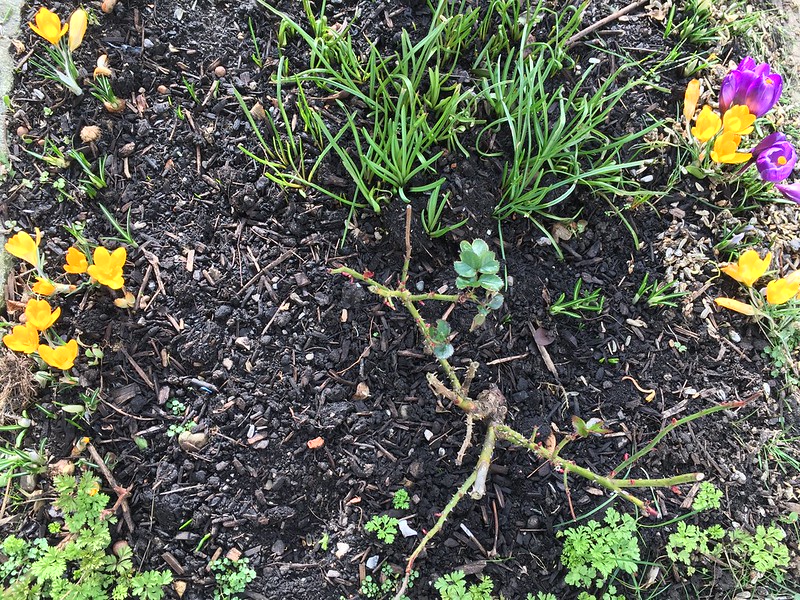 If someone had told me that on the first days of March I would have crocus flowering in my garden and anemones sprouting,I would not have believed it. I would have doubted it. I would have accused them of spreading fake news, but there you see, fake news is not always fake news. I have crocus. This morning was a dull cold morning, and this afternoon the sun is shining.

However to be able to see the crocus a certain 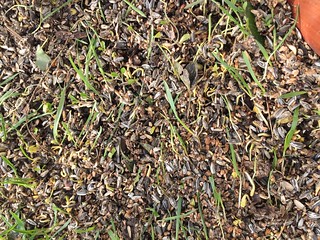 amount of work had to be invested. We had been feeding the birds throughout the Winter. Actrually we are still feeding the birds, although they probably can now find their own food, but we want to be sure. The problem with feeding birds is that they eat seeds. To get to the seeds, they have to shell them and remove the outside coating. Now birds are not really fussy where the unwantd shell falls, after all they have humans to clear it away. And so beneath the bird house a heap of unwanted shells were beginning to collect, together with some bird seed.  In the meanwhle the weather got quite garden friendly, and as it would happen the seeds began to produce roots. I was now confronted with a layer of growing bird seed. I have no idea what is contained in the bird seed mixture, although I did recognise some sunflower seeds, but sunflower seeds seem to be No. 1 in the bird food hit liste, as I did not recognise sunflowers poking their heads through the earth. If you doubt my remarks, I just took a photo of the remains of the growing bird seed in the garden together with some seed that is thinking about growing.

This morning I decided to attack the pile of growing bird seed and the miniature seedlings that were now beginning to take over my garden. Someone one told me that bird seed also containe hemp seeds, so all the more reason to get rid of this as I did not really want to have problems with being accused of drug peddling. 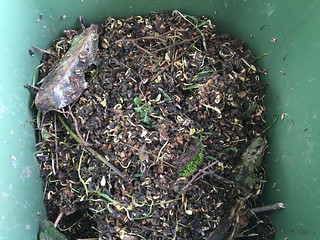 I took yet another photo of the contents of the bin, to prove that this was definitely not fake news, but the actual facts. After the removal of most of the growing matter, the birds arrived to peck at the remains.

I would say, in context with the word of the day, never doubt the power of bird seed, it can take over your garden if you are not careful. 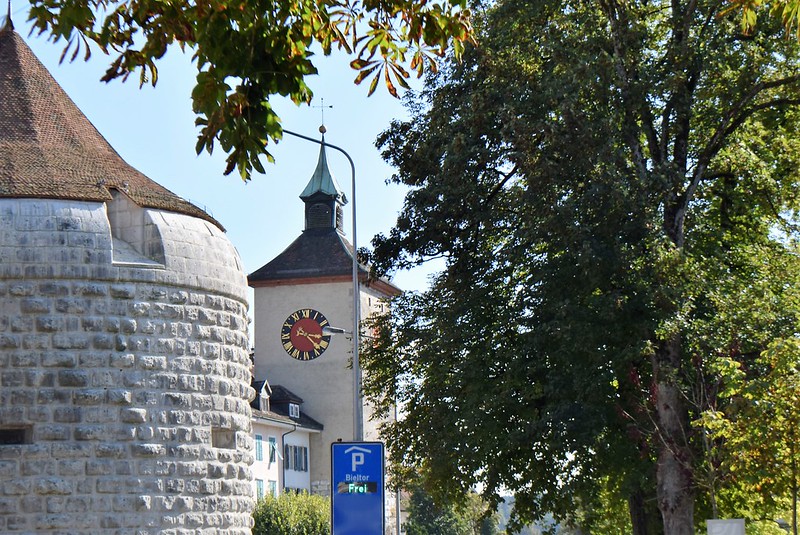 I should not really be here, but am here all the same, munching a quick breakfast on the side of my computer. I have to be in Solothurn at the docs by 9.00 a.m., so still have more than an hour to do what I have to do before leaving. Mr. Swiss will be my chauffeur. It is raining and very dismal outside.

Mr. Swiss explained why I have to go at such and uneartly time in the morning. It is because the assistant vampire that removes the blood from my arm, has to get it in the post, or the laboratory, today, to have the results as soon as possible. Vampires just love fresh blood it seems. It is not a death defying feat that will be performed, but just a check to see how I am reacting with my MS medicine. Up to now there has not been a problem. There will also be a long term diabetes blood test to be made. Oh, the stress of a golden oldie life.

This process only takes a few minutes and afterwards I will be back. Otherwise, Thursday is always smooth running with no special tasks to perform, except for cooking lunch.

See you later, must go, there are things to do and places to go.