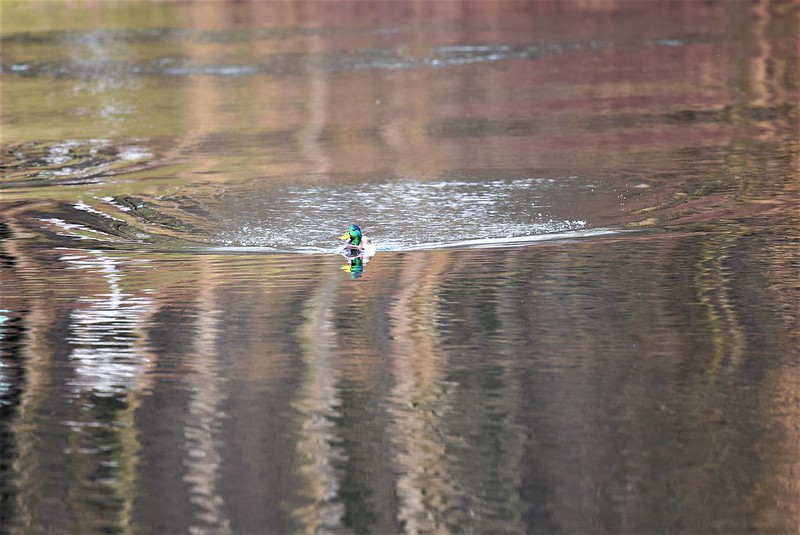 Sometimes I feel like a duck out of water. At least they get somewhere. I seem to take three steps forward and four backwards and it all goes in slow motion, no quicken here.

This morning there was a ring at the door. Ok, no problem, that is what doorbells are for, otherwise you would not find out why the door bell was ringing. I was at the end of breakfast, in the middle of composing an important work on my computer, and there was someone at the door. It was not the immediate door, but the door at the entrance to the appartment block.Mr. Swiss was otherwise occupied in the the bathroom, so I decided to do the honours, dressed quickly in a respectable kaften and see who it was.

It was the postman and as he only rings twice I was glad to get to the door before he rang twice. I was actually expecting him, although had forgotten he was coming in a golden oldie moment. I ordered three months supply of my medicine and it was being delivered. It is always done by special delivery as I have to keep it in a freidge until being used. I have a special fridge in the cellar. I transport it into this fridge to get it out of the way and save time which meant I had to go to the basement: no problem, we have a lift. However it became a problem when I left the life and entered the cellar. I was carrying a large box in both hands, made some sort of silly step when entering the cellar door and the world turned upside down.

I grabbed out as I was falling, but did not find anything to grab, so eventually was sitting on the cellar floor, after meeting a door and a few other objects on the way. I was still breathing, had no real injuries actually, but was a little shaken. Now the next problem arrived. I cannot get up, one of my MS problems. Once I am standing, everything is OK, but I was alone and sitting on the cold cellar floor. Mr. Swiss was in the appartment and did not even know that I was in the cellar.

I had visions of being forgotten, never being found. However, never give up. I sort of managed to half crawl to he staircase. 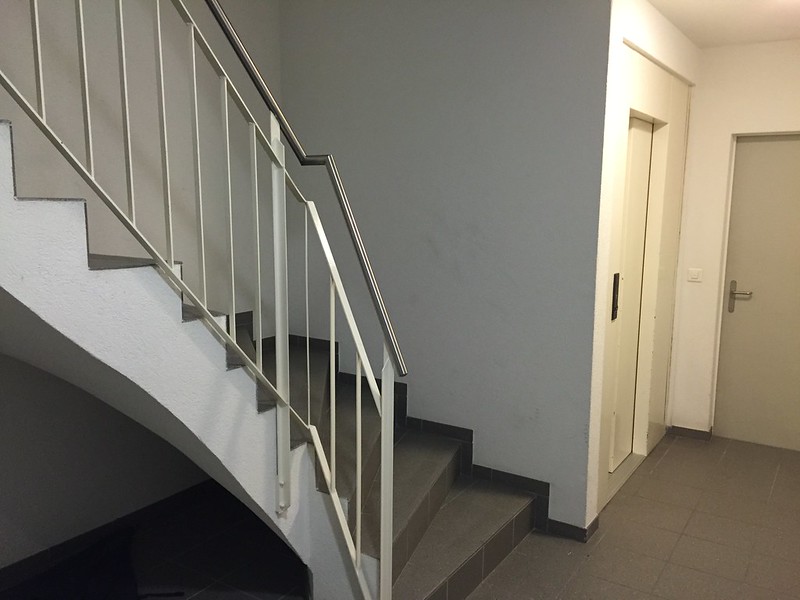 Yes, this staircase (the lift is next to it). I have a photo of everything. And the lift would have not been a good idea, because I would have to stand to reach the button, and I could not stand. I sat on the bottom step, hoisted myself to the next step and gripped the banister on the side. One step at a time and I was standing, really standin, what an achievement!  I was still a little shaken, but was in one piece: not even a bruise. I returned to the appartment although Mr. Swiss met me half way. we collected my medicine from the cellar floor and put it where it belonged. I am now under orders, which was more like a threat, never, ever, again to do these things on my own.

I could have knocked myself out, broken bones, and in the worst case scene, be dead, although I probably would not have noticed that one. I have decided no longer to do “quick” to quicken things up, but one step at a time.

19 thoughts on “Daily Prompt: Even quicker”