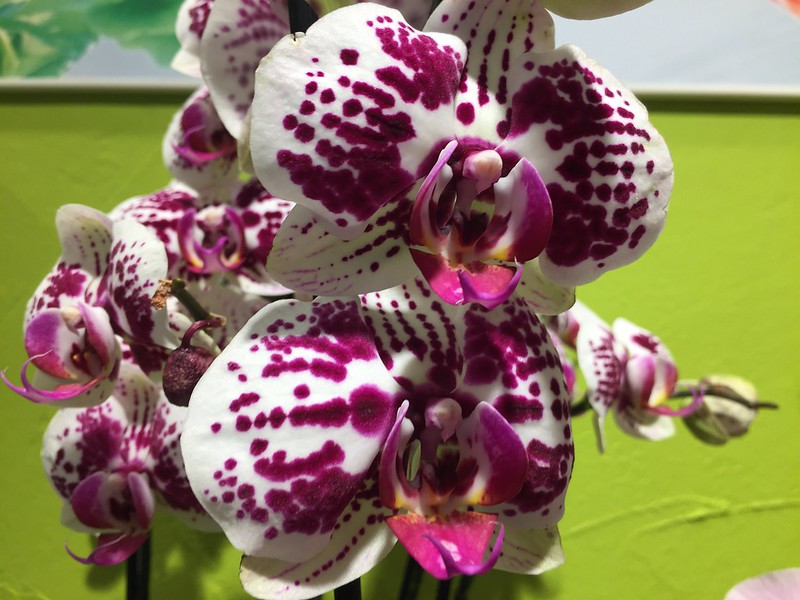 Another orchid beauty found in the store. 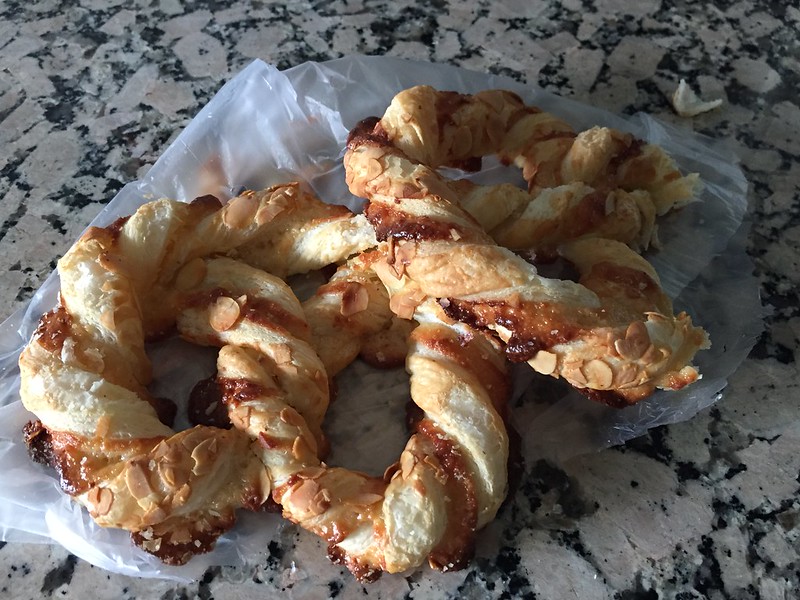 I do have a sweet tooth, so try everything that is new and interesting. Our supermarket began to bake their own sweet stuff on the premises, you can see it being done, a sort of open kitchen. One of their specialities is a croissant sort of thing. I tried one, it was OK, but not something I need every day. Mr. Swiss often buys himself one during the week. It is wonderfully sticky on the outside where the almonds and the sugar get welded together in the oven, and now we have the colour of almonds and the pastry. 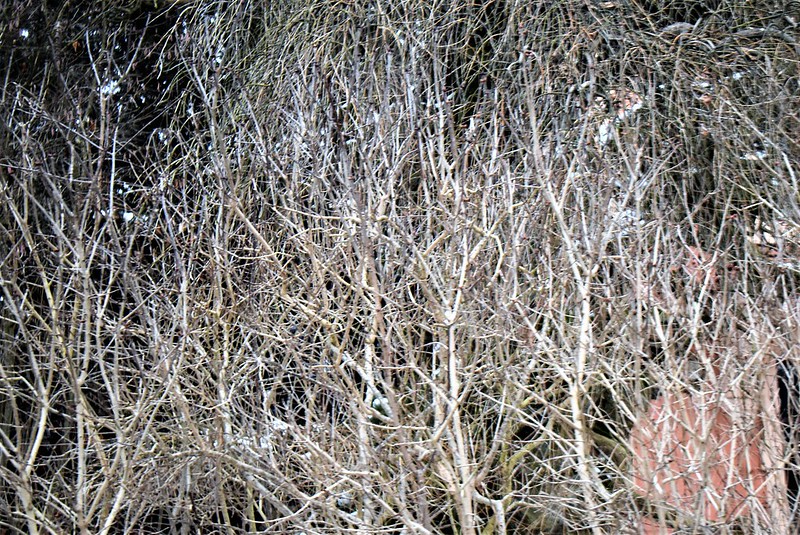 That is the problem with growing older. Actions that used to be automatic you now have to think about before actually doing them. Life was an automatic string of events, you rose in the morning ready for the new day. That is where it all began. Your thoughts now resemble the photo,  everything used to be so straight forwards. You got out of bed, stood on your two feet and began to move. Even rising from the bed becomes a problem. How shall I do it today (not every day is the same, otherwise it would really be boring).

First of all think about it, and move. Everyone has their own way of doing it. If you are still young and fit, you stand up. If you are a golden oldie, you push and strain and with luck you will be sitting on the edge of the bed. Wow, you are actually sitting, anyone can sit. Now the next part could be precarious, the first steps of the day. Put on your house shoes, that is always a good thing to do, it helps the stability. The next part comes automatically naturally, although you have to persuade your legs to move where you want to go. And so life goes on.

Using the vacuum cleaner is easier, because it does it all automtically. You just have to push it in the right direction, but be careful you do not trip over the cable. Cables often have a life of their own. Cooking: no problem, you cook the same stuff constantly. Perhaps you might add too much salt today, or not enough. That adds to the spice of life. It would be monotonous otherwise.

Another sleep after lunch and it all begins again. You wake and want to move, but it takes a few minutes until the body joins in with the brain.

Everyone has their programme, and so I switch on the computer for my daily prompt, which reacts automatically to my commends, at least it should. But there we have the human factor again messing it all up. Someone somewhere decides to change the programme, an improvement of course and nothing works automatially again. Your golden oldie brain no longer understands the world. Why are they doing this to me, it was so much better before because every came automatically. Now I have to seasrch. Profanities are uttered and suddenly eureka, you have found the missing link, the lost chord has returned. Even the arrangement on your terminal is different. Everthing  is in a smaller version and you are being asked questions that never used to be asked.You complain and join in with the general discussions of unsatisaction. A day later you wonder why you bothered, you have already forgotten how it used to be, the brain has been reprogrammed. Even golden oldies get to grips with it eventually. It all arrives automatically.

To the tune of Greenfields, we all know it.

Greenfields by the Brothers Four

Daily Prompt: The Automatism of the golden oldie 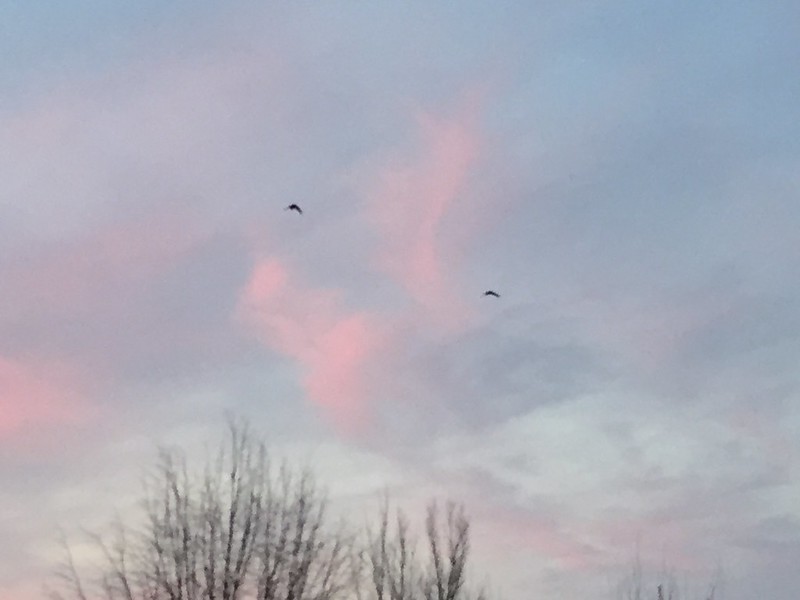 For the first time in a few weeks the sunrise presented a good view of the sky. I even managed to capture two crows on their way to wherever crows go in the morning. I suspect they had spotted the food in our garden and decided to collect a few samples for later. Our skies have been permanently grey for some time, but we are now getting actual real sunrises, although the night temperature was still approximately -7°C. It can only get warmer. I prefer the colder temperatures, I seem to have less aches and pains and it encourages me to get moving more. 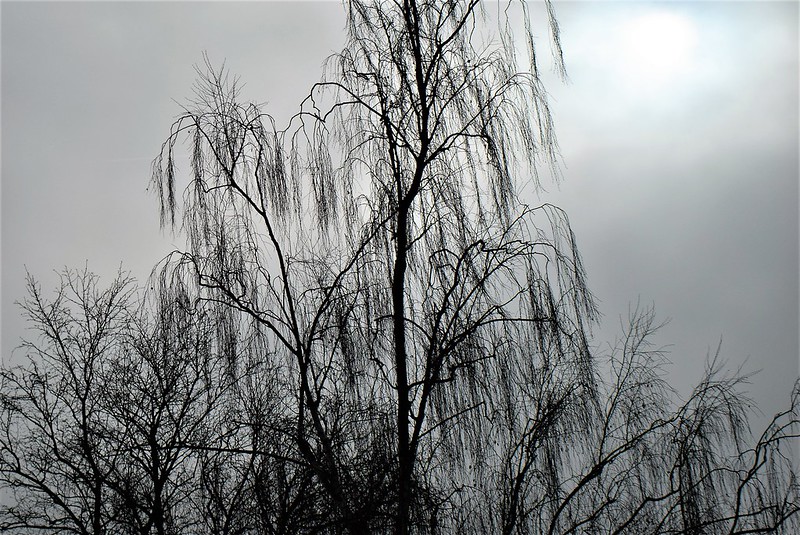 The trees have lost their frosty coats and now waiting for the leaves to appear, although that will be a about 1-2 months. Every season has its beauty and I find the silhouttes of the leafless trees a wonderful painting.

Yesterday was a day of shopping for the week-end. We had everything planned down to the last mushroom, at least that is what I thought. As we filled up the shopping trolley with the tropies, I struck the items off our cloud list on the telephone. I was not so movable yesterday, but Mr. Swiss was springing  around in the supermarket like a spring lamb and gathering all the goodies. It was then in my euphoria that I struck the word “mushrooms” from my list, twice. I needed them for yesterday evening and for the pizza today. This was a mistake as when we arrived home we barely had enough for the evening meal. However, we afterwards discovered it was enough. We also fogot the frozen french fries, but I found two half bags in the freezer so we were saved. Even making lists needs the human factor. 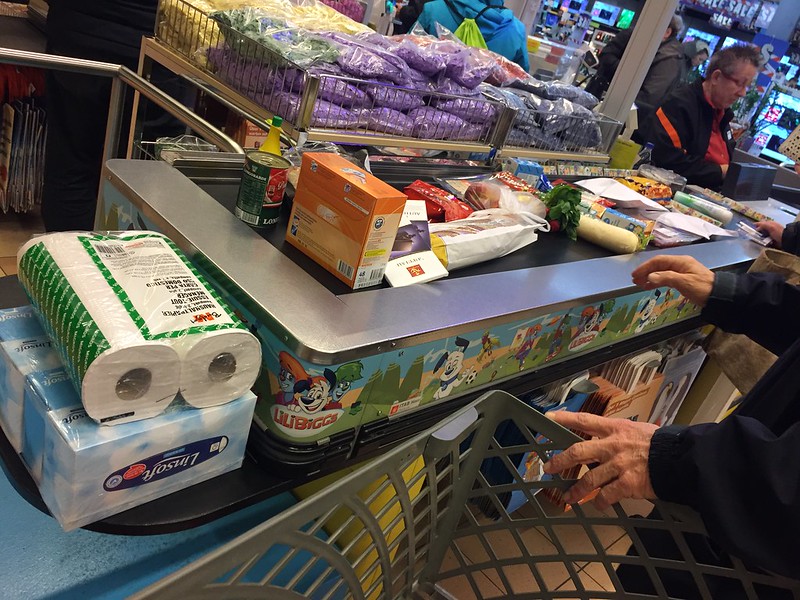 If you find life boring in the supermarket when waiting to pay, then take a photo, something for the grandchildren one day. Note the super pack of paper handkerchiefs on the left beneath the rolls of kitchen paper. They had a special offer for three packs together, which we were very glad about, both of us sneezing and coughing in unison at the moment.

Today is Saturday, so I will be taking a relaxing morning at home, a little bit of cleaning, a little bit of ironing and a little bit of cooking. Mr. Swiss will be on a safari in town to buy the mushrooms we forgot and anything else we might need. He prefers town to the supermarket on Saturday, less stress. It is market morning on Saturday in town with all the various stalls. I remember my mother-in-law who  loved the Saturday morning market. It was a social event on her calendar. She would dress for the action and enjoy every moment spent on that market, meeting various colleagues and examining the goods on the stalls. 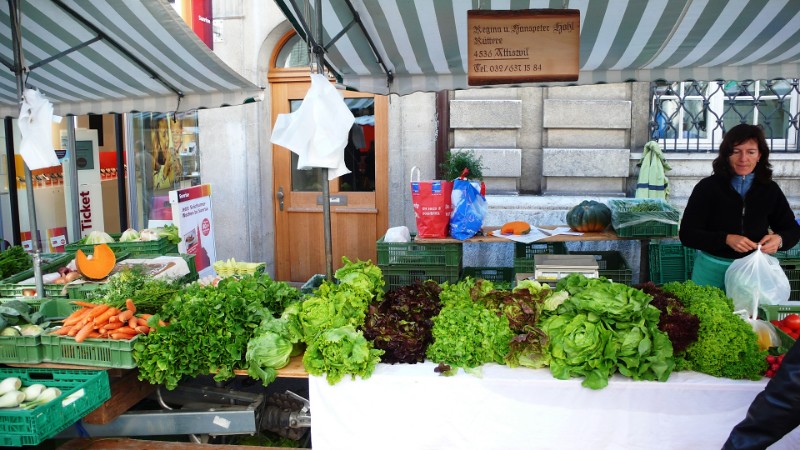 Time to go, I have other things to do. Cannot sit on a computer all day, now can I, or?