It is not such a good morning really. I sit here at the computer and my head feels like it is stuffed with cotton wool with a running tap at the front. Mr. Swiss can never keep anything to himself, he is so generous, he has to share everything and so he is sharing his cold with me, although it is a hand me down. He had already moved on and now it is my turn. I am increasing the turnover in the sales of boxes of paper handkerchiefs and leaving a trail behind me. This morning when I left my bed I had to step over those that I had thrown out of my bed during the night. Mr. Swiss asked “were you awake all night?” As I deemed this to be a silly question, I decided to ignore it as I was tempted to give a silly answer. But life must go on, and a woman does not let herself be defeated by a simple head cold, even if you have the impression that it is worth an entry in the Guiness book of records and after all it is not as bad as a man cold, where the patient suffers. 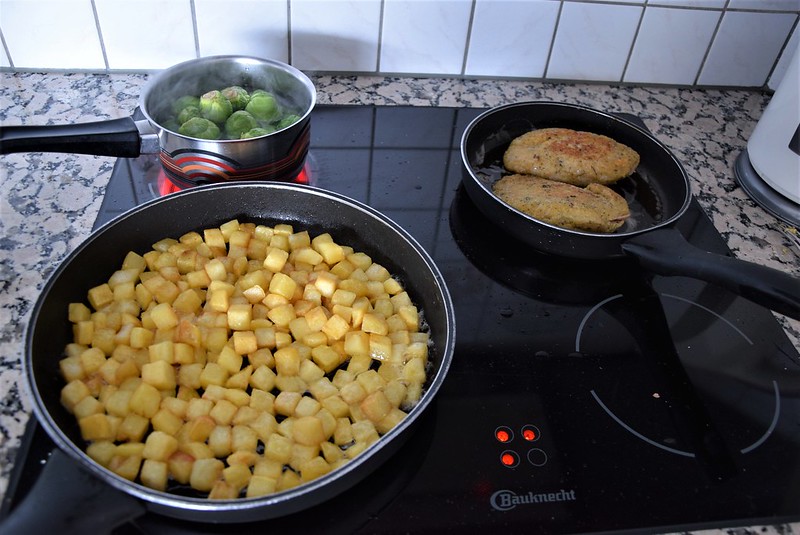 No.1 son has now returned to work, so I made the most of it yesterday by cooking brussel sprouts. They had a special thing with cordon bleu in the local supermarket. That is a slice of meat, usually pork, cut through the middle and a slice of cheese place in the cut. It is then breadcrumbed and the fried. They had a selection in the supermarket of different sorts, with little flags in them showing which Kanton they represented. We both chose the one from Kanton Ticino, the Italian part of Switzerland as it had mozarella cheese and dried ham. I fried some frozen potato cubes with it. It was OK, but far too much. Mr. Swiss and I agreed that one piece of meat would have been enough 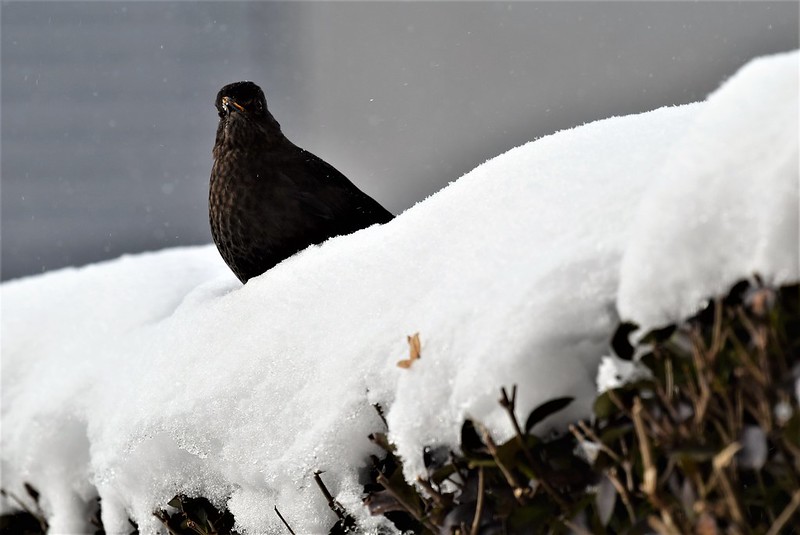 In the meanwhile we are surrounded by blackbirds. They are everywhere. Mrs. Blackbird sits on the hedge and watches every momement I make.The others are busy digging into the snow to discover if there is anything worth eating below, It was a cold night and Mr. Swiss tells me that the snow was frozen this morning.

Due to having a stuffed head yesterday evening I decided that reading was not the idea and so I watched television. There was a programme about various serial killers, two from Russia and one from Austria. I remember the Austrian case, Jack Unterweger. He was not a bad looking guy, and had a talent for writing: so much so that people decided he must be innocent, after being found guilty of killing a few ladies of the street, and so eventually he was set free. He went to America and suddenly dead prostitutes were appearing in the places where he was living. One thing lead to another and he was arrested. This was now the time of DNA proof, although they caught him because of the unique way he tied a knot in the rope around their necks. He never got to know about the DNA proof because in the meanwhile he committed suicide. It was a strange and interesting case, and I remember the it quite well as it all happened in the nineties.

And now to the meaning of life. I will drag my tired and weary bones around the appartment leaving a trail of handkerchiefs behind me and make preparations for an excursion into the unknown world of the supermarket.It is a far far better thing I am doing than I have ever done – famous last words. Aahhhhtishooooooo. 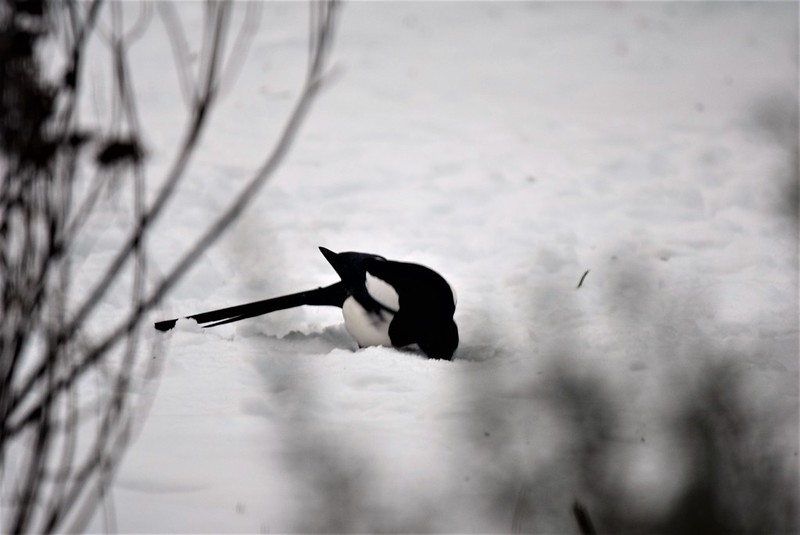