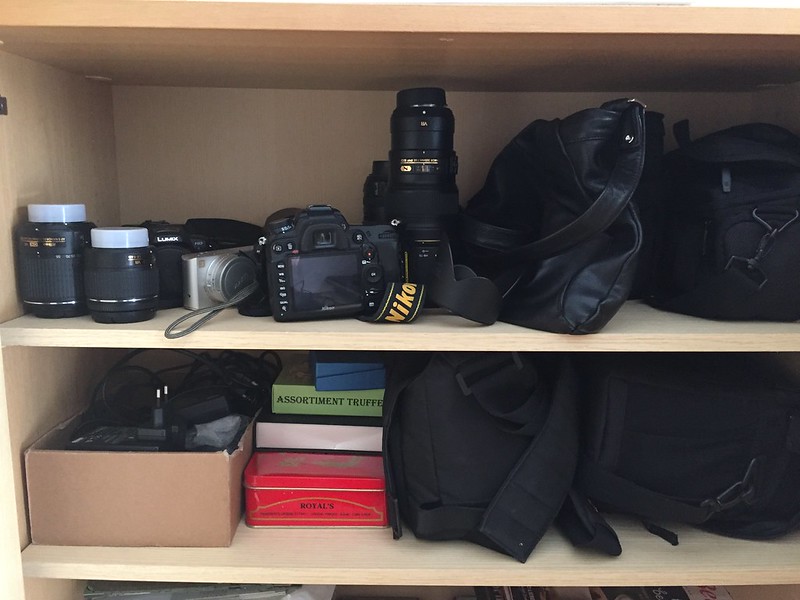 I never thought that photography would one day be called a “hobby” in my life. Such things were never really encouraged at home. Photography was a brownie box camera, black and white photos, and developped at the local chemist/drug store. The photos were of family members, holiday situations showing dad, mum and/or me. There was no imagination used, you were saving memories to show everyone when you returned home from the holiday, or somehing for the days gone by. I would say that the thing about memories is very good. Without the photos from my days of childhood with mum and dad, I would have nothing to remember them by.

However fast forward to the day when the digital camera arrived and Mr. Swiss found it was a must. It was a very elementary thing at the beginning and then he bought something better – a Panasonic Lumix, the silver coloured one third from the left at the front. This too was no longer good enough and he replaced it asking me if I wanted the predecessor. I did not look the gift horse very long in the mouth, and decided why not. I then discovered that digital was quite useful and so I began to take photos everywhere and anywhere. I soon gripped the possibilities of an upload onto the computer, and my deal with digital photography was completed. I do not think I would have ever got into photography otherwise, because I had no contact to photographic people, with knowledge of developing your own photos. I would have bee too lazy in any case. In the meanwhile I have given Mr. Swiss my Canon super digital camera that I bought, as I have progressed to better things. He accepted, but has given it back to me, saying he can always use it if necessary. He now mainly uses his mobile camera on the phone.

This was a beginning of an exquisite relationship between me and photography. I decided with time the hand me down from Mr. Swiss no longer met my requirements and so I progressed to a “bridge” camer, again a Panasonic lumix. I enrolled in photography classes in the local evening school and took my bridge camera with me, realising that everyone else was into DSLR with their mainly Canon cameras, although the guy in charge was a Nikon man, and also happened to live in my village.

It was an eight week course, but I learned a bit more and of course, afterwards I bought my first DSLR camera, which was a Nikon D7000. You need lens for such a camera – so I began with two, a so-called 80-105 for normal photos and a 200 hundred for things that were further away. Photography is an expensive hobby. Cutting a long story short, last year I invested in my Macro lens and afterwards a 300 zoom lens. I also got a smaller Nikon camera, as dragging my Nikon D7000 camera around my neck was weighing me down and I chose the smaller Nikon D3000 which I have never regretted. The lens I had are interchangeable and it is handy to take everywhere in my handbag.

I now use my heavier, bigger Nikon D7000 for my macro lens, as that lens is heavy and larger.

And so it came to pass that I had collected camera bags, lens and cameras everywhere. I finally deicide to re-oganise my exquisite collection. I began yesterday and realised that just one shelf was not enough. Today I finished the job, by fitting it into two shelves. I had a lot of boxes from various cameras which I have now removed to the hobby room in the cellar. I now have all my cameras and lens with various chargers and other spare parts altogether in my cupboard. I realised I had two wonderful lens from my Nikon D7000 that I had almost forgotten, both having some sort of vibation reduction on them to compensate shaking when taking a photo.

Be warned, never accept a digital camera from anyone, it could lead to complications and could become quite expensive 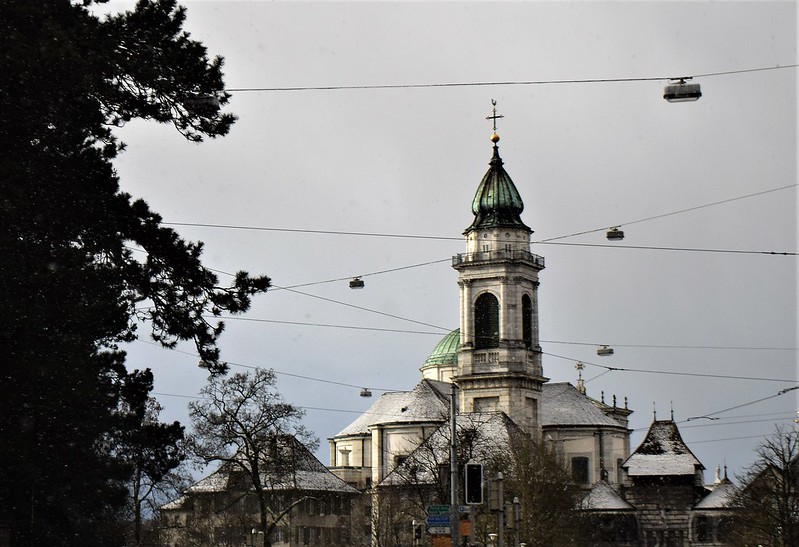 As said eveywhere and anywhere, just passing by the local cathedral in the car and shot a photo.

Daily Prompt: The Exquisity of having a photographic hobby

9 thoughts on “Daily Prompt: The Exquisity of having a photographic hobby”