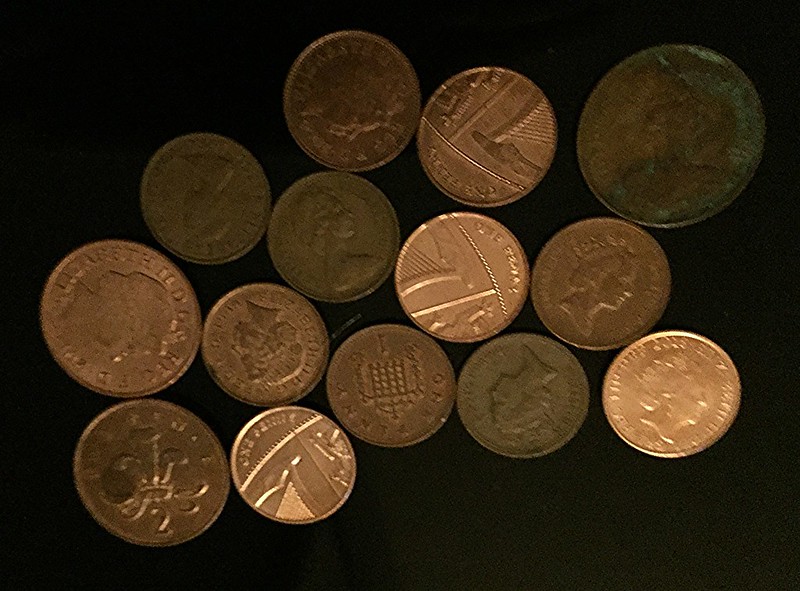 I suppose there is nothing like the real thing. In my younger days in England we had copper coins. The english penny was even known as a “copper” which for some reason was also the slang name for an english policeman. However, english money changed and just before I left England it was becoming decimal.

The copper coins are still there, but not like they used to be. Pennies have remained, but I do not think the new generation refers to them as coppers, because they are often not made of copper. I went through my collection of english money and found the above. Note Queen Elizabeth’s head on the coins. I remember the days, when I was a kid, that we still had pennies with King George and King Edward in circulation.

13 thoughts on “Colour Your World: Copper”