What is your favourite Christmas song and why?

Every year we are confronted with popular Christmas songs. My first Christmas song was Bing Crosby singing White Christmas I think. We have a record at home with various old Chrismas songs and this is also featured on it. We used to give it a play when we were eating our Chrismas evening meal, something to enhance the atmosphere. 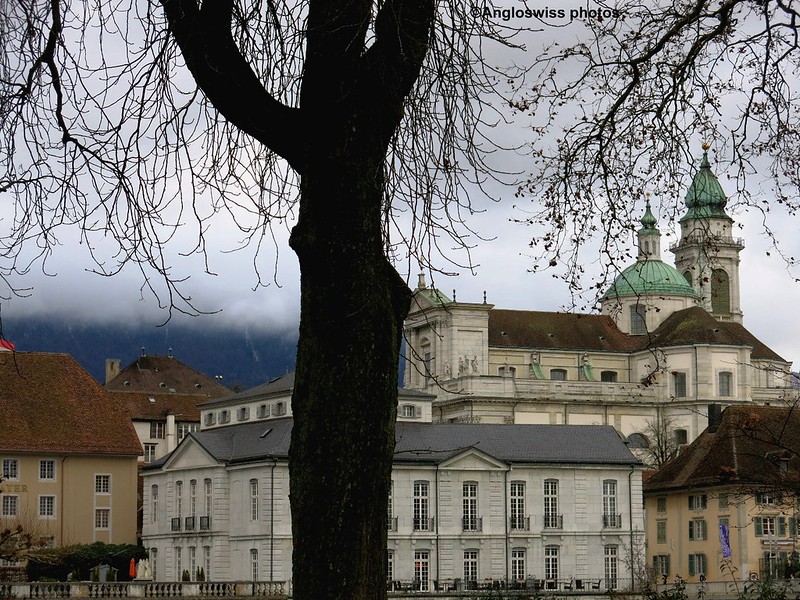 The modern Christmas songs come and go, some are OK, but over the years nothing really remains, until my son joined the local cathedral choir. His school teacher was the leader of the choir, Singknaben der St. Ursen Kathedrale (the boys choir of the St. Urs cathedral). The Swiss Kanton where I live is a catholic Kanton and so we are the seat of the Bishop of Basel and have our own cathedral in the town of Solothurn, which is just along the road from where I live. So the school teacher auditioned the boys of the class, they were then about 11 years old, and my No. 2 son was found to have a good voice (took after his mother of course) and so he was invited to join the choir. The choir covered all religions, so although we were basically Swiss reform church (I think) No. 2 son could join. Practice was once a week and now and again they sang at church services on Sunday mornings, or high days and holidays as we would say in the cockney area of London.

And so it came to pass that their speciality was the Christmas Oratorium from Bach, although not the complete work, just three parts. It was performed in the Jesuit church of Solothurn, as well in two external churches, they went on tour at Chrismas. Son No. 2 had to practice his part, which was on a contralto level, as son No 2’s voice had not yet broken. It was all very technical, and I spent many hours on the piano accompanying him as he practiced his part. I knew this work by Bach almost by memory eventually.

However, songs come and go, but Bach did it for me. When I hear the opening notes of the first part, memories return of a little boy dressed in blue trousers with a blue plush pullover to match, with a St. Urs. Sangknaben badge on it. They were once invited to the Swiss TV studio for a recording to accompany the Christmas time on the telvision, 4 weekly programmes. Anyhow here it is, sorry that it is not one of those modern popular songs, but Bach did not go for that, he was more into the serious side of things.