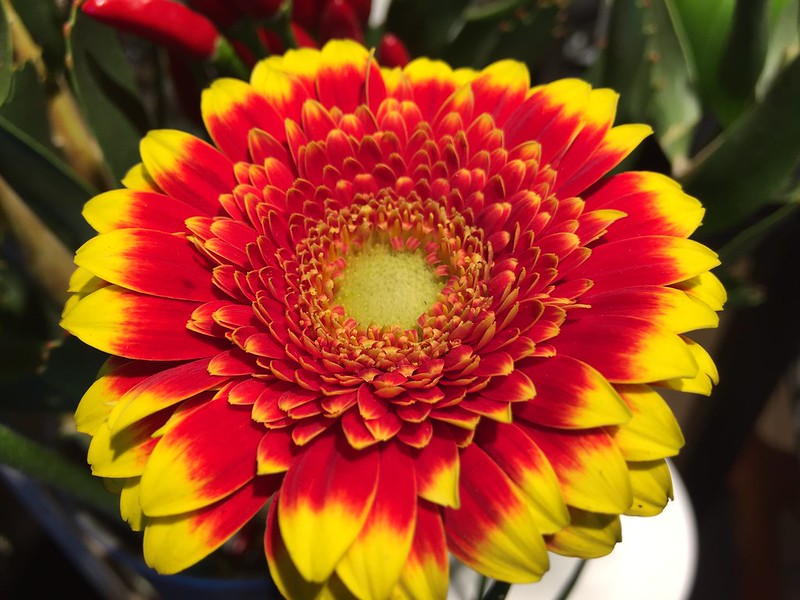 It is most probably a Chrysanthemum although I am not sure. It just made an impact on me when I was browsing around the store for something completely new.

I mean it’s only a prompt, just a matter of interpretation.

I remember a time when my handbag was the most sacred object I had. Do not open it, do not explore the contents, it is none of your business. It was quite well organised as everything in the handbag was nobody’s business but my own. This was all before I realised that a computer was much better than a handbag. It was not such a death trap. Many was the time when I opened my own handbag and found the uneaten remains of a bisuit, a few paper clips, even ball point pens which has lost their insides many months before and were floating around loosely in the handbag compartment. The refills had begun to lose their inky interiors, discolouring the lining of the handbag, and there were a few springs floating around. Springs? I was not so sure about that, but I believe they somehow belonged to the inside of the pen.

Anyhow, that is now all a thing of the past. My handbag only now contains a purse and a camera. It is no longer as sacred as it was, but is also no longer as interesting as it used to be. It was once an adventure to open my handbag and find an array of mysterious contents, which even I was doubtful about their origins. Now I have discovered the cyber world. That is not just sacred, but fobidden: sealed with many passwords and programmes where only I have admittance. 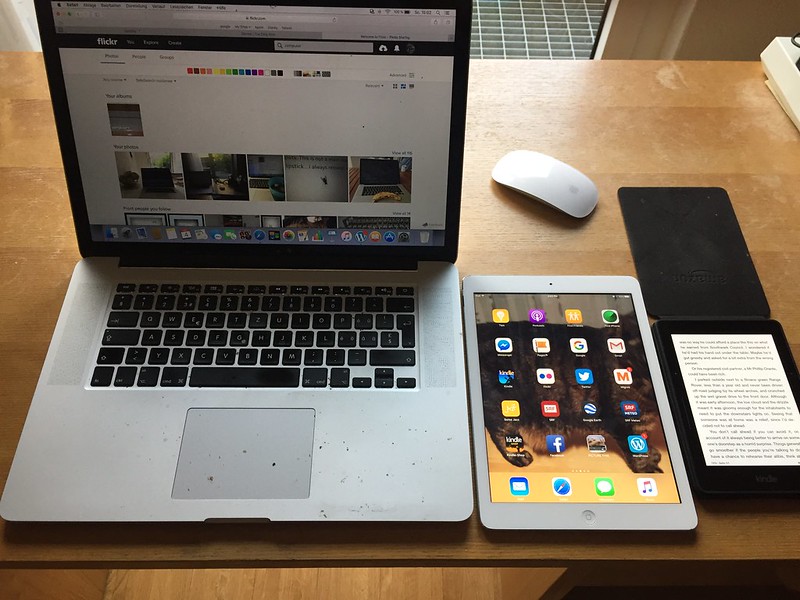 There is also an iPad, and a Kindle as well as an iPhone. The iPhone is not on the photo as I had to take the photo with the iPhone.  It used to be “hands off” with the handbag, but now it is hands off my electronic gadgets. They are very versatile and remain at home in their own special places. I also have a second computer, which is just as sacred as the one in the photo. My iPhone always accompanies me, it is the key to a secure existence, do not touch. It has a secure place in my jacket pocket during the Winter months. In Summer it could be anywhere, according to what I am wearing, but may also be in my handbag. Only I know the insides of these instruments, although in case of emergency I have a list of passwords for Mr. Swiss. I also have a list of his passwords.

It is really just a matter of respect. I would not dream looking for change in Mr. Swiss purse unless I really needed it, and he would not dream of touching my purse, unless he asked first.

Sacred is everywhere, just a matter of interpretation.

Daily Prompt: Sacred, so keep your hands off 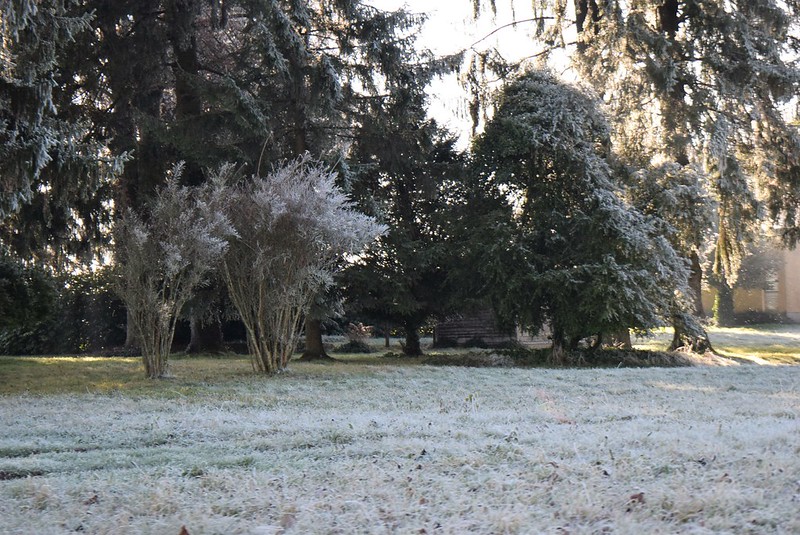 Another frosty morning, but still no snow. Actually I almost did not make it. No, silly me, I do not have places to go or important things to do, it is all in the mind. At 6.00 I was awake as I took a glance at my iPhone next to the bed. It always shows me the time if I press the button. As silence reigned from everywhere I decided to just plug it in to get the juices up to 100% and sleep a further hour, when my phone and iPad would be ready for the daily wake-up call. Half an hour later the telephone was fully loaded with strength and ready to go, but I was not ready to go, so pulled out the uploading plug and attached it to the iPad.

The iPad was a little low on battery juice as I was playing Scrabble and chess before I went to bed yesterday. The world was now in order, at least my world was, but I fell asleep again. Somewhere in the distance I then heard birds singing (my iPad alarm) and a monotonous, stupid song with a happy sound (my telephone alarm). Why do I do this, who needs an alarm, only golden oldies like me. It was now a matter of decision. Shall I leave my bed, feed the birds and myself, or stay where I was. I had a special mini jar of extra fruity jam as a free sample from the supermarket which I wanted to try out for breakfast. Mr. Swiss was still unconscious, so I was on my own.

I am never the first one up in the morning, but there are always exceptions to the rule. It is strange to enter a completely dark appartment, blinds closed and no daylight. Although we always have one light burning during the night from the cooking stove cover which is actually only meant to see what you are cooking, but for some reason we keep it on. It does not bother anyone and Tabby, our feline, can see  better – no, cats can see in the dark. Anyhow I put on my extra long padded winter coat, donned my plastic clogs ventured into the cold and frosty garden and filled up the bird feeder. I also spread some special food for the ground bird feeders as well as spreading the bread remainders from yesterday, cut into beak sized pieces.

In the meanwhile the neighbours new cat in town decided to annoint my garden with his morning toilet. The things you see when rising early. The crows have just arrived for breakfast, and the magpies will probably not be far behind. Mr. Swiss has also now arrived, but he feeds himself, so I can continue with my daily sermon on life in the wilds of Switzerland.

I have really nothing exhausting or special to do today. I cleaned the windows yesterday morning, a quick job as I always seem to be cleaning windows. I also ironed the bed linen, so now I have an empty programme. I am such an expert on logistics, that I will now begin cooking lunch – veal stew – which will afterwards do it all on its own until lunchtime when I cook the noodles. What could be better.

Must go now, I have a time table to stick to. Have fun 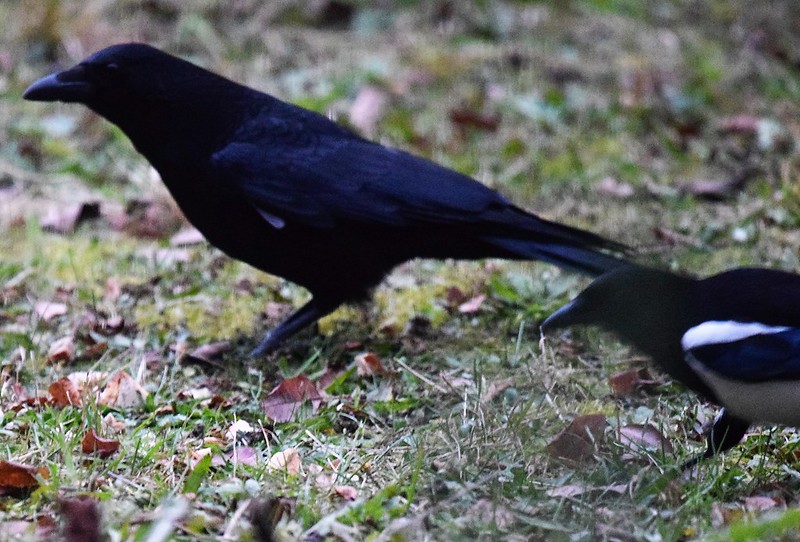