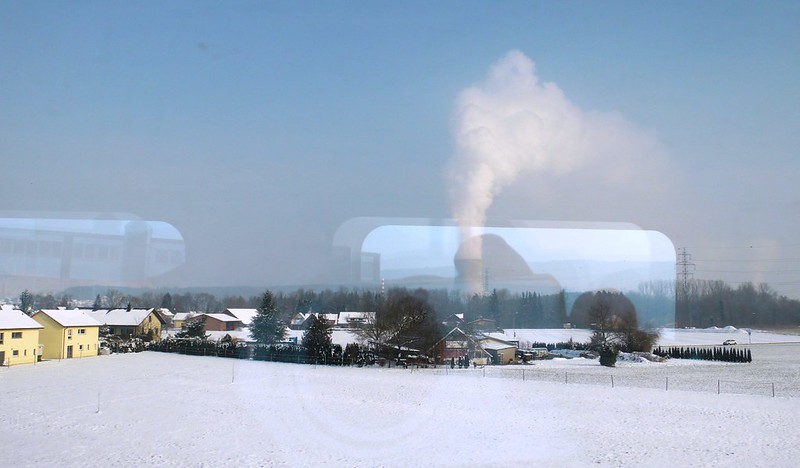 Travelling on a train is never boring. Even taking a photo has a magical effect with the reflection in the glass. It is Winter, the ground is covered with snow and there is a chimney. Not just a chimney, but a gigantic chimney. Steam is pouring upwards, never ending, is this magic. Some may say it is. It is one of the modern magical tricks that humans can perform. Take an atom, play with it a bit, and you get something called nuclear power. I am not a scientist, so do not know how it actually works. I do know that Switzerland is talking about not using nuclear power, and this majestic tower of steam and energy in Gösgen will one day be shut down. The chimney may remain, but the steam will go away. Is it magic or not?