Not exactly weeky, but on 20th May 2016 we had a hailstorm. Not just hail, but it hailed down. At last the opporunity to take a few shots of a real hail attack. 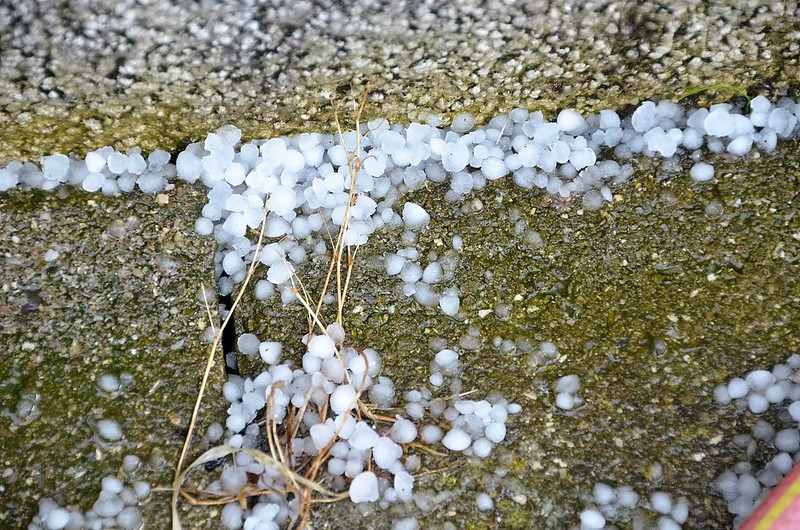 Of course I had to be quick, before they melted. Hailstones do not wait to have their photo taken, they melt as quickly as they arrive. 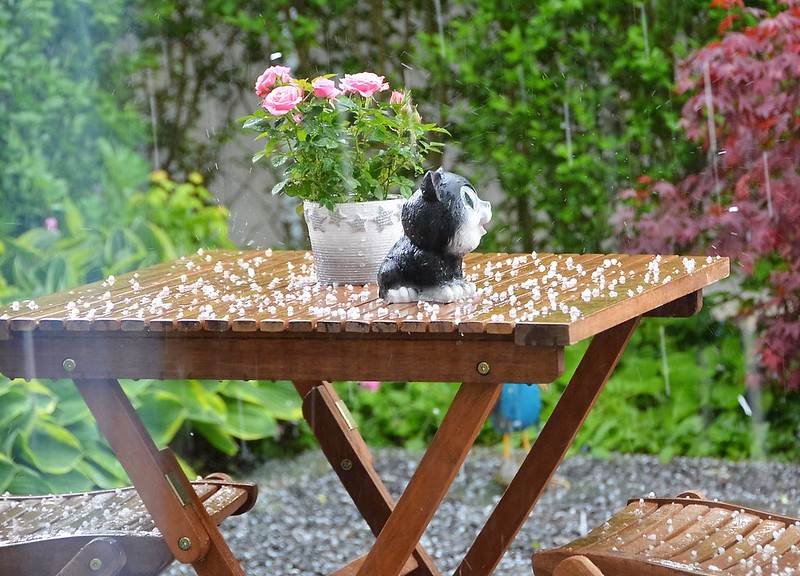 No roses were harmed in the making of this blog, although they did get quite wet. You can see the size of the stones which seemed to be increasing as it fell. I was standing and taking my photos and getting pelted with pieces of ice, but it was all in the name of good work, probably the only time I will ever be able to take photos of falling hail. 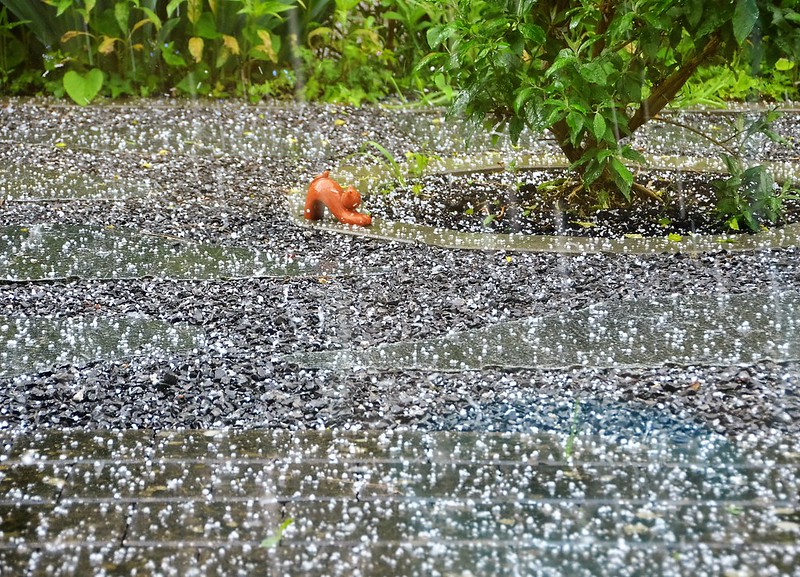 This is where the storm was gradually reaching the peak of its abilities. The pieces of ice were dancing on the ground and bouncing, but I braved the tempest protecting my camera with my hand. 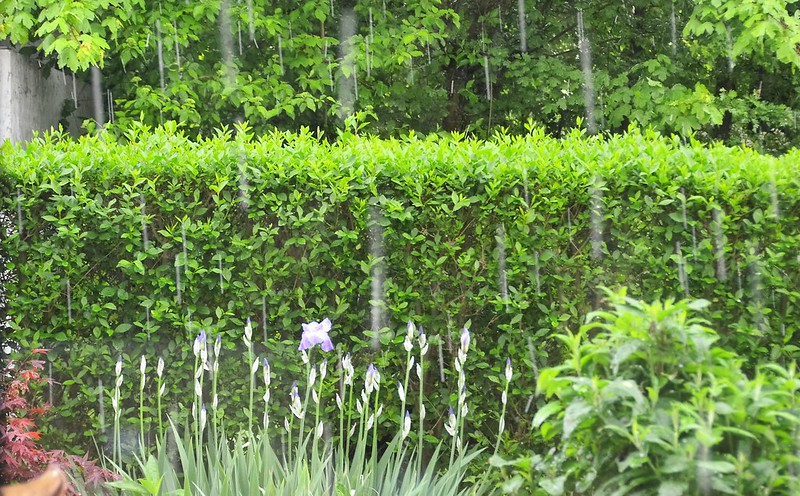 The white streaks are action photos of the hail as it was falling, frozen in time you could say.

It does not happen often, but when it happens it is a one of nature’s theater pieces, a show, with all the effects.