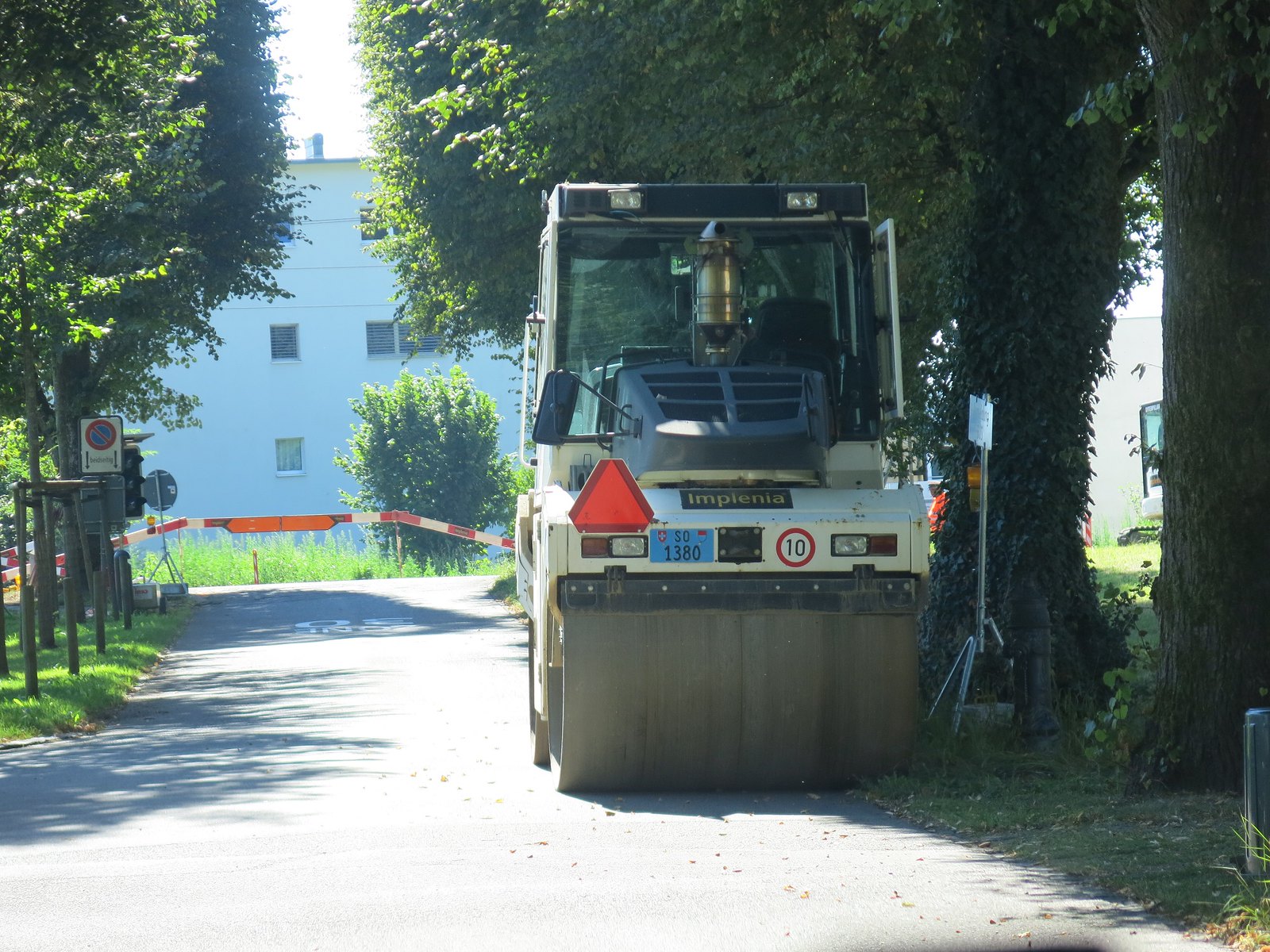 I live in the country. I like living in the country. I grew up in the middle of London, East side, near the docklands: where the lorries were happy to charge through the streets already occupied to overflow with double decker busses, cars and all the rest. It smelt, it sometimes actually stunk. I grew up with petrol fumes in my lungs and smog to enhance the whole effect in Winter. I had a permanet smell of petrol/gase in my nose.

One day I moved to Switzerland, met Mr. Swiss and 50 years later am still here. Switzerland is country where the hedgehogs and foxe say goodnight to each other, even the town of Zürich, which is the business center. I now live in a 500 cow village and share my home with birds, bees, and a garden. During the summer months my early morning call is the bird song. They are early risers and like to tell everyone about it. It is now almost September, and the birds no longer sing in the morning, but a few of them still do some cawing, cooing and a few stifled chirps. I even have a pair of blackbirds that visit my garden every morning searching for a worm or two. Their kids have probably now left the nest and after I feed them through the Winter, they will be the next generation. Isn’t life good in the country?

At least it was until the object above in the photo moved in. Actually it is part of a fighting force. Of course it has a purpose. It is constructing our new main road running through the village. Of course we have motorways in Switzerland as the main connections for the trucks and getting to large towns, but Switzerland is a country of villages and villages are not directly connected to the motorways. For this we have village roads where you can reach all the places with strange names like Riedholz, Niederbipp, Wangen, Zuchwil and Feldbrunnen being my village.

Where it used to be bird song, it is now heavy machinery teering the road surface. They have a particular example, perhaps it is the one in the photo, that insists in hooting every 10 seconds. How do I know? because I counted in between hoots. It rolls back and forth, according to the acoustics I hear from my bed and now and again makes a louder noise. Probably when the driver stops to admire his creative road surface. There is another machine, which I have not yet discovered, only heard. At around 8.30 a.m. it sounds as if a sirene is signaling an attack by a foreign power. It probably marks the beginning of another phase in the daily work, or perhaps the tea break for the workers.

Life is full of surprises. We were warned in the local newspaper that our “through road” would have various obstructions during the repair work, but there was no mention about it being noisy repair work. I often wanted to tell the birds to shut up when they began their chorus at 5.00 a.m., but now I wish they were back.

At the moment it is silent  – 8.30 tea break of course. However all good jobs come to an end and it was published that the work will be finished some time in October, only another 2 months to go. No wonder most of the birds are now preparing for their migration to the South. Mr. Swiss informed me this morning that storks (we have a colony near by) no longer fly to Africa, but stay in Spain. It is nearer. Luckily we have snow and ice in Winter which means the road work will stop. Unfortunately it is the ice that causes the damage to the road surface so when they have finished their work, they will probably be planning the next repair job.

Otherwise it is a morning at home. This afternoon the chief doc, my neuologist, has beckoned. Why I do not know, but I got a telephone with an appointment. It is probably to do with treatment for my MS, which I do not have up to now. He tells me there is no rush and I agree, but suddenly he has probably remembered that I exist and so we will have technical discussions to see what to do. I am still thinking about it, it is very confusing.

Enjoy the day and if you happen to see road workers with machines in your area, then my advice would be to emigrate where there are no roads to repair.