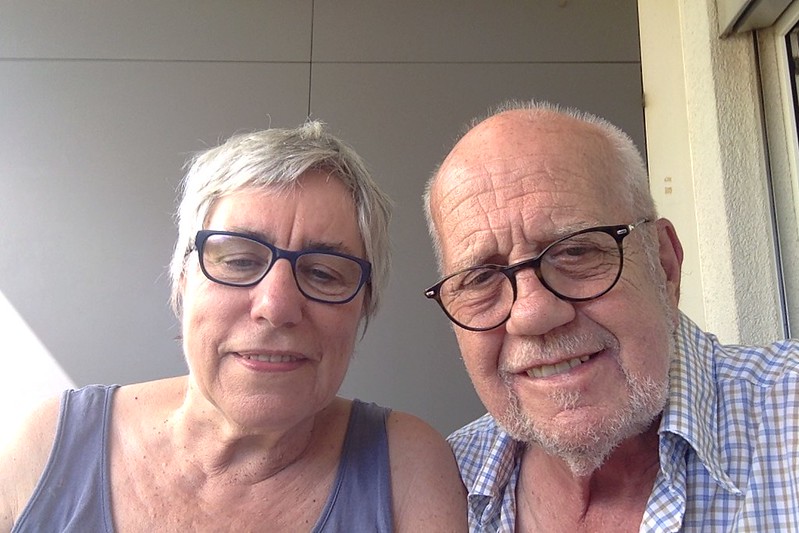 Mr. Swiss is my daily witness, he observes everything and sees all. Although often not everything, otherwise I would know where I misplaced the things I cannot find, but even Mr. Swiss has his problems. Before I retired to my golde oldie sleep today after lunch, he was in dire straits. He was searching and could not find. He had lost his iPad. I never lose my electronic online articles, beause they continuously make sounds to tell me where they are. Someone might press a like on one of my blogs, the iPad and telephone strike a chord together. Mr. Swiss does not do this sort of thing, because he finds it an annoyance. I find it something useful, someone somewhere is telling me something. Perhaps it is because he does not blog, he only reads blogs, my blogs.

He leads a silent online life, no ringing tones, no tunes, nothing. Oh, I forgot, now and again he might get a “ping”, but we all get “pings”, they are the things that tell you about a message, even a reminder that you should do a programmed important something in your life.

And so after my golden oldie sleep the emergency situation was still in existence. His first words were something like “Where is my iPad”. If he had a sound on the iPad, if he allowed it to talk to him he would have found it immediately. My iPad or phone are never missing because they send me a signal. Eventually the missing iPad was found in the cupboard where he had put it. Of course you only find these things quickly if they make a sound. My electronic devices are always set at the highest level of sound to make sure I can hear them (and everyone else). However, in the late evening I am told to reduce the volume as a continuous ring can interrupt the TV programme or disturb the concentration of something you might be doing. 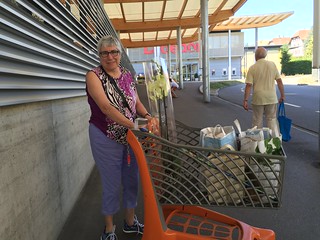 Today in the supermarket my telephone was continuously reminding me that it was my witness as it is also programmed to vibrate. If it wants my attention, no only does it make a noise but also moves. As it is always in the pocket of my trousers, it tends to give me a nudge. “Talk to me, I can see you, and I have a message” it tells me. You see, if Mr. Swiss programmed his online stuff to make a noise and also vibrate he would always find them.

This morning he decided he did not want to lose me as I had the shopping basket. It is so nice and comfortable to cling to when I am walking and I do not have to use my cane. He decided to take a photo of me with his telephone, probably to show people in case he lost me, as he lost his iPad. This morning I decided it was time to buy a new orchid as the orchid I had was beginning to wilt and there was a special offer for king sized orchids in the supermarket.

And now to go, we have witnessed enough today, it is hot, we are having a heat wave at the moment, and my glass of cola with the ice cubes is almost to an end.