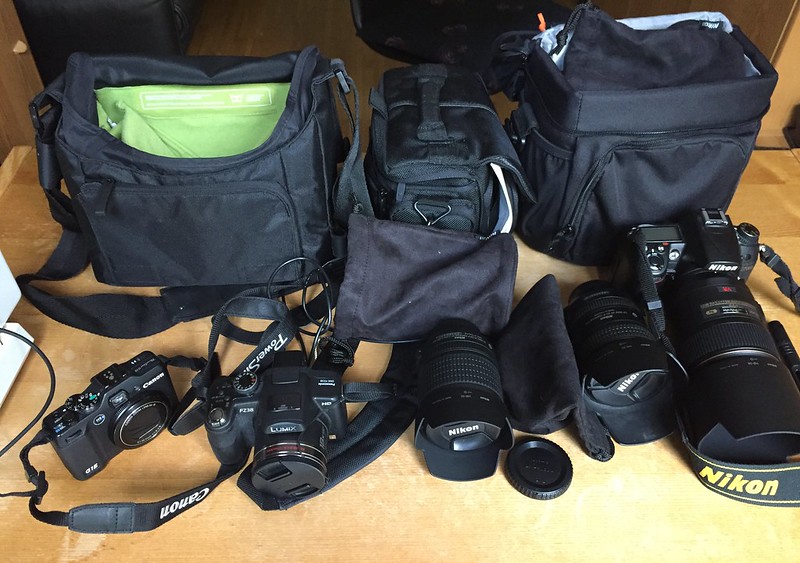 Today my new macro lens arrived. I ordered it on Friday, and with usual Swiss efficiency and it arrived today, with a cleaning brush that I also ordered.

“Look what arrived in the post” Mr. Swiss said as I was just beginning to clean the bathroom. I know a man would probably drop everything and concentrate on his new toy. I was not in the mood for playing with new toys. I had a bathroom to clean and afterwards a meal to cook. I did not really have time to spend on my new lens. To be quite honest it was so long since I actually changed the lens on my Nikon I had to think about how to do it.

Eventually the bathroom was cleaned, the rösti was being cooked and I had 15 minutes so I decided to at least unpack this new expensive lens. It had its own nice soft velvety pocket to put it in when not being used. Having everything under control I removed my other lens from the camera and attached the new macro lens. It fitted. Of course it fitted, when you pay so much money for a Nikon lens for a Nikon camera it has to fit. So what do you do with a new lens on the camera. Mr. Swiss just arrived from his shopping expedition, combined with cup of coffee in the outside restaurant and now I did not just have a new lens to cope with  but an inquisitive Mr. Swiss. I was ready to shoot, but what shall I shoot? I decided on something that I could not capture with my every day normal lens (which was also an expensive one). My flowers on my sedum were now opening one by one, but they were so small, on my normal lens they remained small, although good quality.

I aimed with the new lens and shot a photo, which was far too bright. A small adjustment on the contrast and I was there. I could see the little individual flower on my sedum, I could zoom in and press the button and it worked. Of course, this was just my first practice shot, not yet worthy of a photography exhibition, but I can do it.

When I saw the theme of today’s prompt, I realised that carrying my Nikon D7000 with its various lens almost needs a mega sized Rücksack, which I actually have for my camera and all its accessories. I bought it once in a fit of getting something to last. However, going out for a walk with a camera to take a few photos can be complicated when heaving a rücksack on your back. I also decided that a camera bag, or 2 or three would also be useful. Gradually my camera collection with all the accessories was becoming complicated – see photo.

I found my first digi camera, a Panasonic Lumix DMC LX2 that I inherited from Mr. Swiss many years ago, which gave me a start in my photographic life. I also found my Lumix FZ38, a so-called bridge camera, which I never really used as much as I should have. I have now decided to reanimate it and see what it can do. Of course, there is also my Canon Powershot G15 which I always have in my bag to accompany me where ever I go. The daddy of them all is my Nikon D7000 which had two extra lens and now three as the macro has arrived. I am now thinking about a long distance lens for taking photos of perhaps neighbours living in the next village or at a local football match. If I paid a visit to the local mountain, Weissenstein, there are untold possiilities of what could be done with such a lens. Perhaps the local newspaper are looking for a new photographer.

Of course I also have various bags for each of my cameras, as well as the Rücksack. My problem is carrying it all. On my trips to London I only took my Canon. I rarely take my Nikon out for a walk, because it is a little to heavy and big to transport, hanging around my neck. I think I will have to find a volunteer to carry my equipment when I go on a shooting safari.

Perhaps I am overdoing it slightly with the cameras.

Daily Prompt: Too much to carry

23 thoughts on “Daily Prompt: Too much to carry”