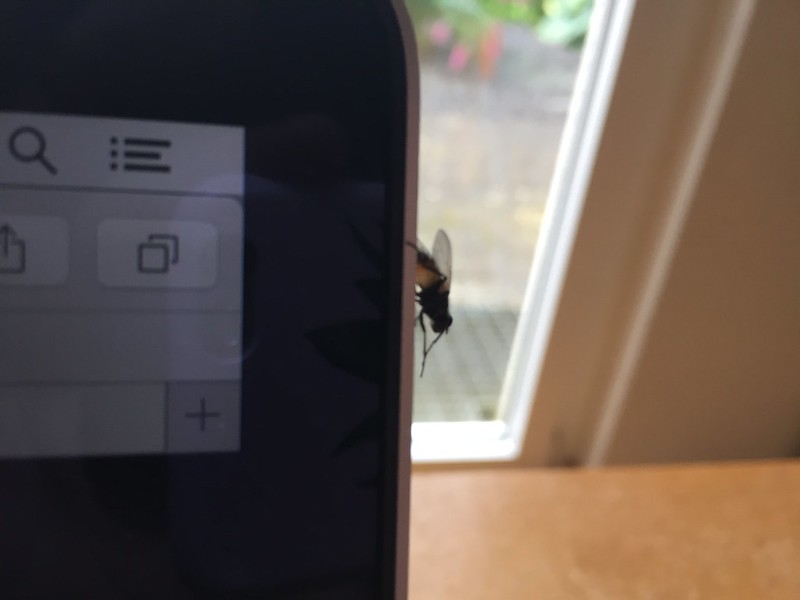 It all began with a fly. Not this fly on the photo, this is following me probably out of revenge because I killed one of his tribe, and enjoyed killing it. Flies never forget and follow you to the bitter end it seems.

I had eaten Sunday lunch, drank a cup of tea and was ready for a golden oldie midday sleep to relax and recover from the morning tasks of cooking, a little bit of ironing and other housewife hobbies that follow us. I was ready for bed, to relax and dream for an hour or so.  I made myself comfortable and then I heard it approaching: a soft hum gradually increasing in  sound amounting to a formula 1 racing car as it speeds around the track with its “eeeowwww” – yes, you know what I mean. It was a fly, but not just any fly, it was a determined fly, ready to ruin and destroy my golden oldie sleep.  It was only a fly and would soon fly to another place more interesting such as the garbage can, or even the local cemetary. No, this was a persistant fly, one that was determined not to give up and transform my midday sleep into a dramatic event.

Of course I first of all ignored it, after all it was only a fly, not even as big as a finger nail, perhaps almost as big. I was now slipping into another dimension and the racing car decided to take a turn around my ear. I waved with a hand, the fly seemed to have the impression it was an invitation to settle on my hand. I made some wild movements and he flew on, buzzing happily on his way. After five minutes of this “catch me if you can” game, I decided it was time for action. My sleep was slowly disappearing over the horizon and a battle was beginning. I stumbled to the kitchen and grabbed one of our two fly swatters. I was ready for action. I returned to my bed, was now wearing my glasses to be able to see the intruder, but he was nowhere to be seen.

I removed my glasses and again had another try at a golden oldie sleep, but this time with the fly swatter in my hand. The fly was nowhere to be seen, but then I heard him approaching. Enough was enough and I sat up in bed, and then I saw him. He was sitting on my bedside table, have a wash. This was adding insult to injury. Just as I realised I was ready for the kill, he flew away. I lay down again and he took a buzz aound my head, so aother course of action was called for. Suddenly I saw him sitting on the floor on a paper handkerchief, that had landed there, due to the confusion. I was ready. Did I aim once, no three times. I saw no corpse, but all was silent, he was gone, or dead. At last I could relax and enjoy the last 20 minutes of sleeping time. 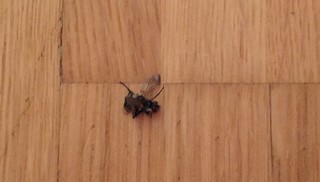 When I had eventually finished my golden oldie sleep I searched for a dead fly. Was he dead, no he was not. He was crawling although somewhat stunned. He was not walking in a straight line. I now pounced and the last thing he saw in his earthly life was the sole of my house shoe. The trophy can be seen in the photo on the lefthand side.

If this was not enough, just as the volume was terminated by my fly, the weather decided to join in. 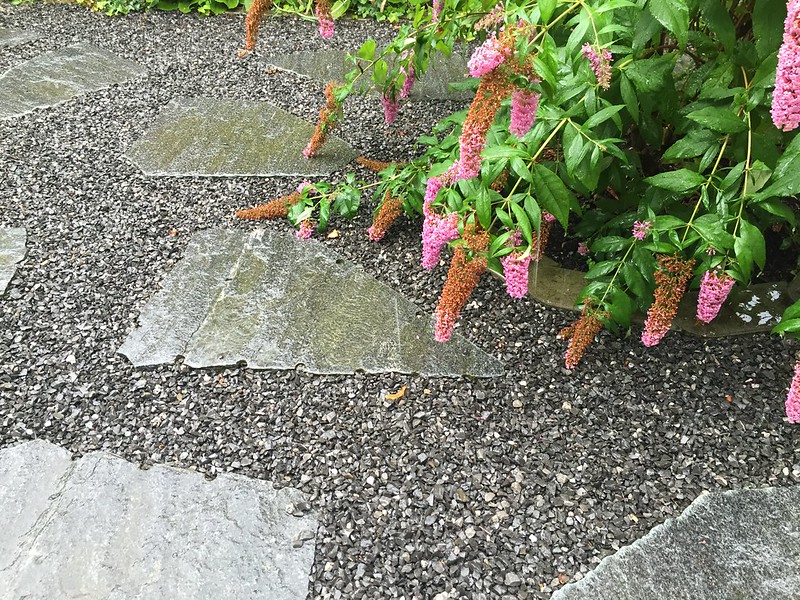 It did not just rain, it was a torrent accompanied by claps of thunder and bolts of lightening. It was a conspiracy, I was convinced. Everything was against me today and all I wanted was an hour and half peace and quiet after lunch for a golden oldie sleep. Of course it is not longer raining, the only noise at the moment is a fly that is observing me and rubbing his back legs together, whilst I am writing. It is indeed a dramatic life that I lead.