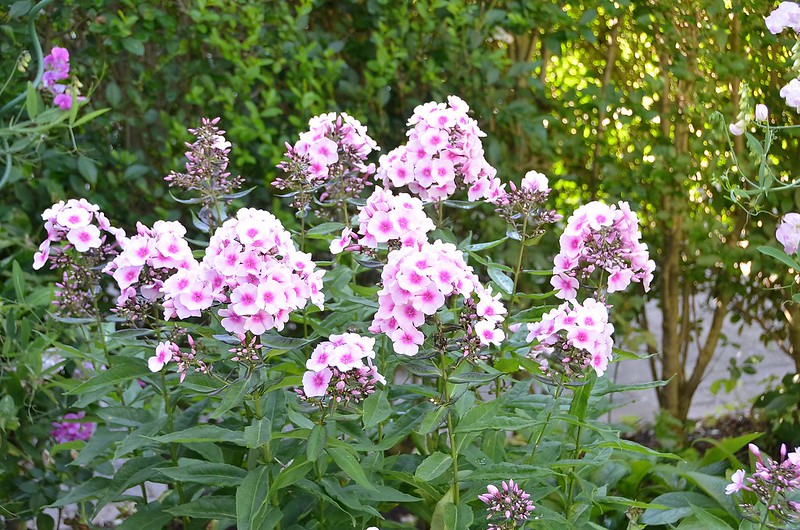 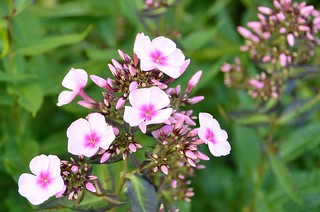 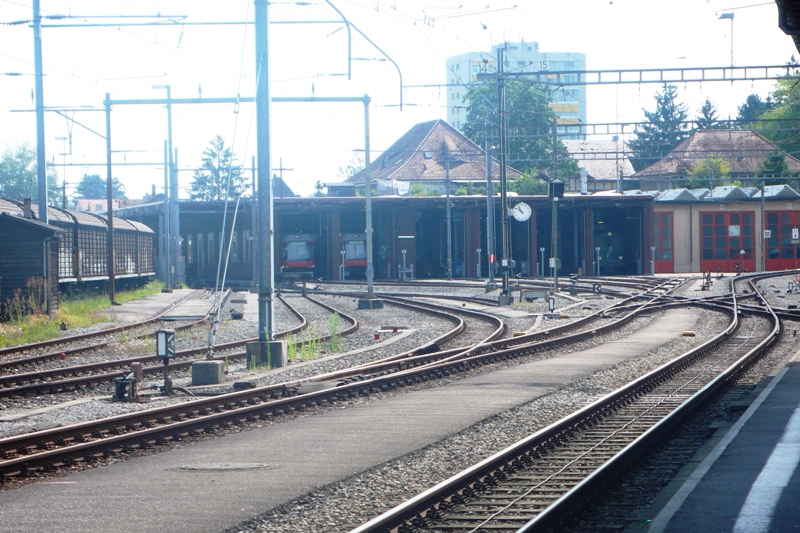 End of the line at Solothur main railway station, where the trains go to sleep for the night. 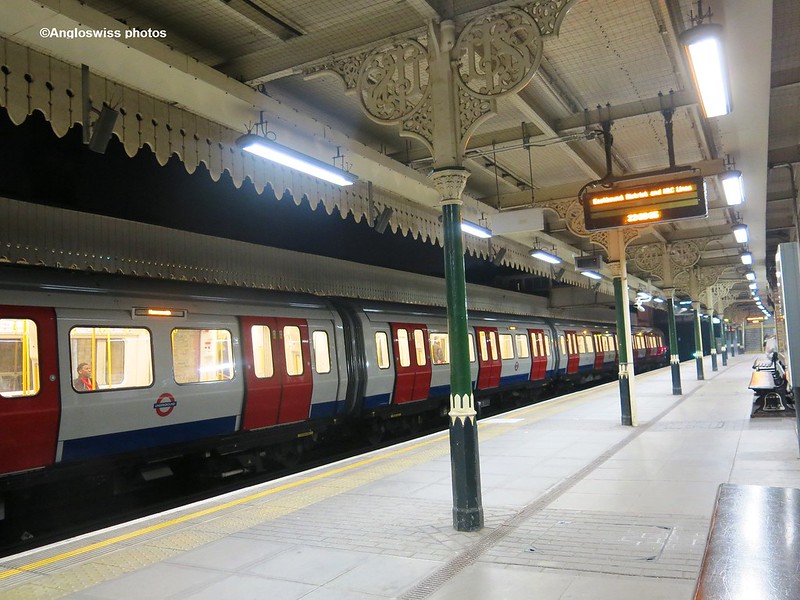 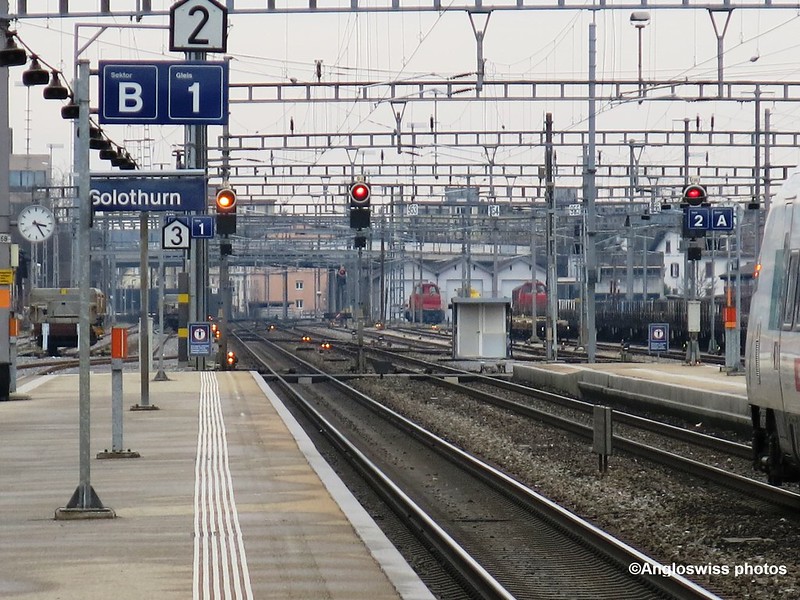 Solothurn main station, platform 1 waiting for the train to Zürich (takes about 1 hour and 15 minutes to get there). 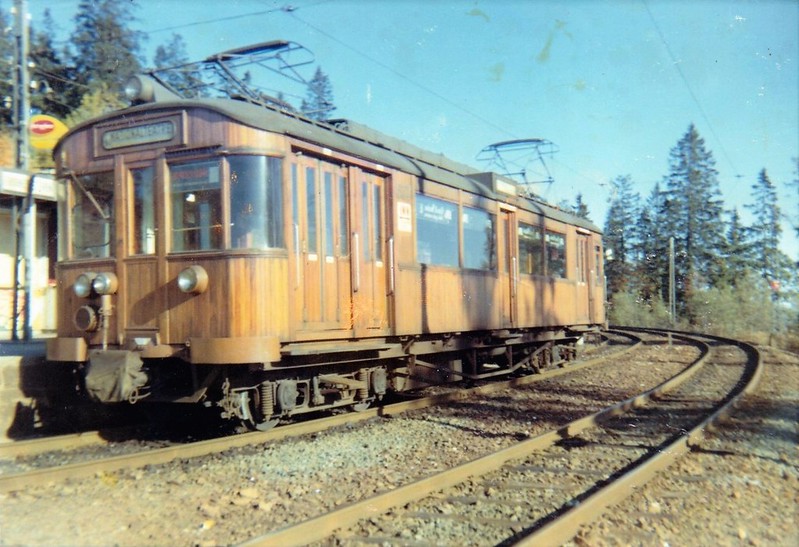 In 1968, when I was young and lovely, I was a working woman and went with my company’s delegation to a conference in Oslo, Norway, to take the minutes of the conference. Of course, in between we were tourists. This wooden train is on the line from Oslo to Frognerseteren, passing through Holmenkollen where the olympic ski jump is. We travelled to the end of the line. 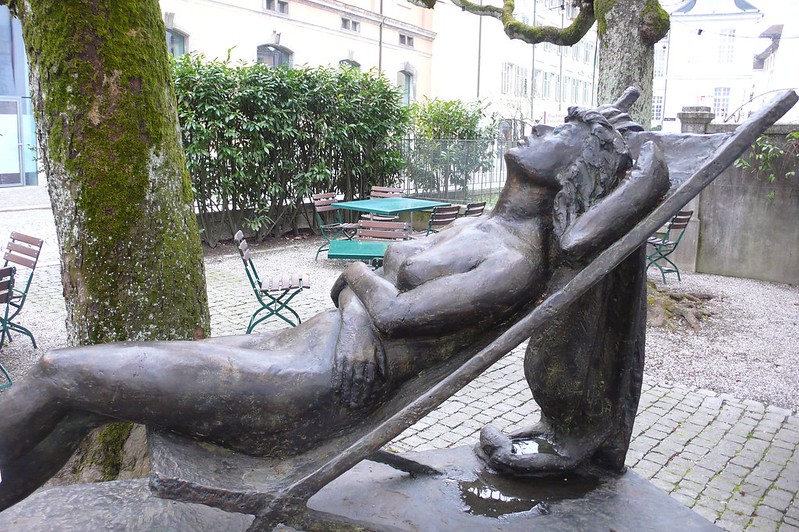 After a week away from my home, Mr. Swiss and my country I returned on Saturday and we decided on Sunday Mrs. Swiss would not cook and we went to one of our favourite Italian restaurants in our nearby town of Solothurn. The lady in the photo is in the garden outside of the restaurant and generally sleeps through all the excitement. The weather was good, the atmosphere was ideal and it was the first time for a long while that we ate out. We just did not feel like it up to now this year,  with so many problems going on, but last Sunday we decided to do it.

No, we did not have spaghetti, I can cook that at home. It was giant prawns with all the trimmings. I took pasta with it and Mr. Swiss small potatoes cooked with rosemary. We both had a mixed salad first of all. 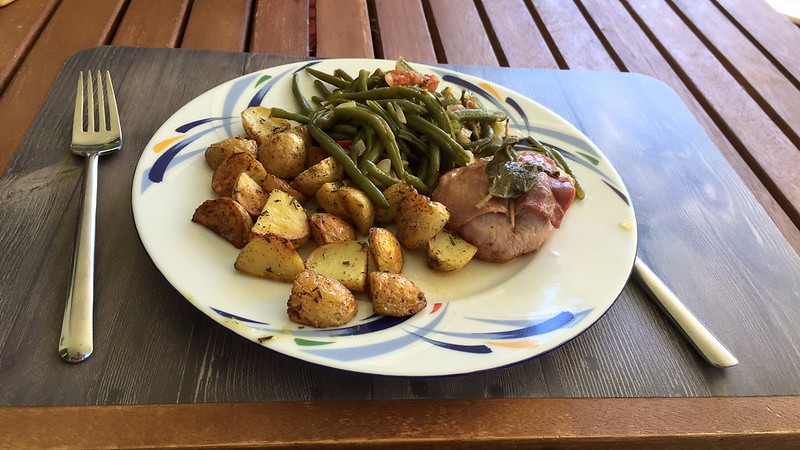 Back to normality at home – see photo. I know it might not be a feast, but it was a feast for me today. Over the last half year I had not exactly lost my appetite, but was just eating to survive. Things were getting a little on top of me and food was not the most important thing in my life. Slowly the clouds are lifting, I can see light at the end of the tunnel and my appetite is slowly returning.

As Mr. Swiss enjoyed his potato accompaniment to his meal on Sunday, I decided to cook them myself today with green beans (fresh and not frozen) and saltimbocca, which our local supermarket had. Saltimbocca – veal topped with a slice of prosciutto and all stuck together with a small toothpick holding a sage leaf. At least that is how they do it here. My potatoes turned out quite well. Mr. Swiss found they were even better than those at the restaurant, but then restaurants probably do not smother everything in butter like Mrs. Angloswiss. I did not really intend showing dinner here, but I happened to be on the FB messenger with my friend and I sent her a photo of today’s dinner, which is why I happened to have it ready.

Perhaps it is because of the good summer weather, perhaps because there are only the two of us at the moment, but I enjoy cooking again. Tomorrow there will be another feast. It is a shopping day and afterwards we will have lunch in the supermarket restaurant. Not 5 star of course, just houseman’s food but no stress. We do not have to spend a fortune to eat well. Enjoy life when you can I say, and if we do not have to cook, clean up the kitchen after the meal and just go home to our coffee/tea and take our golden oldie midday sleep, that is all we need.

Daily Prompt: Every day a feast 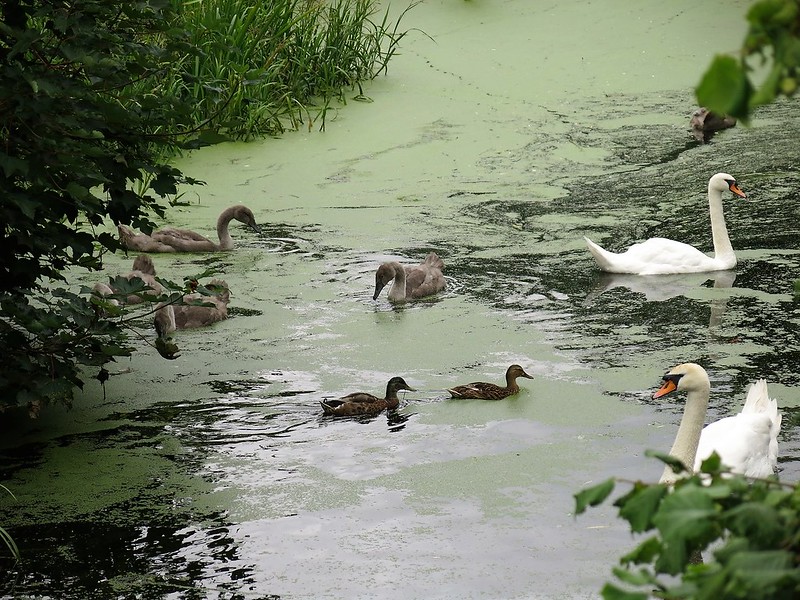 Apart from having an abbey in the village of Waltham in England, there is also a river running through it. I suppose more a mixture of a stream that a river. It is the River Lea, which surprised me. I grew up near the River Lea. It flows through East London, passing the Olympic Park on its way, built for the last Olympic games in London. This stream is so wonderfully picturesque and my friend said there are a family of swans there. She remembered with the cygnets were hatched, the little swans and had not seen them for some time and they must have grown in the meanwhile.

We crossed the stream on a bridge and saw family swan. Mum and dad keeping an eye on their kids, who have now seemed to have reached the ugly duckling size with their brown feathers. She said mum and dad swan were taking a walk with the kids when she was last there, and she made the mistake of getting a little too close. Swans are very protective of their cygnets and they literally chased my friend and her bf away. The river is coated with green plants, probably beause it is slow flowing. I was getting homesick for the green of England slowly but surely. Switzerland also has lovely countryside of course, but the English countryside is my heritage I suppose. 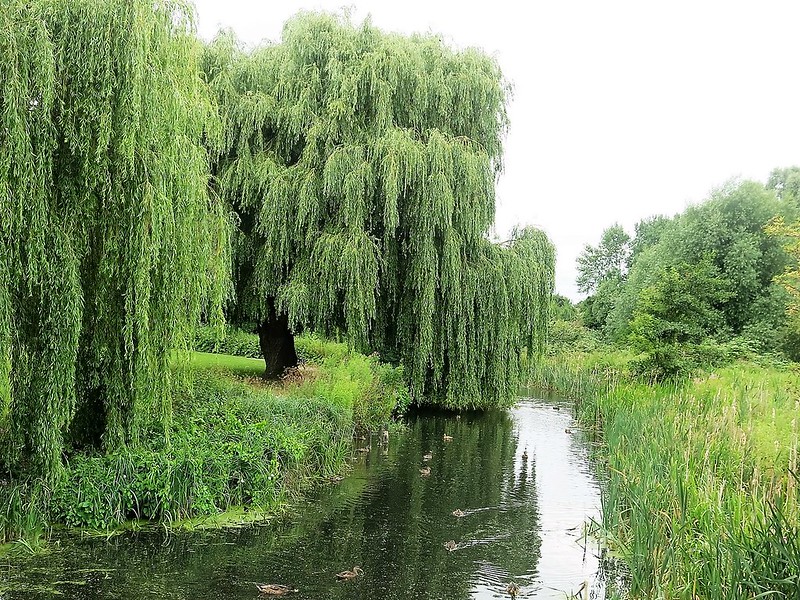 It looks like it is going to be a nice hot day today, although I do not plan going places and seeing things. Mr. Swiss is off to the doc for one of those golden oldie checks to see if he is still alive and breathing. He is leaving me on my own to tend to the apparment, although I am not yet sure if I am ready for this. There is something about cleaning a bathroom, but it is not really dirty. It has only been used by one person over the last week. On the other hand I have to do something to fight against the boredom.

I am now on the last stages of sorting the stuff I brought back with me from england. This capital now seems to be closing. There are a few bits and pieces, but nothing with stress. I have also now got all my photos sorted. Yesterday I organised my dad’s 100 year birthday cards, inclusive of the one the queen sent. I also found a lot of old postcards which he had kept from Sissinghurst castle where his mother was born and grew up. The family with 16 kids lived in the priest’s house at the time and my great grandfather was a farm labourer on the Sissinghurst estate. My grandmother, his daughter,  probably worked in the dairy. There are a lot of memories there of my dad and his family.

I once did some genealogy research on my complete family. It was all on my old Windows 98 computer which has long gone, although we kept the hard disk. I collected a lot of paperwork and have it all in files, but nothing unique and all to be found on the computer in various online sites. I have now decided to get rid of my files and just keep all the original birth and marriage certificates I collected at the time. I even have a marriage certificate in French from the French protestant church in Threadneedle Street in London from my Huguenot ggg grandparents when they married in London where they met.

Now to the work, or hobby, according to how you feel about it. I have decided, in spite of all the country leaders that want to spoil it all for us and these groups of terrorists who must be very unhappy people, I am OK. I feel OK, have no wish to take anything over or conquer anything or force my beliefs on the others. I just like to write now and again, cook a meal and relax. I am probably one of the lucky ones, I have seen it and done it all, so why stress. Are they the wise words of the day, I am becoming philosophical in my old age – perhaps I might even be included on the computer in the “brainy quotes” although I am not so sure if the brainy bit still applies.

Have a good day/night everyone, keep blogging and whatever else you do – I will be around.