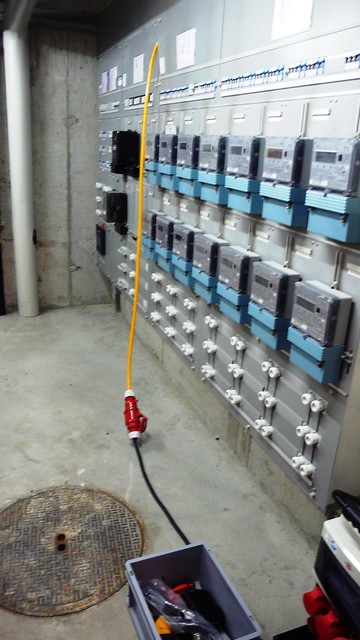 “Where are we boss, lost my bearings on the way down.”

“Simple Joe, this is the heart of it all. the place where the dreams are created and it is all ours. Just ignore the guy with the horns sitting in the furnace. He has ciculation problems.”

Joe became a little uncertain, especially when he noticed how the eyes of the boss had a strange far away transparent look when he spoke of this place.

Joe was good at his job, it was just the machines that often decided to strike and not work. He had been trying for a least 2-3 days and thousands of the customers were becoming disappointed. they were losing faith in the organisation. The cyber home was filling up with disappointed followers. It now rested on the shoulders of Joe under the guidance of the boss, to return everything to normal.

“Do you have any plans of the room boss?”

“Sorry I did not quite understand. Plans? never seen them, it is all done by computer of course.”

“But I don’t see any computers.”

“We are surrounded by one big computer. We are sitting in the middle of it all, cannot you feel its presence. Its brain is pulsating, throbbing, guiding us to the final solution.”

“Didn’t they tell you when you were training for the job.”

“Not really, they said nothing could possilbly to wrong. It was all a matter of pressing the “go” switch, and sorting it, keeping it nice and colourful. Didn’t you notice how everyone was happy when I turned the boring browns into blue on the grid. It was a psychologically valuable exercise and looked so pretty.”

“Joe we don’t want pretty, we just want it to work, and at the moment it is not working. Any suggestions?”

“I thought you would have some.”

“Joe I am the boss and not paid for making suggestions. If you insist, then unscrew the black box on the left.”

“Because I said the black box. Any problems?”

“No of course not, you are the boss.”

With a few profanities because Joe cut his finger on the edge of the black box whilst removing it, and there was blood trickling onto the floor, Joe was now uncertain. He was sure he saw a little figure run out of the black box and lick away the blood spatters.

“What was that boss?”

“That little guy with the long tongue that licked away the blood dripping from my cut finger.”

“Oh, that’s nothing Joe, probably your imagination playing tricks with you and the self cleaning system we have.” 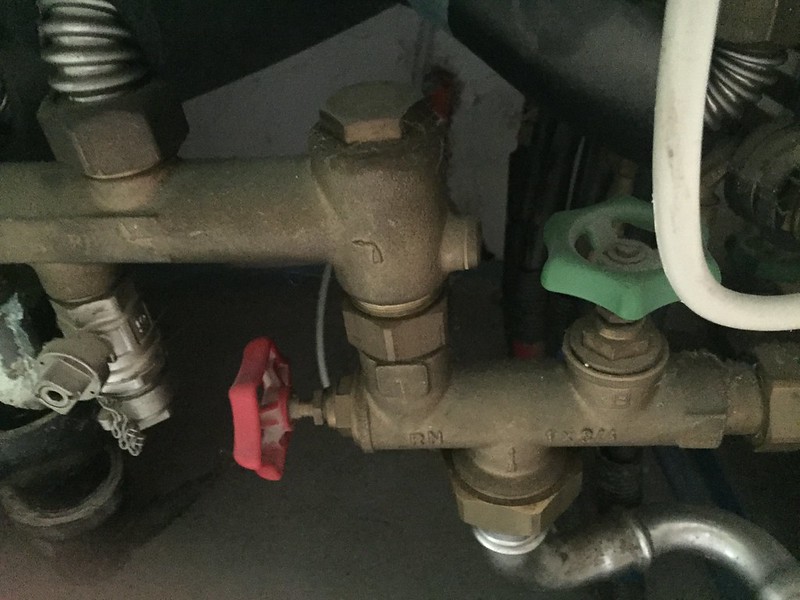 “I am not so sure boss, look he’s back and licking my finger again. Did you see?”

“Joe been on the LSD again? Now come on and do your job.”

“How should I know. Try unscrewing that green tap. Or perhaps the red Tap.”

“I didn’t know that computers had taps. They told me it was a nice clean system, all dry and civilised.”

“Don’t get technical on me Joe. I am paid to do the organising not the dirty work. Now unscrew.”

“But what if there are more of those funny guys in those pipes waiting to be let out. I don’t like this at all. We had a nice clean grid that turned up regularly every day, no miniature vampires craving for my body fluids.”

“Joe we have the most modern method of online communication.” 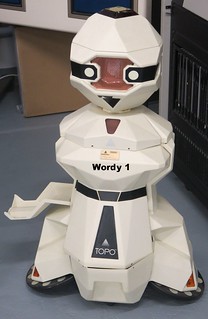 “What’s that box in the corner? Hey there is a robot guy inside and it looks like he wants to tell us something.”

“Where? Oh, that’s what happened to him. He sort of disappeared. We have been looking for him for the past few years. That was our first prototype before we decided to use real people. We had a few problems with Wordy. He got jealous of the humans and wanted to be one of us. He even started to visit our victims, sorry customers and eventually stopped working. He was full of chocolate cake. Yea, he was getting addicted to the stuff. One of our grid users always fed him on chocolate cake, he would even beg for it. Did him no good, that’s why we decided to employ humans again.”

“I like chocolate cake as well boss, but you never let me out. All I get are hard disc hamburgers and solid state chicken nuggets.”

“No way. Let’s just try the automatic switch on with the grid again. I am sure it will work one day.”

“Joe, where are you going, don’t leave me alone with those little guys and Wordy, they said somthing about revenge and they are coming to get me.”

Daily Prompt: Why complicated when simple

7 thoughts on “Daily Prompt: Why complicated when simple”