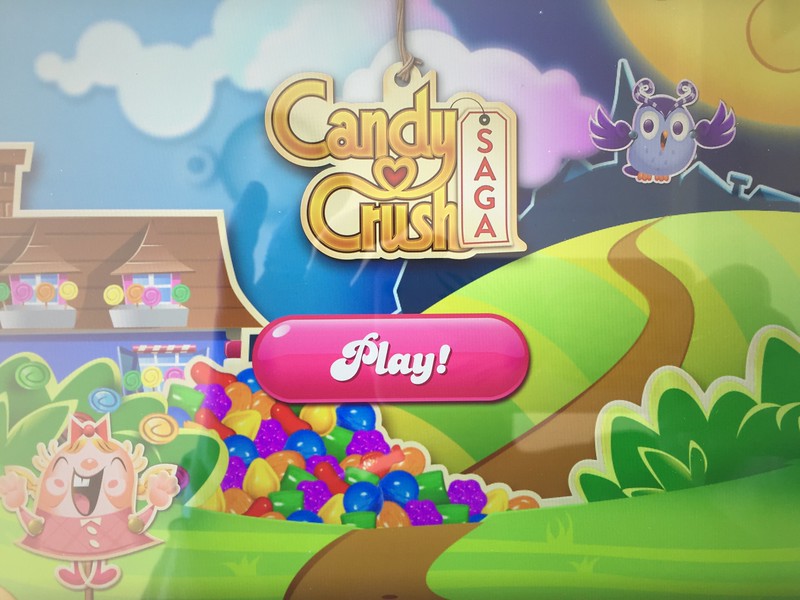 This is really the only game that I play today. I used to be a gamer, an addicted gamer: you name it and I played it and all connected to facebook of course, where else. I blogged in many places, places that no longer exist. Most of the games I played in facebook no longer exist, and that is just as well. I would be glued to my computer building farms, restaurants and even a town. I also had a couple of islands. Basically it cost me nothing but my time and one day I woke up and realised time is the most precious thing you have so I gave it all up and began to blog more.

The only playful moments I now have are with Candy Crush, one of those bird brained obstacle courses where there now exist over 2,000 levels. I am only a beginner with my level 245 and have been stuck there for the past six months, but it does not bother me. Why should it? I only play when I have nothing else to do, just a time passing episode in my little Angloswiss life. I am a little playful now and again, to release the tension of every day life. The world is not very amusing when you are only cleaning windows or ironing, there must be more to it. And so there is candy crush.

I have been revising my knowledge of the Russian language since I discovered something called Duolingo. It is an app, costs nothing and seems to have more languages that I have ever heard of, Russian being one of them. I play on my iPad and even have the russian keyboard so no problem, it is all combined. I could also play it on my computer, but why should I. To much organisation with the cyrillic letters. Just 10 minutes a day on my iPad regularly does wonders.

Today the world is not full of games, but apps. If you are online with a phone, iPad, computer, or whateveer, then you can download an app for something or the other. The word “app” is apparently the shortened version of “application”. The first time I heard this word was when Mr. Swiss had his first iPhone and No. 2 son was visiting. It was a new world for me and they were comparing apps. Son was telling Mr. Swiss the various possibilities and I was sort of listening wondering which language they were speaking. It was spiked with a lot of english, but not the sort of english I knew.

Today, many years later, I realise what it was all about and now my problem is how much room does a mobile phone/iPad have for how many apps. This is important because if your mobile whatever it is does not have enough room, then you will be missing out on valuable games to play. There is also to be taken into consideration that not all apps are free, there are some that cost money and the ones that I generally avoid. “Look at my iPad and you see my playground” would be a good motto. Mine actually only has one game, the rest is comprised of various WordPress pages and radio stations and of course Facebook with its messenger app.

My son told me I must have “what’s app” so believing in everything that No. 2 son says, I downloaded this fantastic app and discovered I did not need it. I have a good arrangement with the Swiss telephone company where I pay monthly and everything is included, with free SMS. If you belong to Facebook you have the messenger which is free. Needless to say “what’s app” no longer exists on my mobile devices.

I used to have Skype, but also something the Facebook messenger has replaced for me. I noticed when I used it as a telephone that either the connection was lost now and again or the other person could not near what I was saying.

My mum always complained when the cigarette prices increased saying “what other pleasures does an old boy have in life” (she was a cockney), although I found that there must be more to the life of an “old boy” than cigarettes. I could now modernise these wise words with “what other pleasures does a golden oldie have in life when she does not have her digital connections”.

Daily Prompt: Playtime for playful me

6 thoughts on “Daily Prompt: Playtime for playful me”