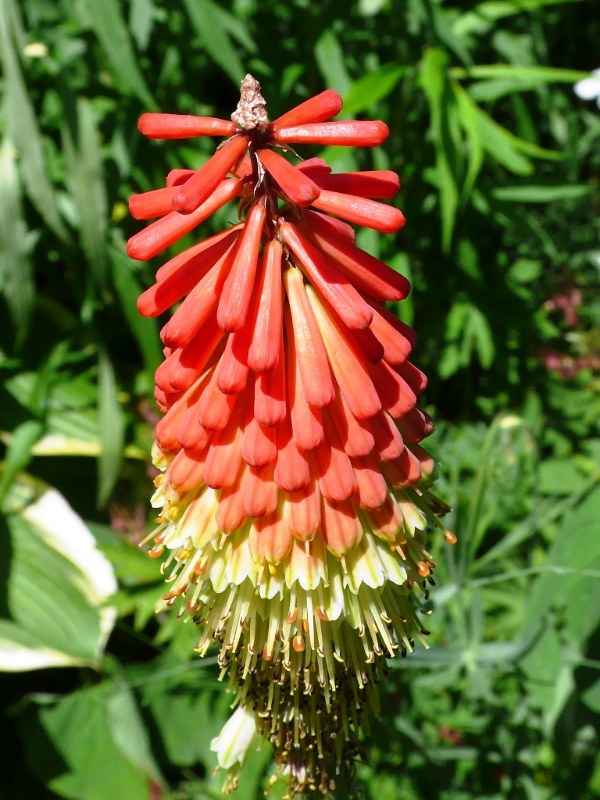 My mum called them Red Hot Pokers. I have just one in the garden and if I am lucky, it still flowers in summer. 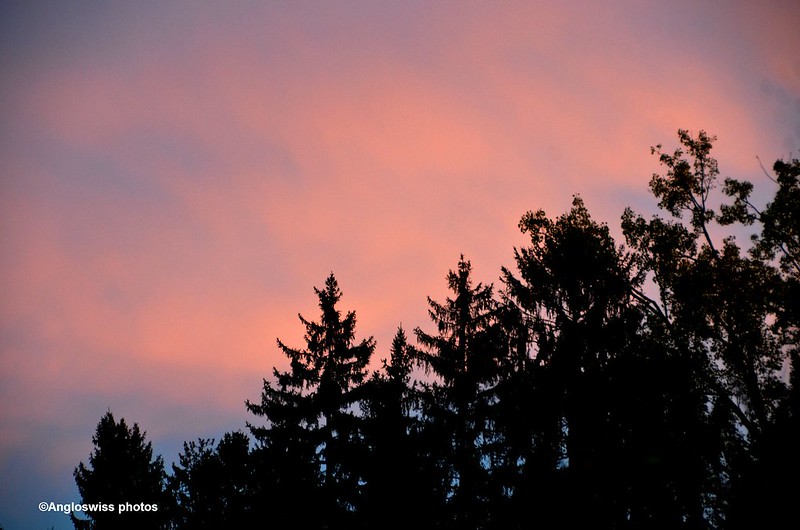 Just one of those skies over my village of Feldbrunnen 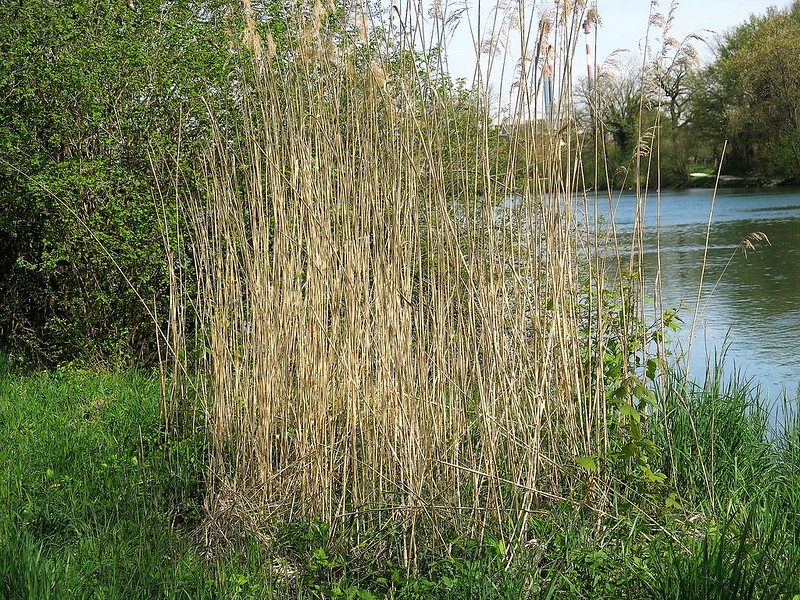 Ok, so let’s get all poetical. It seems that Rudolf Steiner  said (according to brainy quotes about Whispering) “All of nature begins to whisper its secrets to us through its sounds. Sounds that were previously incomprehensible to our soul now become the meaningful language of nature” so when the wind blows along our local River Aar I suppose these rushes begin to whisper a few secrets like “take my photo”, or “don’t let your dog raise his leg on me”.

I just called the British telephone company to cancel my father’s telephone. The guy who answered the phone seems to have been something scottish which is no problem usually, but I had a feeling he was speaking gaelic, probably from a distant corner of the Isle of Skye and I understood very little. It is not easy doing all this from a distance, as I am in Switzerland and my dad in England, but thanks to a wonderful friend she is taking care of the english side of things for me. My dad is now being transferred to an extra care home where there is a 24 hours nurse attendence service.  I am so glad and I must say have been pleasantly surprised by the english health service. All treatment is funded and so well organised that a lot of my problems have been solved. The home he is going to is just around the corner to where my friend lives who is doing all she can for me in England, so it could not be better. She visits my dad regularly and usually connects me for a few words with her mobile.

I don’t hear well at the best of times, so if you speak in a whisper to me, I probably will not hear what you are saying and you will find me an ignorent person for ignoring you. There was a time, when I was in my forties, that I had a big problem. On the winter mornings I awoke and heard almost nothing. It was as if my ears were wrapped in cotton wool and everything was a faint echo. Usually around 10.00 a.m. it cleared off and I could almost hear normally.

I decided to visit the doc. He told me to stand on the other side of the room and to repeat the numbers he said. I got the first three numbers because he was at high decibels, but as soon as he reduced the noise level I heard nothing more. He had a look in my ear and discoverd it was quite blocked up. He eventually did a clean up with a jet of water after I had prepared my ears before visiting him with some sort of substance to soften it all. It is really surprisig what can collect in your ears. Basically it would be wax, but somehow this was not a waxy colour or shape. Anyhow it was better afterwards, but still not perfect. He gave me tablets to take which he said were special for golden oldies, although I think he said for elderly people. I was only a young 40 years old, but they worked, something to do with the circulation. My hearing impoved although not to the extent that I could hear what the others said behind my back which I did not want to know in any case.

My dad could not hear very well, but after serving five years as a soldier in the second world war on the heavy guns and working in a factory it was not surprising. We had an extra bell for our telephone fixed as he never heard it when it was ringing. He still did not hear it, but our coplete street did.

I just noticed Mr. Swiss has left me. He said something about where he was going, but I was busy writing this memorable piece and was not listening, or was it that I did not hear what he said. 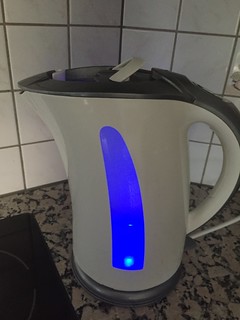 Whether it will be a good one is left to fate. It is a shopping day today, so at least they let me out to see the others. As I was studying the internet activities in bed with my iPad this morning, our local work force began their daily work. I do not mean Mr. Swiss and the vacuum cleaner, but those in the outside world. The group of workers that are gradually planning to take over an isolate our village. We have one connecting road to civilisation and the local authorities have decided that this year it will be replaced, modernised, given a new look. They are getting nearer. The work began at the entrance to the village. We live near the end. Eventually we wil be cut off from the outside world. The first rumours spoke of a de-tour via the next village in the other direction if you want to reach the next town of Solothurn, meaning an extra 15 minutes driving.  Our local supermarket which lies in the North, would become a mystery tour by driving upwards and over the hill. The next report gave us an improvement and we would be able to escape from the village by one exit, allowing us to reach the supermarket village as normal. All I know is that strange sounds are travelling in the air. There is a pounding, boring, drilling effect and they begin work at 7.30 a.m. and except for the worker’s break, it is a continuous noise. 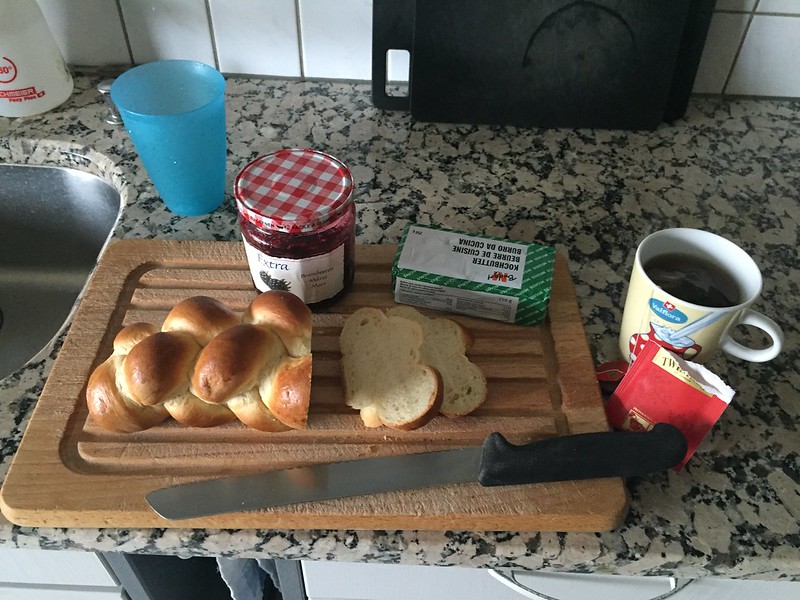 In the meanwhile it was breakfast time. It is Monday morning and so we have the remainders from the week-end, being a so called “Zopf” bread (Platted) which is something more special than the normal bread. It is made with butter and some throw an egg into it. As this was supermarket produce and not one I made myself I am not really sure what is in it, but suffice it to be said it is something better than the normal average bread. Basically diabetic people should avoid it, but now and again we have a fling and eat daring things. I decided to treat myself this morning to something completely different. 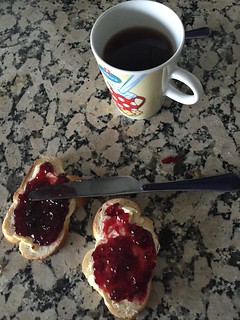 The finished product can be viewed on the right, so what could possibly be better. As I write this epic there are only the remaining blackberry jam stains on the table. I quite enjoyed it.

And now for something completely different. I have an appointment with my Dyson vacuum cleaner. Mr. Swiss just told me that he got a mail from Dyson, telling him that in a few days they are presenting something completely different, a revolution, although whether it is a vacuum cleaner or something else I do not know. I suspect a robot that will do it all alone. On the other hand how comes Mr. Swiss gets this advance information? Of course, he is a man, and men deal with the organisation of these technical developments. We women just use them. And as the golden sun rises in the East, or has already risen some time ago, I will fight my daily battle agains the dirt, grime, and cooking appliances, knowing that in the end I will succeed. I also have a couple of blogs to write and a book to read.

Enjoy your day/night or whatever and be kind to fellow bloggers, even if you do not know them, will never meet them and might even forget them one day.