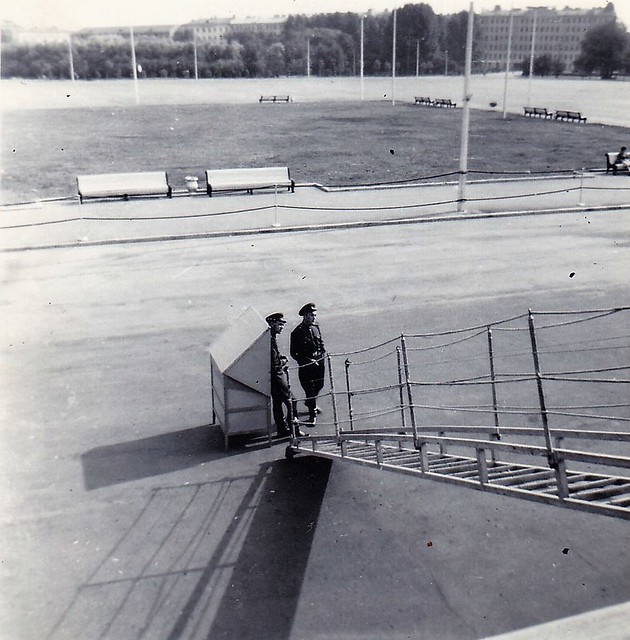 Are they there to stop us leaving the ship or to prevent the others from boarding? After a few days on the open sea on a cruise to bridge the gap between us and them in 1964 it was difficult to say. Approaching Leningrad was difficult enough, the insisted on their own pilot to guide us through the harbour. We were banned from taking photos of the harbour entrance. Across the bay was the Soviet base for naval ships, and the Soviets wanted to keeö their secrets for themselves. As soon as we docked the ramp was positioned and the little shelter was placed in its position. The closing phase of this preparation was to position two Red Army soldiers to make sure that we respected the Soviet wishes. 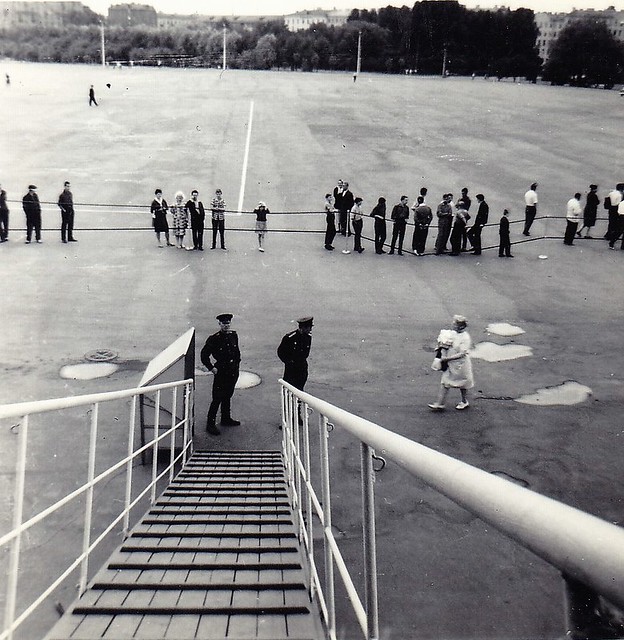 A short time passed and we were the new members of the local zoo. We looked the same as they did, examples of teenage youth from Britain and parts of Germany, the capitalists visitng the communists. We watched from above at the ships railing as a lady brought provisions. The crowds gathered and watched. They were used to queuing for their food and we was having it delivered. Perhaps there was something wrong with their system? Of course not, it was our system that was making mistakes.

The day came when they let us leave the ship, our identity cards ready to show who we were. The border guards scrutinized our little cardboard cards carefully, although probably could not read our names or even the country we came from as it was not in cyrillic. We were now the animals in the zoo and they were the keepers, even feeding us like the apes were fed, but with the food that they did not get. At last we were free, could explore the streets of Leningrad, but not without our own guards. They were our supervisors, teachers, ensuring that none of their scholars would disappear forever on the streets on Leningrad. 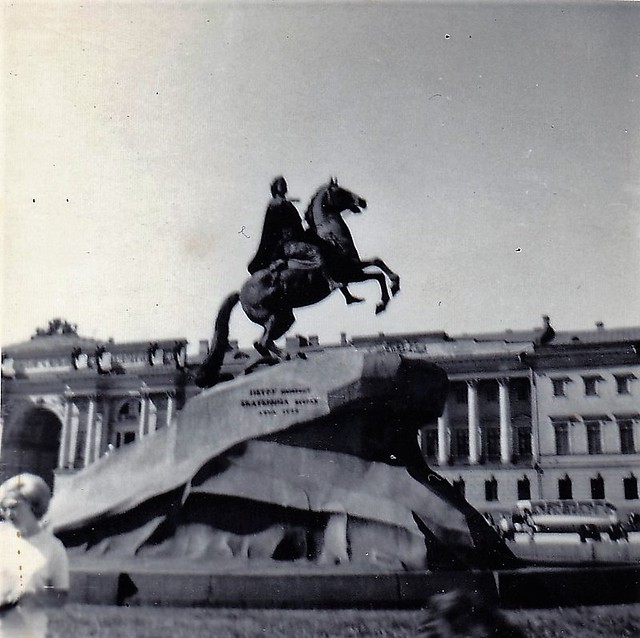 Of course there were sights to see: the bronze horseman in Leningrad was one of them. We marvelled at everything. We saw sturdy women working on the streets, removing the concrete with their pneumatic drills, something completely different and, of course, worth a photo, but as soon as a camera appeared, the uniforms were there keeping an eye on those from the other planet.

A meeting was organised between the Russian Youth and us, to get to know each other. We London scholars dressed in our fashions of the day and the Soviets also dressed in the fashion of the day, but yes, it was different to our idea of fasion. The clashing of the species, the young men all dressed with their ties and shirts. The ties resembled a relic from the German carnival season, where the ladies took their trophies by shortening them with scissors. It was the Soviet fashion of the day. Wear a tie, but not too long: perhaps the material was too expensive or rare. I do not remember that any great friendships were made between us and the others. It would have been too risky for them and we did not have a clue, at the age of 17, what it was all about. 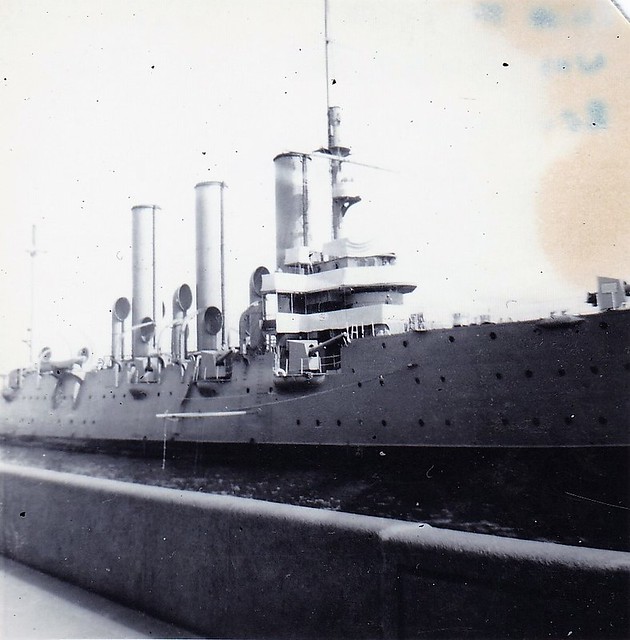 Of course a sightseeing visit to the ship Aurora stationed on the River Neva in Leningrad, was a must, it being the ship that started it all, way back in 1917 with a shot telling all good communists to storm the Winter palace, giving the signal to start a revolution. This ship is still the original in the photo, but has been replaced since 1964 with a replica, due to the bad condition of the original.

This Soviet country was not something we knew, although everything was big and overwhelming, sturdy concret blocks of appartments. We saw no shops or restaurants, but they were probably only for the natives to see. What we saw were lorries on the street, with tanks attached. The thirsty would be waiting in orderly lines with a glass in their hand which was filled with a beer similar liquid. It was the Soviet equivalent of a local bar.

It was only 3 days in Leningrad before we moved on to the next port of call, but three days I have never fogotten and this was 50 years ago. Things have changed since, not even Leningrad is now Leningrad but St. Peterburg and yes, we saw one cathedral in Leningrad still standing, but unused, St. Isaacs. 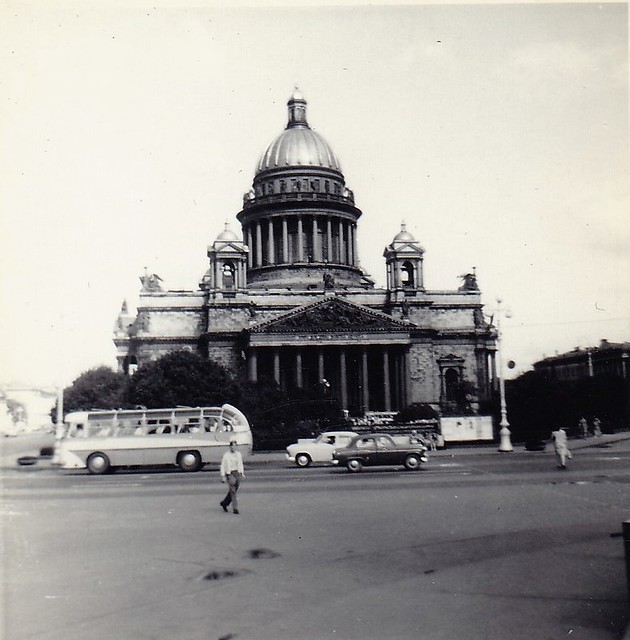