Mr. Swiss found there were a few things we forgot when shopping. It was afternoon, after my golden oldie sleep and so I said I would come a well. A rare occurrence for me in the afternoon, but my blogging can wait, life is not only computers after all – or is it? We departed and instead of turning left at the entrance to the main road Mr. Swiss turned right. Was he going to kidnap me? No, he explained he would drive via Günsberg and Balm. Of course, this says nothing to anyone here, but to me and Mr.Swiss it does. Mr. Swiss grew up in Niederwil, which is almost Günsberg and sort of the beginning of climbing up the Jura.

Günsberg is just a small village, but Balm is a little higher and smaller. the weather was not cloudy, but also not exactly bright sunshine.There was enough light for some photos. We eventually arrived at Balm, where there is a ruin remaining from a fortress from the year 1100. Luckily there were some parking places for the many tourists that were interested in the Fortress, although on this day we seemed to be the only ones.. 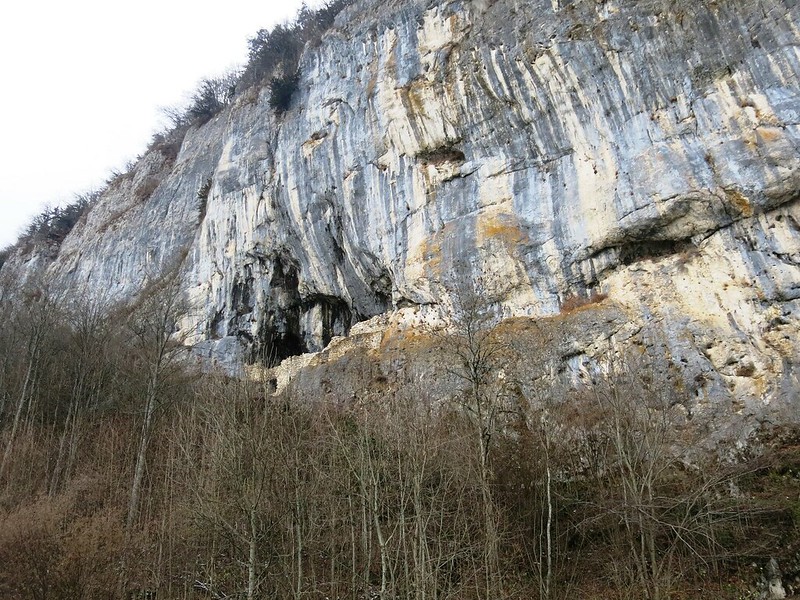 Of course I took one of my fantastic photos. This is a long view in the truth of the words as I was standing below and it was quite high up. There are people that might be brave enough and more firm on their feet to manage a climb, but not me. The fortress is half way up the rocks on the left. And now for some history. The fortress was build some time in the 11th century and first mentioned in a document from 1201. Of course I am translating this all from a German document and hope I am not boring everyone. It was probably some noble guy from Balm that had the big idea of building a fortress in the middle of rocks.There were all sorts of arguments going on in those days, so I suppose it was for protection against the others.

It seems the fortress changed hands now and again, being passed from one duke to another and since the middle of the 15th century it has been a ruin. because the guy that bought it, Hans Sigrist in 1417, could not afford to pay for repairs.  In 1969 it eventually belonged to Kanton Solothurn, but it is still a ruin. How about a close-up. 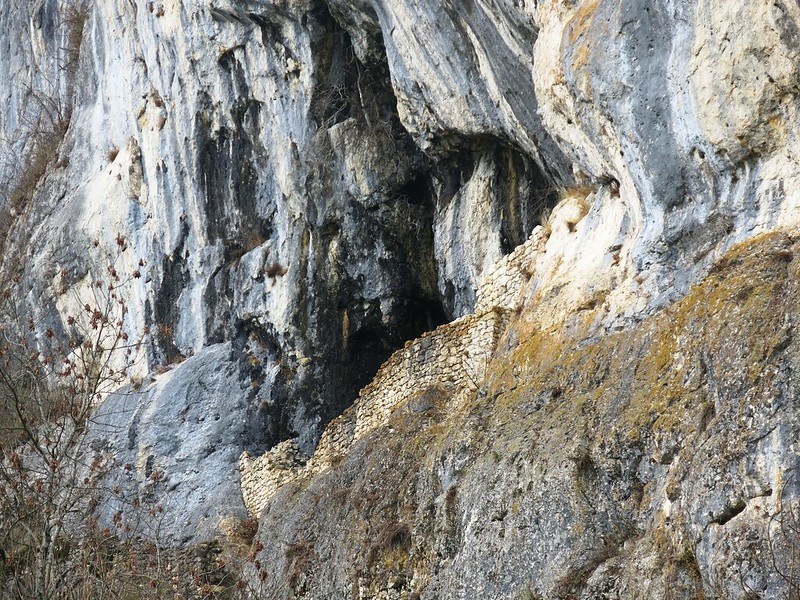 You can now see the remains of a brick wall, they certainly knew how to build brick walls in those days. The actual fortress was built deeper into the rocks.