Think about the generation immediately younger or older than you. What do you understand least about them — and what can you learn from them?

There are prompts that you can do twice, the second answer from a different aspect and there are prompts where it will work. This is one of the prompts that will not work. Of course I can try the alternative prompt, which has also been here before, so I can say done it and who is going to read an alternative prompt, no-one is interested. For those new to prompt land it is an opportunity to give verdicts on another generation. Me: no thank you, it is not always a matter of the generation, but the character of an individual person.

Yesterday I went on one of my famous marathon walks with Mr. Swiss. This time we took an excursion into the local hermitage where our local hermit lives. Yes, we even have one of those living in a place called the Einsiederlei in the village of Rüttenen which is in the Verena Schlucht, a small stream in a crevice between two rocky cliffs. 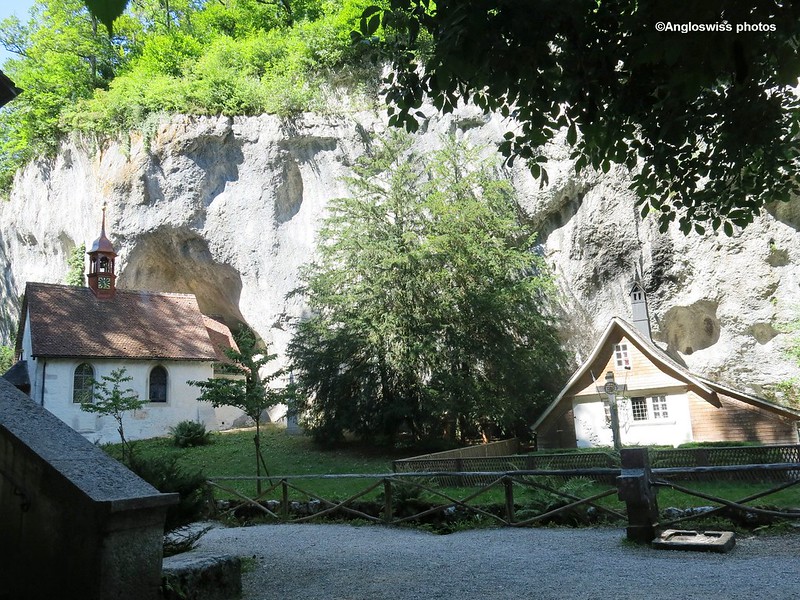 Let’s start with the hermit’s house on the right and the accompanying church on the left which is also a place for the odd marriage. I mean it is always impressive when you show your wedding photos with a hermit’s house next to it. I have lost count of who is the hermit now, but I believe it to be yet another lady. The last one left because I think she had too much noise from the visitors marching past, I mean a hermit really wants to have peace and quiet to do whatever hermits do all day. I believe there is also a problem with rheumatism and arthritis. Living in a damp place next to a stream is not ideal when you are at an advanced age. Hermits are not usually representative of today’s youth.

It was a nice hot Sunday afternoon and Mr. Swiss found would be a good idea to cool down in the Verena Gorge where sunlight seldom arrives in large doses. Unfortunately a large part of the local golden oldies and their families also found this to be a good idea and the first problem arose on the parking lot, but we were lucky to find one vacant space. We could have walked to the entrance of the gorge, but it would have added fifteen minutes to our visit, so we took the car. After the first few steps into the entrance we could hear the merry screams of children splashing in the brook at the entrance and saw groups of tourists blocking the way. I was particularly annoyed as I wanted my photos to be without people. 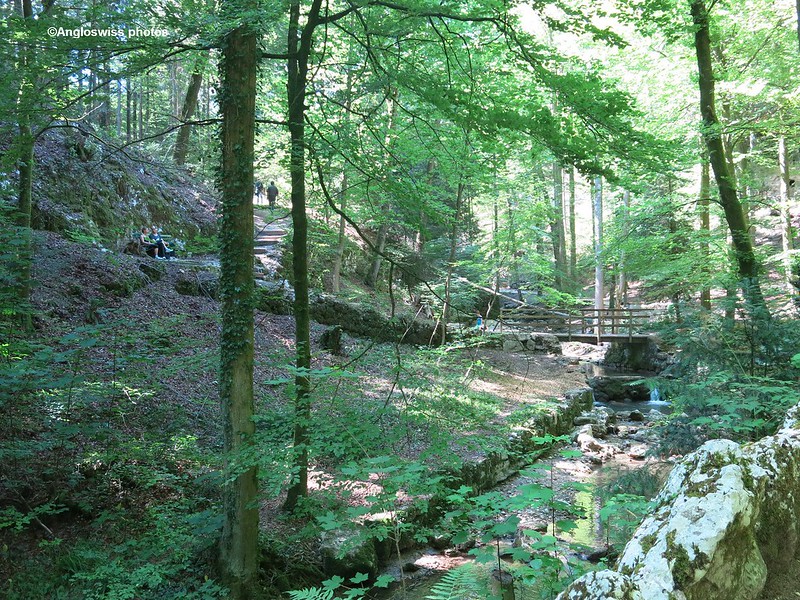 I took around 40 photos, but as I do not want to blind you with photos of the gorge, here is one that is very representative. Like a river runs through it, with a few bridges and a path at the side. All very romantic. Living in the Kanton of Solothurn, it is one of the famous sights to see and visit, although perhaps not on Sunday afternoon. Mr. Swiss and I agreed we will do it again, but on a day when pilgrimage and religious ceremonies are not associated with the area. It will probably be a Monday or Thursday.

The only animals you see in this place are humans and a few fish. The gorge is in memory of the holy Verena who made a name for herself by serving the poor and healing various people from their complaints. As we arrived at the hermit’s house I was approached by a lady speaking high German so I assumed she was a German or perhaps from east Europe as she did have an accent (we speak Swiss German which is not very high and difficult to understand if you are not Swiss).

“Excuse me” the lady said “but I though I would inform you that opposite the hermit’s house there is a hole in the rocks. If you put your hand into it and make a wish the holy Verena will grant the wish and you will have no more problems.”

I knew of this wonder and so I looked at the lady and my reply was in a friendly voice but probably because I was not in such a good mood with all those people my answer was not so co-operative.

“Yes I know of this, but I am an unbeliever” or something to that effect. She apologised (although I do not know why) and moved on.

We eventually returned home and were glad to escape from the maddening crowds. I don’t know how that hermit manages to do her job. It was almost worst than the rush hour in the city of London. I think she also visits a Kloster for a few months now and again to get away from it all. 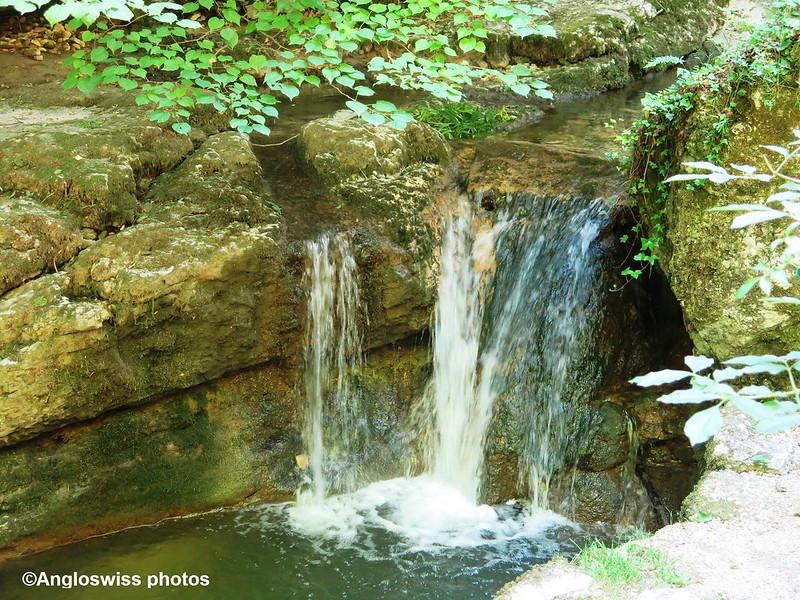 Here is a photo of one of the many waterfalls you can see in the gorge which does help to cool down on a hot day. I will back with more at another time when I am not very much prompted by the prompt.

Daily Prompt: Generation XYZ – A visit to see the hermit

7 thoughts on “Daily Prompt: Generation XYZ – A visit to see the hermit”