If you’re in school, are you enjoying your classes? If you’re out of school, what do you miss about it — or are you glad those days are over?

I am not in school I am out of school since more than 40 years. I do not miss school and am glad those days are over. Is it me or is this prompt silly, probably me.

First of all a photo from the local countryside, a field in the middle of a field, very geometrically placed. 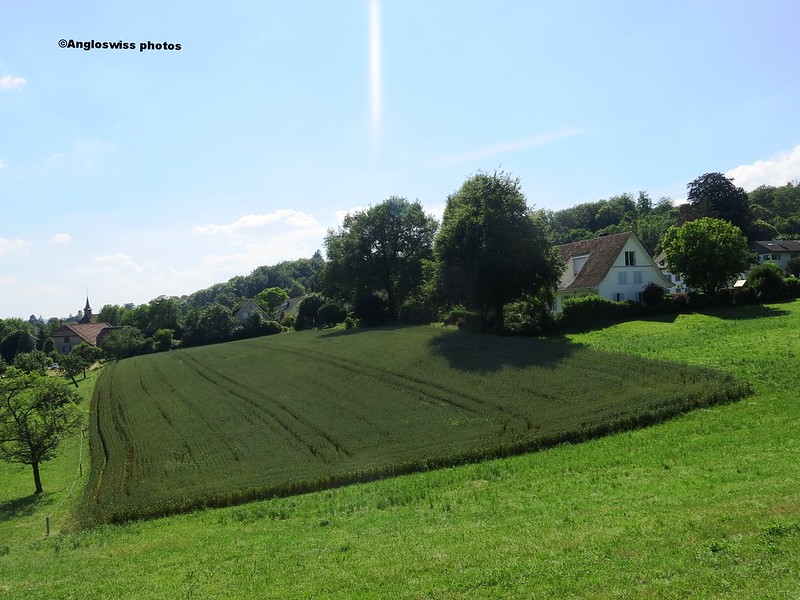 My days are now spent in the garden of old age doing what I want to do (mostly) and not what I have to do, although it has some disadvantages. Last week I discovered that an older work colleague of mine was no longer amongst us and two days ago there was an obituary in the local newspaper telling me of another colleague. Although they were both 80-90 years old, it is still a reminder that the days on earth are numbered and you can count yourself lucky to be able to blog.

Whether others count theirselves lucky to read my blogging efforts is another question.

Today my new Kindle arrived. Yes, we golden oldies no longer buy books, at least I don’t. The book shops are full of grey haired people searching for something to read and I have six bookshelves stuffed with books in my hobby room, as well as an oversized book case in the living room. I probably bought my first Kindle around 2007-8 when they appeared. There was no touch screen, it was not illuminated and could only be read if there was sufficient light. However, I became a golden oldie Kindle reader. I still read the “normal books” in between. Then the app appeared on the iPad, so I was converted into an almost 100% Kindle reader with a few exceptions for books I had been given as gifts.

It was then I noticed that a discussion evolved on whether to read a Kindle or a book. Many were the remarks I read from the anti Kindlers that preferred the smell and touch of a book. This is fine with me, but I noticed my older books that had been relocated to the cellar or some dark place no longer had that fresh paper smell about them. Their smell became similar to a forgotten cupboard full of old clothes or shoes that would never be worn again. Also now and again I would fall asleep in my chair whilst reading a book and the book fell with a crash onto the floor. My Kindle does not smell, neither does my iPad and it is not so heavy whilst falling asleep, so I am happy.

I actually no longer read on my old-fashioned Kindle, as they were transferred to my iPad, although it still accepted all the new books I uploaded. It was then that the Kindle people in the Amazon river basin, developed a new Kindle known as Voyage. I was impressed. It was equipped with WiFi and for an extra price 3g meaning if I was on a journey to the North Pole I could upload new books. What could be better, I checked my expense account and discovered with a little patience this could be mine and today it arrived. My books are now all in a cloud, I can see them waving from the sky as they pass by and not one of them has fallen on my head in the meanwhile. My photos could also be in a cloud but I discovered that this would cost money, so I am still thinking about it.

I am still trying to understand this new cloud system. Various computer programmes are constantly asking me if I want to upload their app to put my object into a cloud. I asked Mr. Swiss whose music seems to be constantly playing from the clouds. He explained that it does not clutter up my computer. I discovered that some clouds cost money. Even the gods want to cash in on the profits these days. Anyhow my books are now in a cloud. Next month I will be travelling to Germany by train – 6 hours. What am I going to do on a train for 6 hours? Striking up conversations with other passengers is always interesting, but sometimes they prefer to have a quiet sleep. I will naturally be reading books on my new Kindle Voyage and if I complete a book I can upload another book somewhere between Mannheim and Koblenz.

Naturally Mr. Swiss also has a Kindle, but prefers to read his books on one of his iPads. Oh the joys of being a cyber golden oldie.