If your day to day responsibilities were taken care of and you could throw yourself completely behind a cause, what would it be?

I no longer really throw myself behind anything today. I leave it to the younger generation who can devote their energy to good things. They have more time to deal with it. Being a golden oldie it is too late to begin something new. I could of course throw myself behind a cause to stop the daily prompts being repeated as I have done them all at one time or another, although it says according to the super system based on the random choice that arrives, it is very unlikely that we would meet a known prompt subject again. I am the big exception to the rule, as always. I meet the same prompts daily but that is probably me. Anyhow enough said about daily prompt repeats. It could be that I will be accused of repeating myself.  I now go for walks during the week with my camera hanging round my neck. I suppose that is a cause, doing my best to get my deserved Pulitzer prize for photography.

Funny about those prizes. I just had a look at the finalists for 2015 and have discovered that I probably choose the wrong subjects. The finalists certainly deserve their nominations. I should travel to more dangerous places, but I do not want my prize to be awarded posthumously. So what is wrong with this photo? 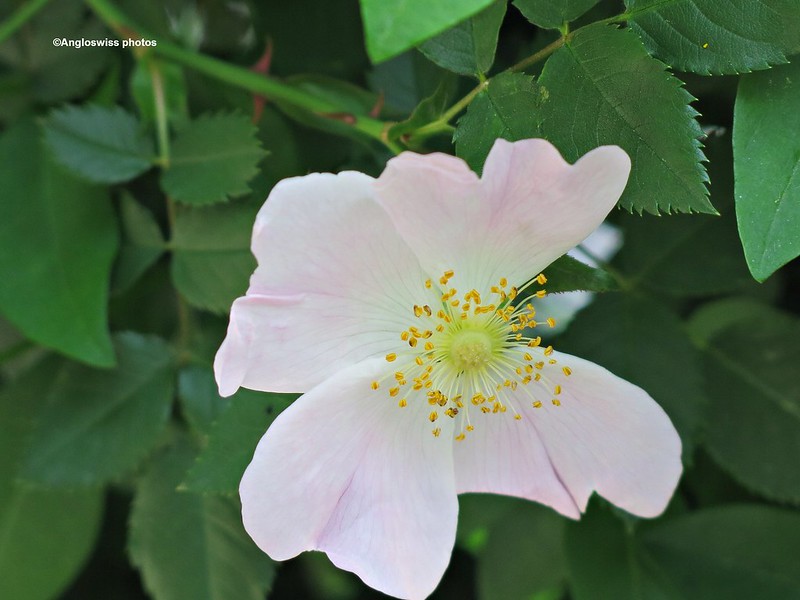 Ok, so there is a petal missing, of course, I happened to accidentally remove it. Beauty is in the eye of the beholder and nothing is perfect. If it was a prefect photo everyone would be accusing me of photo shopping to make this rose perfect, just to win a prize I probably would not win in any case. Flowers are not in at the moment. I should be at a war scene risking my life to shoot my last picture, but that is not my thing.

Two years ago I noticed a long thorny branch in my privet hedge which grew quite tall. We trimmed the hedge and the thorny stalks were also trimmed (actually they were removed). They did not belong in our hedge. Being indestructible they regrew, poking over the hedge. I decided to ignore them, thinking they might go away. I could form a cause: extermination of strange thorny growths in hedges. I could not find anyone interested in joining this cause. Each time I walked passed my hedge I was sure this thorny growth was turning its thorns and was following every movement I made, planning revenge.

This year Mr. Swiss was in the garden and showed me proudly a rose in the hedge.

“Look at that rose, it seems your hedge rose is flowering after all.”

I was astonished but when I heard a light flowery voice whispering “let me live” I knew that my wild hedge rose was here to stay. I had found a cause. Today was the day that the gardener arrived to cut my hedge and generally tidy up a bit.

“Shall I cut out those thorny branches?” he asked.

I saw the hedge slightly shaking and I heard a soft scream the middle of the hedge. I answered the gardener “No, just perhaps a little shorter but they have begun to flower” and so they survived.

Unfortunately it remains at one flower where I unfortunately removed a petal, but as I said nothing is perfect. Perhaps others on this daily prompt also have hedge roses, wild roses that appear from nowhere. Join the cause of hedge rose protection. They also have a right to live. I rest my case.

Daily Prompt: Blogger with a cause – save the hedge roses