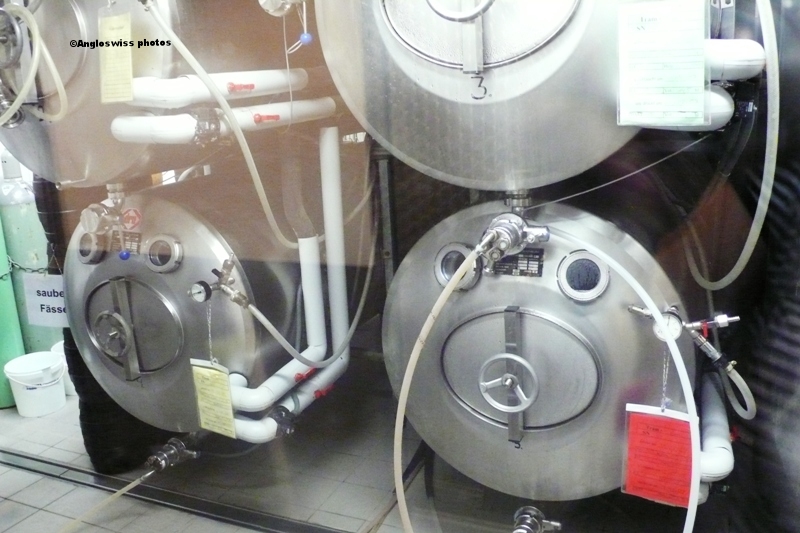 The used to have a bear pit in Bern. They still have a Bear Pit in Bern, but it is no longer a pit but a Bear Park on the banks of the River Aar. The bears complained that it was no longer the thing to do to put them in a pit. The bear is the symbol of Bern, and they felt they deserved something better. I have not visited the bear park, but when I do I promise there will be some photos.

However, I visited the old bear pit, which no longer has bears. It is empty, but not useless. A brewery has now replaced the bears. The brewing machines are all behind glass for everyone to see.

I then moved on, feeling a natural desire after seeing so much beer being produced and visited the ladies toilet. It was very clean and modern and I found an interesting poster on the wall, of which I took a photo. 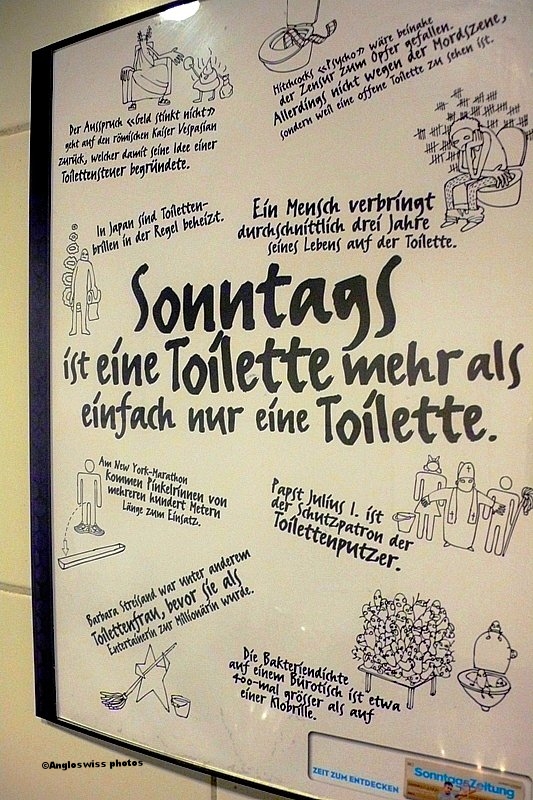 In the middle it says “On Sunday a toilet is more than simply a toilet”. Top left it tells us that the saying “money does not stink” originates from the Roman Emperor Vespasian who introduced the first toilet taxes. It then tells us that Alfred Hitchcock’s film Psycho was almost censored completely, not because of the murders, but because of the scene with a toilet.

It goes on to tell us that in Japan toilet seats are usually heated and a human spends on average three years of his life on a toilet (perhaps more if we take the iPad or a book with us). On the New York marathon it seems that if you have a human need, you might set up a record on distance “pissing”. Sorry for the expression, but I cannot translate everything. Pope Julius is the patron saint of toilet cleaners and Barbara Streisland was a toilet cleaner before she became famous. Last of all it seems that the amount of bacteria on an office desk is 400 times more than that on a toilet seat.

Yes the things those Bernese investigate.

Photos and Stories behind them – day four – The secret places in Bern, the capital town of Switzerland

Write 500 words on any topic you like. Now remove 250 of them without changing the essence of your post. 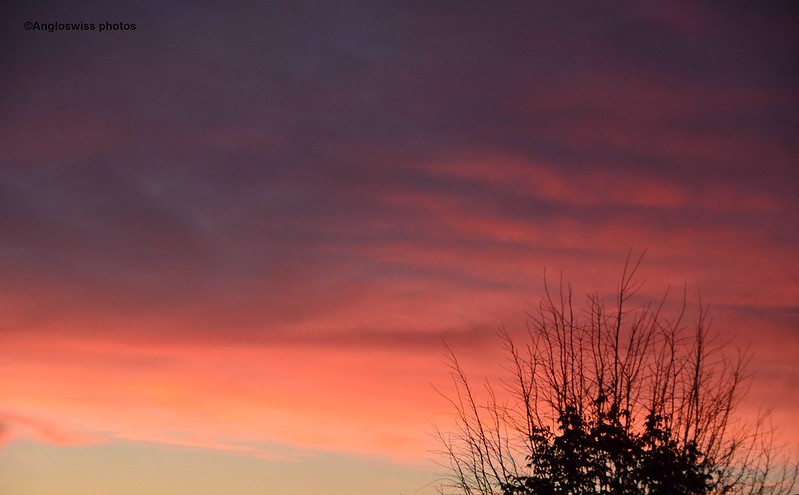 No Daily Prompt, I am definitely not sitting at my computer writing 500 words about anything I like because WordPress cannot be bothered to serve up a new prompt and find something worth writing about. I am not going to waste time thinking about what to write and eventually chopping it all in half, just to keep the Daily Prompt happy.

Did anyone notice that the last time this prompt arrived, on 6th December 2012 (huh – my birthday even), there were only 26 entries on the grid. Even I did not write on my own blog, but borrowed my feline’s blog. People do not spend time writing to chop it all in half, they have fun writing, but what is the point. No-one in this WordPress desert is going to bother to read what I am writing.

So I can offer you a sky over Feldbrunnen where I live when the guy organising skies decided to let it burn a bit. Perhaps he slashed up a few clouds to get there. I think I will now write something completely different, something with more creative energy involved and not destruction.

Daily Prompt: Slash and Burn – Was this prompt suggested by Al Capone?