Create three 3-digit numbers using your selections from the first step.
Next, visit this Dewey Decimal System website and find the subjects that match your three digit numbers.

My number is 671 – Metalworking and metal products.

The infamous Blacklight Candelabra means it well with me together with the Dewey Decimal System. I choose three random numbers and I arrive in the world of metal. I worked in the world of metal for thirty years as an export clerk. I was not up to my arms in metal shavings as shown in the photo. The photo shows the remains of the metal working process, the metal that was no-longer needed. there was a bar of metal, a rod or a block at the beginning which no-one could use. It had to be shaped and so it was shaped with various end mills.

Ok, you are confused. My employer manufactured the end mills in various shapes and sizes according to the work to be done. Metal is not just metal, it comes in various flavours. The basic flavour would carry rust if got wet, so it was refined with other ingredients. For the sake of simplification we called it HSS meaning high speed steel. In the beginning metal was created, but refined, had additions to make it stronger, perhaps more pliable, to suit the operation the end mill would perform.

And so the end mill was made to shape the metal to form the mould that a company needed. Take a look in the bathroom and what do you see. Perhaps a towel hanger, a tap, even a shower head. These things do not appear with the wave of a magic wand, they are formed from metal and so again to the beginning. The rod or bar or lump is cut, but with what. With a suitable milling tool inserted in a machine, a special machine. The excitement then begins forming the raw form. There is much noise the metal screaming as the mill ploughs through the surface. I am burning cries the metal and so it is simultaneously cooled with a liquid addition. Water, yes, but mixed with oil. I never did find out why, but probably to do with the friction caused on the surface and the oil made it nice and slippery and there was no traffic jam in the machine.

Various end mills are employed according to the shape of what you wanted to make. A metal mould might be created for pouring the liquid metal into it in the shape of your bathroom appliances, or even a kitchen machine. Like a cake, various ingredients must be added to the end mill to achieve the perfect result. You get to the part where we talk about tungsten carbide, or perhaps the cobalt content may be raised from 5% to 10% in the end mill. No this is too technical, I am to explain the world of metal.

Not all mills can be called end, they are the straight rigid ones. The ones with a shank and the fancy bit at the end for milling. Some are round and flat, some are cone shaped, but they all do the work, eaten metal to make a form.

There is also something called a tap and dye not to be omitted in the world of metal. You buy a screw and want it to fit. Have you ever thought how many threads there are to be screwed (in a metallurgical way of course). There are thousands and so the taps and dress are made in thousands of forms. The difference between the two: a tap is long and bores into the metal making an internal thread such as a nut, and the dye carves the thread around the metal forming a screw.

If you fall and break your arm the magical metal titanium will be screwed into the broken bones to keep it together. Oh I remember the wonderful photos of my left arm taken at the hospital showing the interior decorations of 15 screws and a metal plate keeping it all together. This was six years ago and my arm is still in one piece, thanks to titanium.

Of course there are casualties in the metal working business and you can see the remains of the work in the photo. These twiddly shiny decorative metal remains are not buried and put to rest forever, nor do they pollute the surroundings. The are renewed, rehashed, redone and brought to a new life by melting them down and reuse. Do not ask me how, I was only an office worker sending the end mills to other countries where they were applied to make steel forms, bathroom taps. I remember an agricultural organisation in Holland that used the end mills for shaping the hooves of cows.

I took many photos, the men in the department wondering what an office worker was doing hopping around their department in all sorts of positions trying to get the correct setting for her camera. Am I boring you? Probably, but this was my life for many years. I still have memories of the waft of oil and metal in my nose and the scraping noises of metal against metal, or the saw with its rhythmic back and forth sawing the bars and rods to the suitable size. Oh happy days. 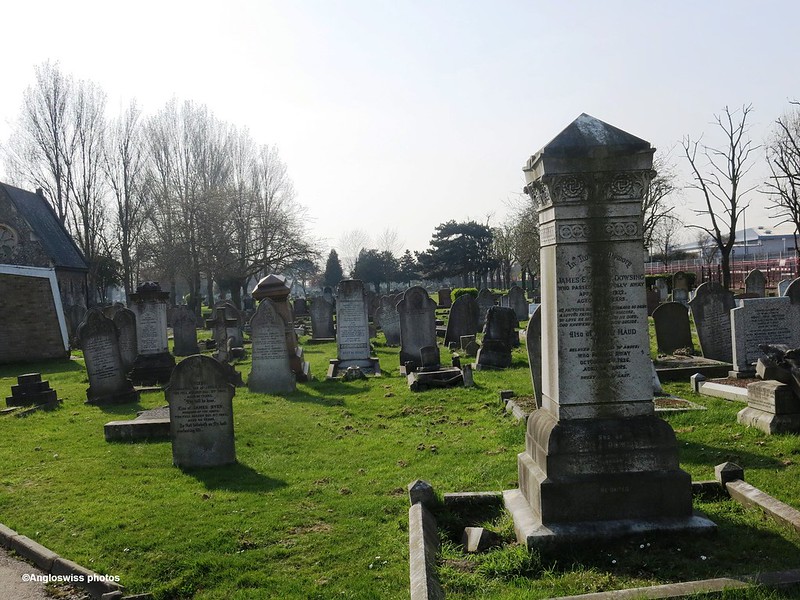 I beg your pardon. First of all WordPress kills the daily prompt with the eternal rehash from two years ago and only keep it fresh for the newbies. The long suffering daily prompters are cast on one side and now I should write my obituary. We all died at the beginning of 2015 when WordPress decided to kill us with boredom and repetitions. If you cannot think of anything new, neither can I. It is not my job. I am the one writing to keep this dying WordPress daily prompt site alive.

As the first sparse crocus appear in my lawn after the Winter snow, so are the prompts. Uninteresting, few and far between, nothing new and actually long dead. I would say if you want to stop these daily prompts, that is OK, then admit it and tell us all about it. If you are too lazy and fed up with the work involved, then just say go away and do not bother. You do not need us and we do not need you. Yes I am angry, fed up and will be glad to move on. The only reason I am still here is because I have made some good friends and do not want to lose the contact.

I am not going to write my obituary, for the plain reasons that I have done it before and I am still alive. Perhaps not in this particular prompt, but in a few others which eternally repeat themselves. Today is a short prompt from me, I have better things to write and do.

In other words, Rest in Peace Daily Prompt, I will return, will tag my contributions with “Daily Prompt” to get them in the grid, but your themes and subjects have long died. May they rest in peace until someone somewhere in the realm of WordPress might decide to involve some thought on those of us that spend time writing and like to have fun and enjoyment. I probably have to wear black now when I am writing to get in the mood.