Once upon a time, many years ago, 2009 to be exact, I belonged to a blogging site called Multiply. We were many, most of us refugees from Yahoo 360 which had stopped operating. We were a happy bunch, had a lot of writing groups. We would receive a picture and the exercise was to write something. I think they were my first steps in the writing world. Unfortunately, due to the greed of the owners of Multiply, they went into marketing, disbanded the social side of things and got their just deserts when they went bankrupt. It was then that I eventually chose WordPress as my new blogging home. Unfortunately things look a bit similar here at the moment, but it can only get better.

I had a colleague in Multiply that edited a web magazine called Wisp and she chose two of my pieces for this magazine. I do not know if the magazine still exists. She no longer works for this magazine, but here is a piece that was put into print written by me. At the time the subject choice was quite topical, but I think it still is, so here it is: 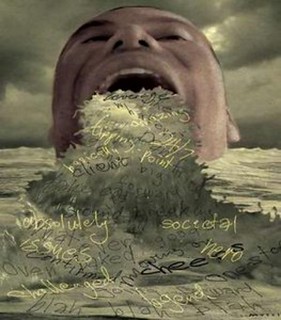 “Doctor we have an emergency patient waiting. I have never seen anything like it.”

“I am on my way nurse. Oh no, this looks really bad; strange symptoms. Every time he opens his mouth meaningless words fall out. Hello can you hear me; can you give me an answer to my questions?”

“Doctor I think he is trying but the words are just falling out and taking no sensible form or shape. If only they were making sentences.”

“How did this patient arrive in the hospital nurse.?”

“It seems he was attending a banquet and was going to hold a speech. When he stood up to speak it happened.”

“I think I can give the information you need doctor”

“I am his friend and was with him at the banquet. I saw it happen.”

“Do you know this person very well?”

“Yes doctor, we work together.”

“Can you give me a reason for this to happen? Did he show any symptoms at work during the day.”

“Not really, he seemed to have a heavy cough, but he smokes, so I thought it was due to the habit of smoking. He has been smoking quite heavily lately; more than usual.”

“That is interesting. Is there any reason for the heavier smoking?”

“I think it might be the stress he has in the office. Our directors have been put under pressure lately and it has all become too much. I noticed he coughed up a couple of letters during the day. His speech at the banquet was based on our annual turnover and profits, but the words just came tumbling out making no sense.”

“And now please tell me where he works and what his job is.”

“Oh, I thought you knew –  he is the managing director of our bank.”

“Nurse, just put the patient alone in a room and leave him for a few days. The complaint will cure itself. When he wakes up his bank will not exist any more.”