“If I can make it there, I’ll make it anywhere,” goes the famous song about New York City. Is there a place — a city, a school, a company — about which you think (or thought) the same? Tell us why, and if you ever tried to prove that claim. 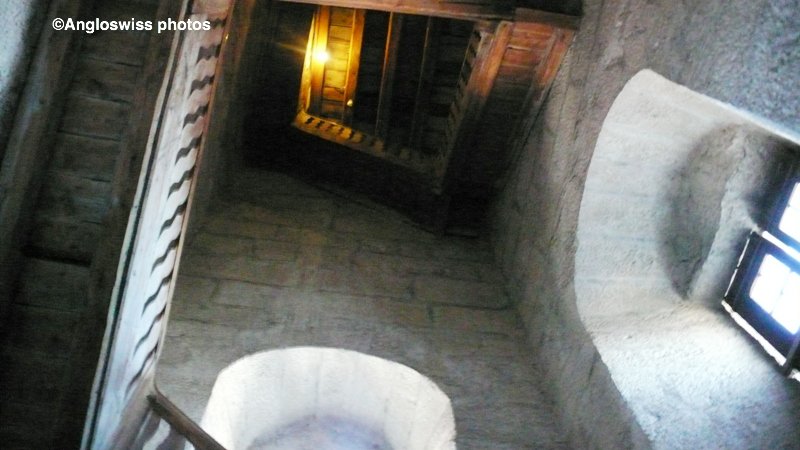 I once climbed these steps at our local cathedral to get to the top: to take photos of the view from the balcony over our town and local area. I did it, but today I do it in my dreams. There were many steps to the top and I remember  I wished that I had worn more sensible shoes, but it was a spur of the moment thing. I was wearing my high heels (not too high) but the length of the foot overtook the width of the stair. I made a spectacular arrival in the little office at the top. I made an impact on the man who was selling postcards and taking the money for the walk.

I was so happy to have survived the climb that I stumbled at the entrance and managed to save myself by gripping the table with the various tourist leaflets. Luckily the table broke my fall. I helped the man to collect his postcards which were scattered all over the floor. I was alone on my “make it there, make it anywhere” climb. Mr. Swiss was at home doing something safe. I walked into town and as I entered the town I saw that the tower was open bravely showing one Swiss frank for entrance. I should have asked if a life insurance was included in the price.

The man at the top was quite astonished to find his visitor gasping for breath in a crumpled heap on the floor, but my rubber bones survived. I decided after “getting there” a few photos from the top would be the proof. This was my second mistake. I walked out onto the balcony which was guarded by an iron fence, not solid but spaces between the bars. This was for my safety. I took my camera in my hand, but realised I would have to stand alone without support to take a photo. It was a wonderful day. The sun was shining and the view was terrific, but only for those with non-vertigo brains and legs which mine were not.

I discovered the solution. Stand leaning on the outside walls of the cathedral. These walls were old, thick and made to last, sheltering the worshippers for many years. Yes Pisoni the elder and his son knew what they were building, but they did not have to climb to the top to buy a post card or take a photo, they had it all on the plans.

With my back stuck to the supporting outside walls I slid along with my camera hanging from my neck taking some photos to show I had been there and done it. After my fifteen minute walk around the top I decided there was nothing more to see and began the descent. Based on my holiday experience on the slopes of the Bernese Overland in my past life, I knew I could do it, but I also knew that climbing up was always easier than going down. There was no fear of falling going up, but going down there were visions of stuntman like falls making it on the front page of the local newspaper, or even in the TV news. I had visions of making a false movement with my quaking knees and my foot finding no solid ground. I know it is a small step for mankind, but a dangerous one if you are still shaking. I was successful. I took each one of the hundred or more steps one at a time.

When I reached ground level, I did not have the feeling of making it anywhere, I was just glad to look at things from the same level and not look down on them. If I was the pope, or an astronaut, I probably would have kissed the ground, but that would have been unhygenic. They probably wash the ground before the pope arrives and the first man on the moon knew he was first, so no unwanted bacteria.

“Guess where I was” I said to Mr. Swiss.

“At the top of the St. Urs cathedral. Look, here are the photos.”

“You went up there on your own” and he had a look of wondering, disbelief and eventually admiration. He added “nothing happened, you survived with no accident”.

“Of course not” and I showed him a photo of the belfry and the sites from the top that I took as I leaned for safety on the wall.

What was he thinking, that I was not able to climb a few steps to the top of the cathedral. I can make it anywhere. 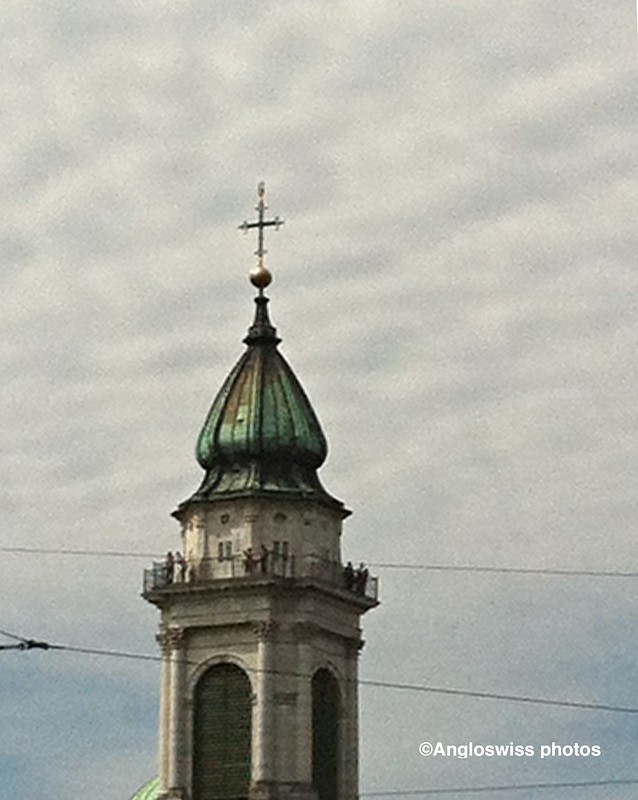 Daily Prompt: Make it Anywhere – Trials of a golden oldie

15 thoughts on “Daily Prompt: Make it Anywere – Trials of a golden oldie”