What’s the longest stretch you’ve ever pulled off of posting daily to your blog? What did you learn about blogging through that achievement, and what made you break the streak?

Perhaps I should add, this is not yet the truth, but could become one, one day. Otherwise I blog regularly every day for the past 2 years here. 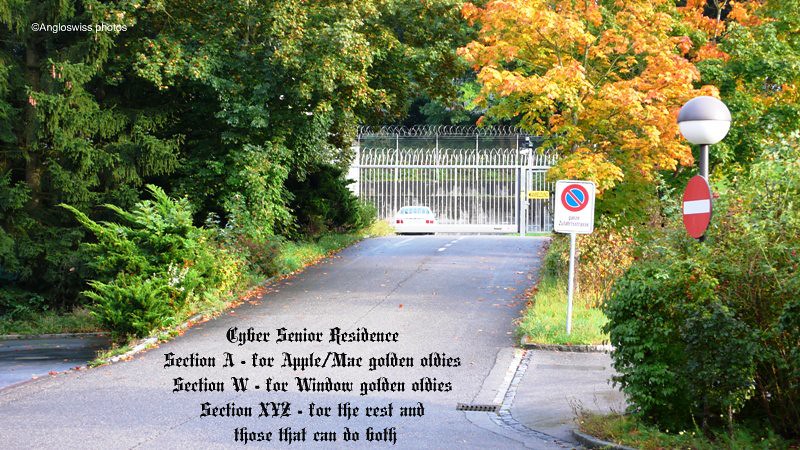 The streak was almost broken when I saved my daily prompt blog under “problems” instead of under daily prompt. I then realised that I was losing it slowly. After daily blogging for at least two years, with the exception of a touch of forgetfulness and a visit to my homeland, it was decided that I no longer had everything under control and as with most of us golden oldies, there comes a time when you are put to pasture.

After a long search for a suitable end station, I took things in my own hands. I did not want to spend the remainders of my earthly days knitting socks or piecing together patchwork quilts. I realised you could not do this on a computer and had to apply manual work. Sitting in a specially constructed chair (with straps to stop me falling out?) was also not my thing and having a weekly sing song with other golden oldies or talking about the old days in physical life was not for me. I am virtual to the core, a palndrome. I then discovered that there was a place for me. I scoured the advertisements of my Cyber Magazine for Golden Oldies and found the senior residence to suit my tastes known as The Cyber Senior Residence.

Since living here, I could continue my daily blogs with no problem. They first of all put me in department A for apple users, but soon found that my vast knowledge covered all types of html and whatever and so I am now in department XYZ for those that can do it all. After spending my first month here, I was voted as Chief Cyber, meaning that I was put in charge of the others ensuring that peace reigned. It was not an easy job. I remember Mabel, our oldest, now approaching 90 years of age, had a nervous spasm when she discovered she could no longer send an e-mail to her daughter living in Iceland. No matter how she tried, the mails returned with an exclamation mark. She tried it via Internet and it worked, but no self-respecting computer user, no matter how old, wants to stoop to such a level. Of course, I organised it for her and she is forever thankful.

“Mrs. Anglo Swiss, I have a problem. I cannot pingback.”

A common occurrence amongst those still writing their WordPress daily prompts. After hours of composing their entry, they want to say “Look, I am still alive and breathing. Here is my prompt”, only to find after 20 years of experiments with the new and wonderful grid system, it still does not work. I explain that the grid no longer exists, its boundaries and edges rusted away to be replaced by, yes, the old system. Endeavours were made to find something new, but in the meanwhile the experts had also retired and were no longer available.

I did find one expert living here in our residence. Unfortunately he screams when he sees a WordPress site on Internet with its trademark. “No, I cannot do it, take it away, it will kill me”, so he is now in the department for cyber allergy, yes it can happen to the best of us. Most of all I enjoy applying the knowledge I learnt on the path to cyber fame. You are not alone in this world of prompts, so respect the others and their ideas. Since I founded the WP group “With Grey Hairs you can still do it”, many of my colleagues here have found a new inspiration in their life.

Montgomery wrote a lovely blog about how to succeed when you forget how to post a link. He told us that it was not important, just do a copy paste. It does not look as good as a html code, but does the trick. Geraldine tells us all about her garden of geraniums, although has problems with the earth falling in between the spaces of the keyboard. Last week she found a clover leaf growing between the “f” and the “g”. We celebrated Cyril’s 70th birthday last week and each one of us sent greetings over Golden Oldie Facebook. He was so pleased and thanked us all with a photo of himself surrounded by his computers. Unfortunately there was only room on the photo for 20 of them, but we knew that he had 50. Cyril even knows what DOS was, how many of us know that today.

There was excitement last week when we had a new resident, Mr. William B. Gates. He naturally has his own room. They had a problem fitting the bed into the room, as the computer took up most of the space. Now and again you hear a scream from his room, poor man. That is when he realises that Windows sales statistics have fallen behind those of Apple. He was warned not to introduce Windows twenty and a half, but he would not listen. The screen was so full of pictures and cyber signs, that there was no room left to post a command and no-one found the control key. I heard he had a brain repair job. He had some new software fitted. They did not tell him it was Unix.

Now I must come to a close, it is time for food. It is Sunday, a special treat. We have three blue pills and two pink pills instead of the usual tablets marked with “SSD”.