The World Series starts tonight! In your own life, what would be the equivalent of a walk-off home run? (For the baseball-averse, that’s a last-minute, back-against-the-wall play that guarantees a dramatic victory.) 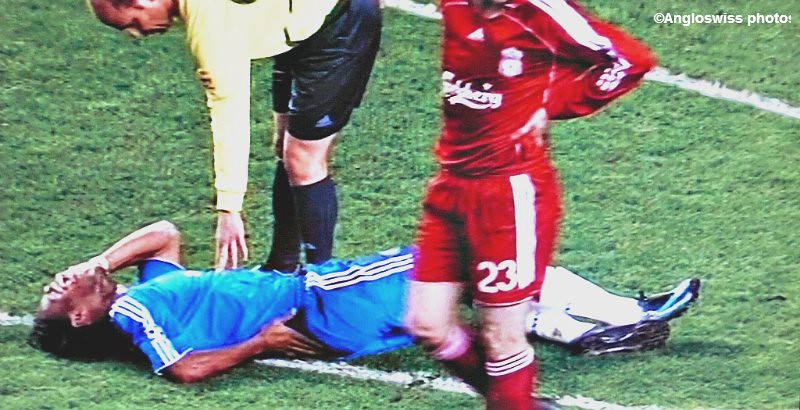 “Cough, cough, splutter, splutter” and I just cleaned my computer screen and the keys; rescued them from a fate of clogged up contacts. I was in the process of eating my caramel desert garnished with whipped cream, when I read this prompt, but of course I know what the World Series is. It is when the best cricket team is announced, or perhaps the winner of the Hornuss championships, but wait. Hornuss is only played in Switzerland, particularly in the village of Derendingen and cricket, well if you are Indian, Pakistani, Australian, New Zealander or even British you will know what I am talking about. Then I forgot, they do not have a world cup because it is not played worldwide. Although I thought that the term Grand Slam was applied to tennis (you know where two people – sometimes 4, hit a white ball back and forth). My cats love watching that game on the TV.

Now we are talking about baseball, which is of course placed worldwide,and we all know that baseball is celebrated everywhere, especially in ……. Yes well, I suppose the States. I was known to play a game called rounders at school. It is similar, but we did not wear those nifty caps with Names engraved on them. I once had a New York Yankees cap, but forgot it in a taxi somewhere in Portugal. I bought a replacement, a white one with Lakers written on it, some team in Los Angeles. I cannot remember where I lost that one, but now I have none, although Mr. Swiss has one with an little fur elk on it. It was an advertising gift from one of his trips to Sweden when he was working for the company beginning with V and ending with O that make trucks. We do not wear it, unless we remove the elk.

By the way the photo is of a famous footballer Didier Drogba (you know the game with the round ball which I believe even the states have now discovered). It was a match being played on 28th April 2008 between Liverpool and Chelsea (two English teams). I took the photo from the TV, hence the bad quality. Why this picture? Because this is how I feel in the morning when I awake: no go, flat out and “do not touch me, I might fall apart” feeling. In the good old days when I was young and lovely (well I was young), I would spring out of bed like a Spring lamb, nothing could stop me. I bounced my way to the kitchen and full of energy prepared my breakfast at the same time (multi-tasking was then no problem) I would be organising the offspring for their day at school. Yes, no holds barred, I was a fountain of youth, a source of inspiration to all.

Today I had an interesting discussion with Mr. Swiss. He found I no longer move as much as I used to. I should go for walks in the fresh air, not just read a book or (oh horror) sit on the computer. I seem to have no energy and it would definitely be to my benefit to be more active. I was compared to a machine that gathers rust with age. I had to agree as I often feel like a rusty machine. It was an inspirational talk and I decided that today I would take a walk in the open air and write my daily prompt Pulitzer prize suspicious entry later. Unfortunately we are now experiencing strong winds with dark clouds gathering and the temperature has fallen. Is today Armageddon? This changed my mind. I decided this back-against-the-wall situation was not my thing. It would definitely guarantee something dramatic, but not quite a victory: more one of my unfortunate accidents where a gust of wind would catch me off balance and cause an emergency situation. So, as usual I am sitting at my newly cleaned computer (the whipped cream and caramel stains have been removed) and am writing my prompt. I decided that a Tai Chi practice would take place when I am finished as a compensation for not taking my death defying walk in nature.

Before I draw to a close I would mention that today is a memorable day. No, it is not the world series (although it coincides with the beginning of the World Series), it is Mr. Swiss birthday. We celebrated by me cooking a five star meal. Of course telegrams and congratulations were pouring in from all over the place. The Swiss government have not yet sent their telegram, but perhaps he is too young.

Anyhow happy birthday love, and may there be many more (I bet he won’t read this blog, too busy listening to music on the computer).