When was the last time you were completely stumped by a question, a request, or a situation you found yourself in? How did you handle it? 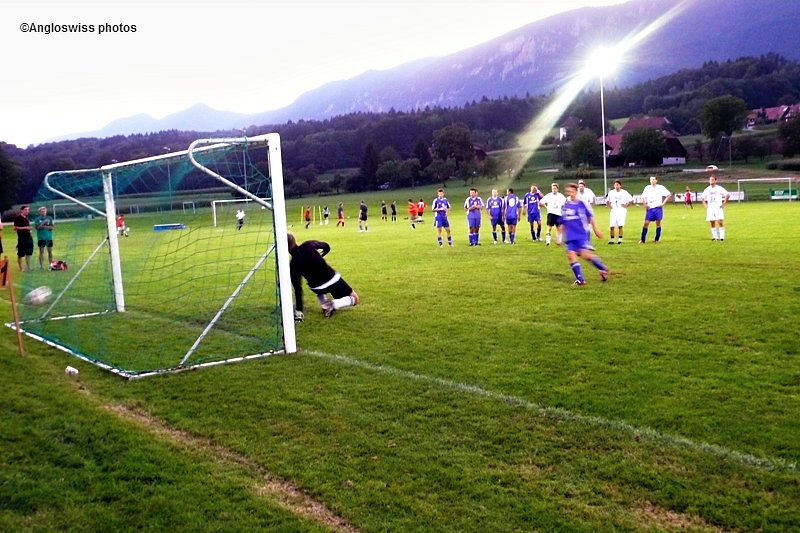 Nothing more disappointing when the ball lands in the net and a goal is scored: this was at a local soccer match where I was playing first aid person to help with any injuries Everyone survived, although it was an interesting job massaging all those muscles in the legs of those strong muscular footballers. Otherwise I only get to massage my own muscles and that is not so interesting. I am diversing, so let us get on with the daily prompt.

Every day, regularly around 3 in the afternoon, I am stumped by a question known as the Daily Prompt. However, not often being at a loss for words I usually manage to turn the impossible into the possible. Life is so easy today. Only at lunchtime Mr. Swiss was trying to think of a particular film star who he saw in a film yesterday evening before retiring. I had already retired so did not know who he was talking about. It was when he said he played the role of Casanova in a film I knew who he was talking about. The problem is, we are two golden oldies (OK he is nearer to platinum), so our memories were not what they used to be.  Armed with our iPads we searched and before Mr. Swiss found it I had a brain wave. There was a crack of thunder, a bolt of lightning, I was surrounded by an aura of light, the clouds opened and a finger pointed at me (am I exaggerating?) and I said  “Donald Sutherland”. I heard cheers and claps in the background and the verse of a hymn sung by a full choir “Yes” said Mr. Swiss and we were happy until we tried to find the name of his son who is also a good actor, but not as good as the father. No problem “Son of Donald Sutherland?” written on the iPad and the result arrived “Kiefer Sutherland”. These are just the little pleasures of a golden oldie life. These are the simple problems of life.

When I arrive for a doctor’s appointment and the nurse cannot find me on the computer, then we have a problem. However, the nurse being young enough to be my daughter, she soon found the problem, I was a week too early, although the doctor saw me all the same. I seem to make an impression on people I meet and he just had to see me.

I do not have to handle things really, they sort themselves out. One of my favourite statements when I was a working woman was “I will have a look”. This leaves so many possibilities open. First of all I do not commit myself to when I will have a look and on a good day the boss will forget what he asked me in the first place.  If it is a bad day, the boss might ask again a few hours later. I am never lost for an answer, so I tell him I was busy on another important task for him and will look afterwards. Bosses have short memories, at least mine did. With luck he is flattered that I was occupied with another boss problem and he forgets the problem completely. It eventually solves itself. I survived 30 years at the job. He did not, he was allowed to leave and find another job until he retired. There must be a logic in that situation.

Of course it is a different problem when Mr. Swiss gives me an assignment. This is, of course, marked with priority No 1 and will be noted in my iPhone, calendar and etched on my brain. Unfortunately I might be distracted and forget the mission. I wanted to give an example of such an occurrence. I asked Mr. Swiss for an example of something I might have forgotten for him. He is now racking his brains (yes he has them) and is sure there must be something, but has not yet found it.

This is the success of a perfect happy partnership. If I forget it, he will forget it as well and there is always Wikipedia or Google to prompt our memories. Upon reading through this example of a perfectly written blog packed with brilliant ideas on how to tackle the subject of being completely stumped by questions, I have a strange feeling. Where would I be without Bill Gates or the late Steve Jobs? Even Wordy, my faithful WordPress colleague who visits on Saturday is a support to my brilliant ideas.

By the way Wordy has left me, is still a Fugitive escaping the revenge for forgetting the Daily Prompt a week ago. I told him I am sure all is now forgiven and he should return. “Come Home Wordy” if you read this.  You will be given a new, clean WordPress t-shirt. The one you are wearing is now splattered with mud and twigs where you were fleeing across country, as well as blood stains from fighting with the WordPress hounds.

Have a good Sunday everyone and don’t forget, if you do not know the answer, it is not so important.

Daily Prompt: Curve Balls – Where there is a Google and Wikipedia there is a way

13 thoughts on “Daily Prompt: Curve Balls – Where there is a Google and Wikipedia there is a way.”