We’ve all had exchanges where we came up with the perfect reply — ten minutes too late. Write down one of those, but this time make sure to sign off with your grand slam (unused) zinger. 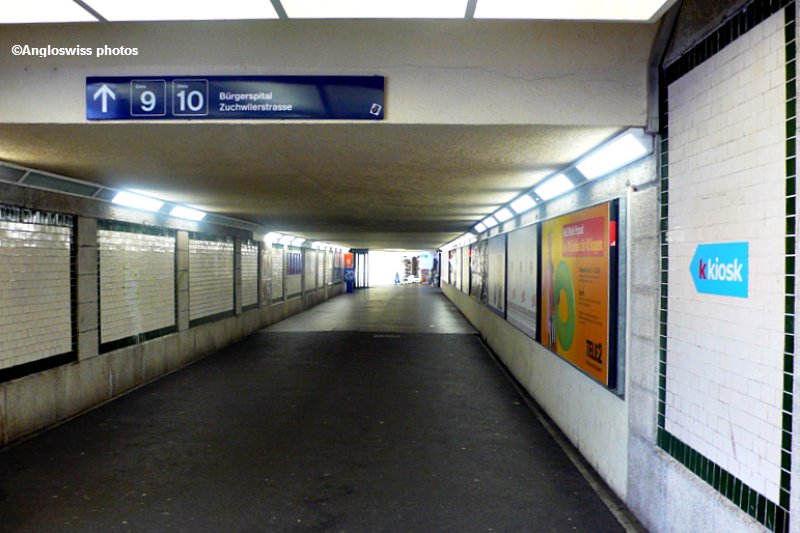 At the end of a tunnel there is always light and perhaps a perfect end. This is a Swiss tunnel at the local railway station which seems to be endless without a grand slam. I do not know, I have not got a grand slam zinger (whatever that is) and it is not part of my discussion. I knew an apprentice at work who always gave the answer “OK” in a happy voice with a lilt at the end of the discussion. You never knew it if was really OK or not so any further comments were pointless.

We have just had a case in Switzerland of a politician who sent naked photos to a virtual female colleague in Twitter. Things got a little hot for the politician when the lady told him she would not delete the photos. It was particularly embarrassing because he sent the photos from his work place which was the local government office. Apparently the crime was committed on the WhatsApp application.

Perhaps the lady wanted money or just exercise her power over the politician. It all came out, the politician explained with tears in his eyes on the news that he was ashamed etc. etc and apologised. He went on a confrontation course and even appeared in a discussion programme in the evening on the TV. He went public. Perhaps it was a clever move as the lady in question no longer had a grip over the events. There was no further damage she could do. However, the politician did say that it had absolutely nothing to do with sex Oh no, he and his lady friend had been having “an intellectual conversation about a book project on erotic fantasies”. I do not think he was believed eventually, so perhaps his perfect reply was not so perfect after all.

You see, even the Swiss parliament has their naked secrets. The politician apologised and told everyone he had no intention of resigning. He wanted to keep his job. What a brave man?

To return to me: if things really get too hot to handle I can always use the bit about not being from here and not understanding. Unfortunately those that know me realise that I can converse quite fluently in Swiss German (with a few little mistakes here and there) and so this argument would not really work. My Swiss German knowledge is gradually overtaking my English. However, it is always worth a try as there might be some unsuspecting person who would really believe me.

As this is such an inspirational, original prompt. I will now come to an end as I really have nothing more to say. I do not even have a grand slam, probably because I find tennis a boring sport. I was always the one at school that hit the ball with the racket and it departed into an orbit, heading for other galaxies. I never did get the hang of sending it on its way to the other side of the net.

Contrary to the idea that I always have the last word, I do not. I just do not say anything more, that is always an effective finale.