Tell us about a time you made a false assumption about a person or a place — how did they prove you wrong? 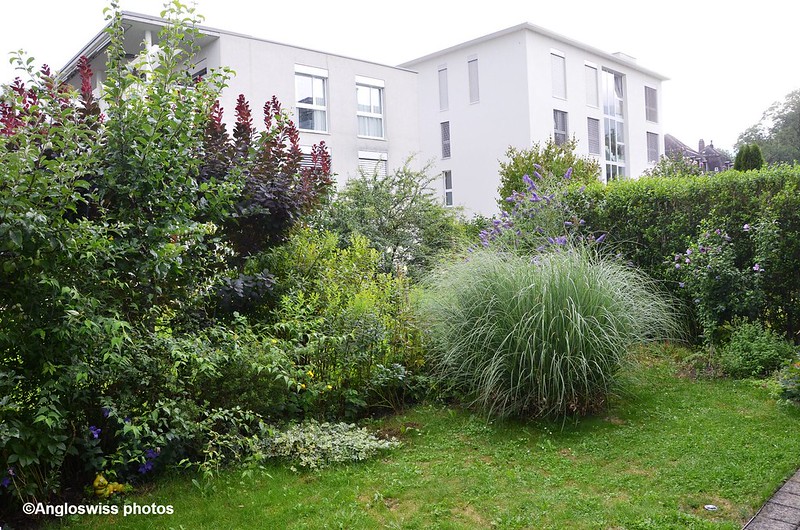 I paid the hit man and planned the assassination in every detail. It all began as a harmless idea. I wanted a pampas grass in my new garden about 15 years ago. I was younger and naïve and was sure it would be the crowning glory of my lawn. I visited the supermarket garden department. Supermarkets are always the cheapest. I found it in a corner, nothing special, a few grass stalks, but what was not could easily be. I took it home and placed it in the garden.

“What is that” said Mr. Swiss

“A pampas” I answered proudly.

He shook his head and found it looked a bit stupid.

Fast forward just five years: Mr. Swiss was becoming worried. He found the pampas was growing, spreading taking over. I did not agree. I was proud of my pampas, and in the second winter after he moved in he had produced five long spears of fluff. Over time I discovered that in Australia they reproduce and cast their seeds everywhere. They are even regarded as a weed to be ripped out as soon as their fresh shoots appear. Mine never spread its seeds, but over the years we had a layer of pampas fluff over the garden through winter. To be quite honest, I was a little worried. The earth was not so deep and I imagined pampas roots destroying the roof of the garage which was underneath the garden. “No worry” said a gardener I knew. “They do not grow deep, they just spread.” Yes, it did spread and after fifteen years it was wide. In the middle it was empty and our Tabby cat would often sleep in the middle. Our other cat used one side of it as a marking place which eventually caused the grass leaves to disappear and on a hot day it was not a pleasant smell.

I was of course proud that it was now producing regularly about 20-30 feather ears annually. Of course a certain amount of work was involved in spring to cut it down with the electric cutter, sweep the remains away and tend to my cut fingers from the sharp edges of the grass.

One day we decided to have the garden renewed and to take revenge on the pampas. In the meanwhile I was convinced it was possessed and was planning to take over my garden, my apartment and the village. It was the only pampas in the village.

In the meanwhile I had discovered there were two mounds beneath the pampas which suspiciously resembled ant hills. Unfortunately I forgot this when the gardener arrived to remove the pampas, but no problem for the gardener: he cleared the pampas in thirty minutes. When it was gone you would not have known that it was once there. We were all happy and the gardeners continued with their work, flattening everything, removing our old lawn, which resembled more a field of dandelions and daisies, and preparing for the new replanted grown roll lawn.

Mr. Swiss looked at me as if to say “I told you so” and I must admit he did have the gift of prediction on the day the pampas was planted. However, 15 years later it was gone, killed forever.

We were pleased with our new look garden. Two days later Mr. Swiss and I were sitting on the patio enjoying our evening meal and the view on the new green weedless lawn when I saw something move in the opposite flower bed. No, it was not something; the whole edge of the flowerbed was alive, teaming with insects. I took a step nearer, yes; it was the revenge of the ants. They seemed too small to be the normal average black ant, but there were millions, fast moving ants, some with wings and flying (OK, perhaps not milliions but it looked like it). Would we be eaten alive by an invasion of red ants, injecting their poison and our bodies covered with red lumps? I decided to take action. I had no time to consult Internet. I boiled water, at least two litres and poured it on the active ants. Then there was silence, no movement, all was still and then….. Yes I saw at least ten ants still alive. I poured another jug of boiling water on them and all was still. Afterwards I read in Internet that baking powder was quite good. They eat it and explode. I decided against this method as I did not want exploding ants in my garden.

The next day Mr. Swiss visited the supermarket and brought home ant killing tins. They are filled with attractive ant poison. The ants take a walk in the tins through the doorway and cover their little feet in the poison. They return to the nest and hopefully say “Hello Queen Ant” spreading the poison all over the nest. Within a day or two the ants are dead. I distributed four tins in the ant infested area. In the meanwhile a Facebook friend told me that a bottle or two of acidulated water (you know the fizzy mineral water) poured into the nest kills the queen because it removes the oxygen. A day later I tipped three liter of fizzy mineral water over the place where the ants were. This was a week ago and since I have not seen one single ant, just a few firebugs, but they are OK. They bring some colour into the garden.

So there we have it – my false assumption was that a pampas grass is really something to make the neighbours envious, but they were probably laughing when they saw it. She will be sorry one day, and we were. However, we killed the pampas (and the ants) and now have a normal average garden. Of course you want to see the finished product, so here it is. 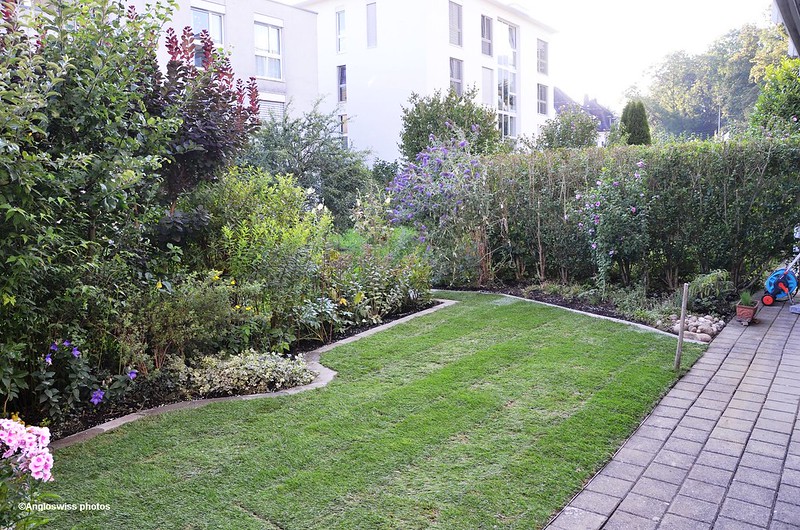 Daily Prompt: Think Again – I paid a Hitman to kill it

19 thoughts on “Daily Prompt: Think Again – I paid a hitman to kill it”