Small moments of kindness peek through our everyday lives, from your neighbors’ “Good morning!” to a surprise “I’ll take care of that for you” at the office. This week, we want you to explore what that kindness means to you, and share it with others. 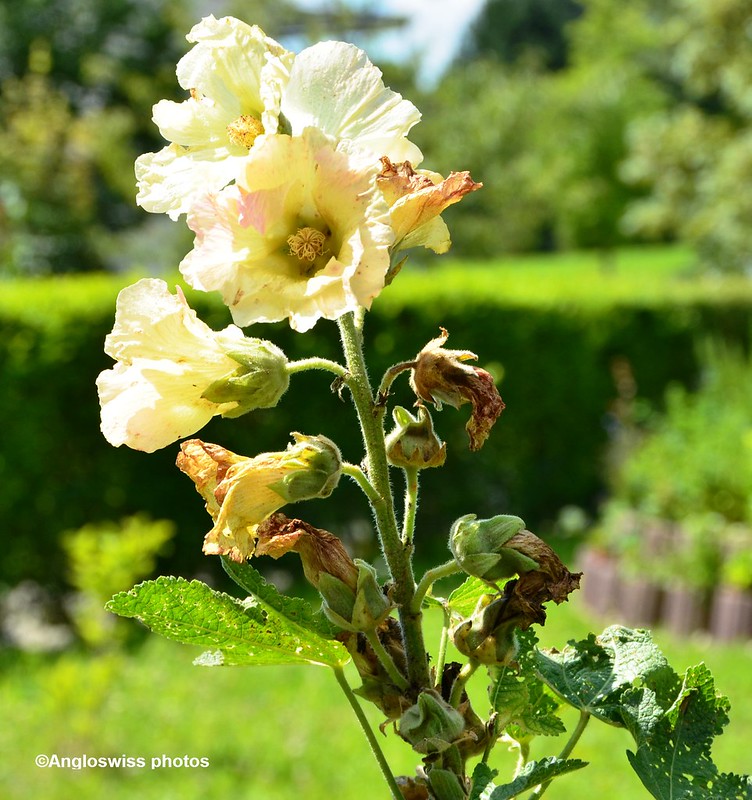 Kindness has many faces and of course you can always say it with flowers if someone has helped you or saved an embarrassing situation, but it does not often happen that you are at the receiving end of the flowers. I was active many years in the voluntarily first aid group in our village. We were not asked to be kind, it was our duty to be kind. If you saw an accident happen you helped. Kindness means to me that someone has helped without asking them to help. It is a rare occurrence everyone is busy with their own life and affairs but it happens now and again and your faith in the human race is perhaps restored, be it in a small dimension.

It was a day sometime in late spring. The sun appeared now and again and temperatures climbed a little: definitely too warm for the winter jacket. I decided to rethink my dress organisation. It was not cold enough for jeans with a handy zipped up pocket containing the purse with credit cards and money and second pocket contining the keys. I decided on a lightweight jacket and trousers. I did not have my special thief-proof pockets, but I had a pocket in the jacket big enough to contain everything, so I thought.

My husband and I arrived at the supermarket, parked the car and travelled on the escalator to the first floor where the hunting could begin. It was the usual shopping expedition for food and other sundries. We arrived at the cash desk and I put my hand in the pocket of the jacket to take out my purse. Huh! no purse. I looked in the other pocket as in such situations you try everything but no purse. It was no longer there – how embarrassing: Mr. Swiss (husband) to the rescue. He produced his credit card and we escaped with the shopping.

I was naturally quite disturbed. It was clear that I had lost my purse. It had fallen out of the pocket in the jacket, which was not as safe and sure as the blue jeans zipped up pockets. Oh dear and what to do. There is a general counter in the supermarket for queries, so I looked in and asked if anyone had surrendered a purse.

“What is in the purse?” asked the lady at the desk.

I listed the various credit cards and money which was not so much. “My name is on the credit card” I said and gave the lady my name.

She opened a drawer and there was my purse, complete with everything.

“Do you have her name, address or telephone no?”

I still had my mobile phone, which was in the other pocket in the jacket – still.

I now had my purse and cards and sat on a bench and dialled the lady’s number that had found it.

She told me that it was not the first, but about the third time she had found a purse with money and returned it. No-one had ever bothered to thank her for finding it and this was the first time. I sensed from her voice that she was probably about my golden oldie age. She was so happy that someone had taken the trouble to thank her. I was, of course, overjoyed to have all my possessions again.

It was only a month before when I had boarded the train to the airport and in the crush when boarding the train, that a thief and put his hand in my bag and stolen my purse, this time containing my Swiss identity card, credit cards and money. I was stranded at the next station, luckily with my mobile telephone and could stop all my cards by phone and inform Mr. Swiss what had happened. I did not even have the money for a return ticket. Mr. Swiss paid it at our local station and they told the next station to give me the ticket. This is actually the reason why I began to put all my valuables in a sealed up pocket and no longer a handbag, but this was only possible in Winter. And now my purse had again disappeared, but this time I was lucky.

I finished my conversation with the finder of my purse, thanked her again. She was so happy that someone had at last acknowledged her help.

Before I left for home I bought a box of chocolates known as Merci. I find them the best way to thank someone for their help. The lady called me at home the next day and was almost in tears. She thanked me for the chocolates and said it was the first time ever that someone had acknowledged her help and that there were still some good people in the world.

For me something natural, but probably not for all.