Among the people you’ve known for a long time, who is the person who’s changed the most over the years? Was the change for the better? 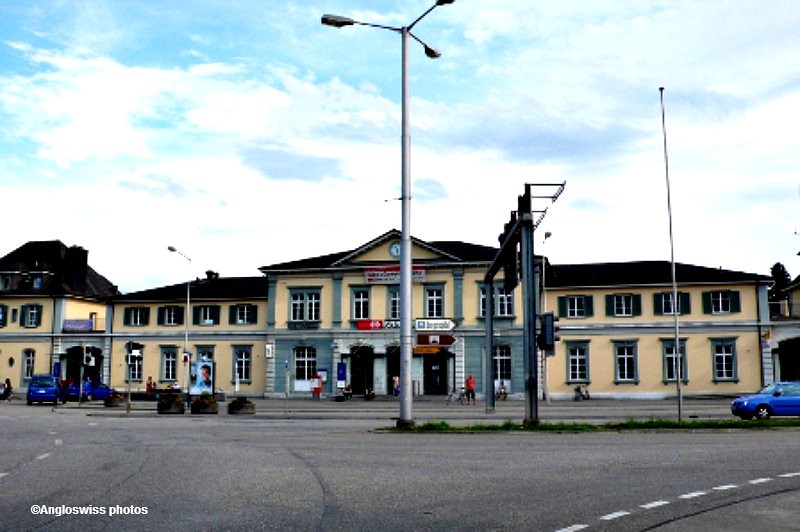 I know that the station building in the town of Solothurn, where I have been living for the past 46 years has not changed. It is only the roads that have changed, made bigger, better and wider to accommodate the traffic. The last alternation was a couple of years ago when we had to go through an obstacle course to reach the station and catch the train.

People? No-one has changed, they all look the same and if they did not look the same I would not even dare to mention it. If someone wanted to write about how I have changed over the years, I would probably unfriend them if they are Facebook and disown them if in the family.

“Oh hi, I havn’t seen you for a few years, I hardly recognised you. I thought your hair was brown, but seems it now has a few silver threads Ha, ha, ha, and not as sprightly in step as you used to be. How are the kids? Oh, I didn’t know that. You say Fred is being released from prison next week after serving his sentence for drug peddling and your daughter is doing well on the mile, earning plenty of money.”

I know it does not have to be like that, but sometimes it is better to keep quite. Just say how nice it is to meet again and we must go for a coffee some time. Perhaps we will, perhaps we will not, but it is friendly and causes no problems.

Of course there are people that have changed a lot over the years, but I have changed as well. Whether we have all changed, for the better or worse is open to discussion, but not in public and definitely not here on WordPress. Even my felines are annoyed when I take a close look at them, into their ears, in the fur and other areas. They are worried it means a new visit to the uncle vet and no cat likes to visit the vet: except for our Fluffy, perhaps.

“Yes that ‘s true Mrs. Human, I like the vet and the ladies that help him. They pet me and tell me what a good boy I am.”

“Don’t believe them” says Tabby, our other cat  “it is all a trick. They just want you to keep your claws to yourself because they really want to jab you with a needle.”

I decided not to continue that part of the conversation, felines can become quite emphatic when the subject of the vet is being discussed.

Mr. Swiss has not changed during the 46 years we have been married. He tells me regularly that I look just the same as the day he married me – OK, we do not have any wedding photos to prove differently. It seems my kids have altered over the years since their diaper baby days, but I did not even notice that happening until one day they moved out. If I really wanted to answer this challenge I could admit that my 40 and 45 year old sons have changed since they were born, but that is called growing up.