Since many are marking their country’s “birthday” in the US today, we wanted to ask: How do you celebrate yours? Are you all for a big bash, or more of a low-key birthday boy/girl? 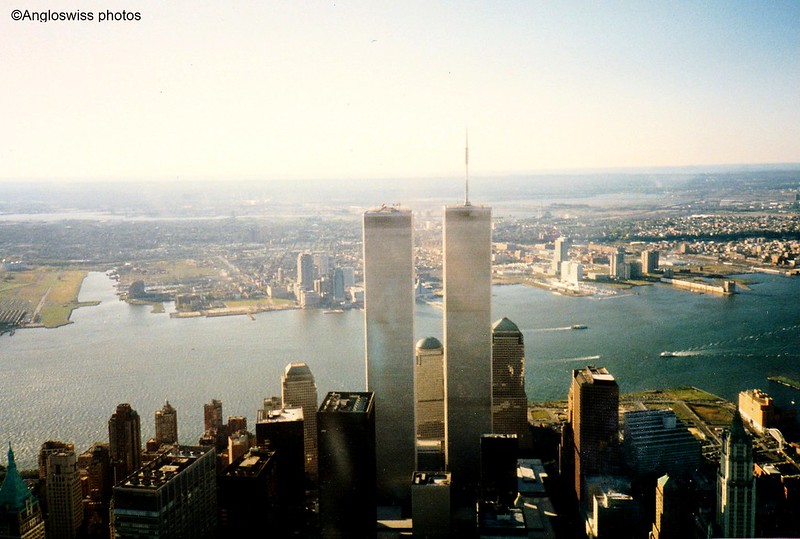 Just a minute, wait. This is not about my party, that is on 6th December. It just so happens that today a country way over the big pond, now known as the United States of America, is celebrating the day when they kicked the British out. Whether it was exactly the 4th July I do not know, but they happened to settle for a date in Summer when the weather was OK and they could Bar-b-que outdoors with no problem.

My visit to New York was a few years ago, as you can see from the twin towers shown on the photo. I came to near death taking the photo. If I had known that helicopters have a habit of crashing into the Hudson  River whilst showing the tourists how it all looks from above, this photo would not have been taken. I still do not know what all the fuss is about. Nothing against Georgie Washington and I do have a lot of colleagues in this country where the streets are paved with gold.

Of course, we have a lot to thank the States for. Without them we would never have tasted the delights of a hamburger, not to mention hearing the music of Elvis Presley and Guns and Roses. I remember the memorable visit to a large white building somewhere in Harlem. This was apparently the place which George Washington chose as his office. It was very strategic. It was somehow positioned between the East River and Hudson River and he could see if the evil English would be approaching. He saw them coming, had visions of eating roast beef and Yorkshire pudding for the rest of his life accompanied by playing football with a round ball and made his decision. He fought a battle and won, and threw them out. On the way to New York the british soldiers had a tea party or something like that. One of them decided to make off with an Indian chief’s daughter and they were doing things wrong all the way. No wonder that George Washing did a do-it-yourself job: cannot really blame him.

I know, I am not all that good at American history, but it was already struck from the list of things to learn at school. It was only when the Queen decided to visit the country and see how the colonialists were progressing, that it was ever mentioned in a school lesson.

In the meanwhile Great Britain was doing it all their way without the States. They discovered a few other countries at the other end of the world, like Australia where they could deposit a few unwanted prisoners and New Zealand, but they were pioneers apparently.

We are a little early for the Swiss birthday. That will be celebrated on 1st August with political speeches in the villages and bonfires on the mountain tops. Many Swiss decorate their gardens and balconies with flags showing the white cross on the red background. We have no colonies, just a lot of Kantons, but as we speak 4 languages between us and each Kanton has its own laws to a certain extent, it is a wonder that we get on with each other. The Swiss do not have a big bash; it might wake the gnomes up in the banks. I sometimes think that Switzerland was just the remainders of Europe, after everyone else got together. They were left out and so decided to do it their way.

I am not very inspired today to write. My birthday is not really celebrated, I am too old and cannot be bothered. Just a misery guts hoping that people forget how old I actually am.

Daily Prompt: It’s your Party – I do not do Parties

7 thoughts on “Daily Prompt: It’s Your Party – I do not do parties.”