When was the last time you got lost? Was it an enjoyable experience, or a stressful one? Tell us all about it. 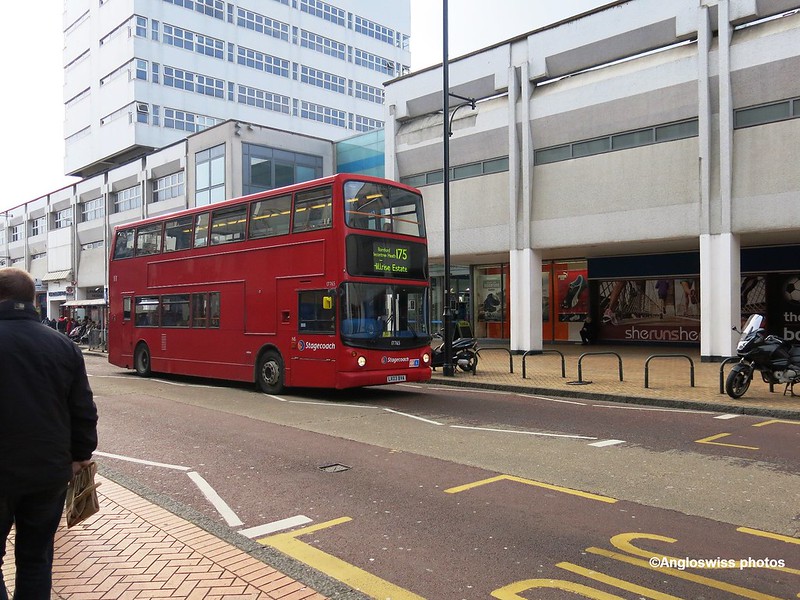 I am permanently lost, but I have an iPhone, an iPad, a computer and thanks to Google maps I even know what my neighbour has in his garden. Today you cannot get lost, unless you really want to. I must admit I was a little lost on my last visit to London. First of all they all drive on the wrong side of the road, left-hand traffic, and I could easily have become road kill whilst crossing the road.

Luckily there are London busses, the big red ones, all being supported by an automatic announcement to tell you the name of the next bus stop, the end station on the bus line and an illuminated notice board with the necessary information, probably for the deaf. What happens if the person in charge of the bus, the driver, had an argument with his wife before leaving for work, perhaps his son smoked a joint and his daughter’s boyfriend is a not the sort he would like to have as a future son-in-law? We all have our problems, but this does not give him the right to punish the passengers on the bus.

I was visiting my 98 year old father in his new apartment where he is cared for. It was evening and time for me to leave. I was staying with my friend who lived a twenty minute bus ride away. This is basically no problem; I knew which bus I needed and also more or less the route but in daylight hours. It was evening, it was dark, but with all this supporting information on the bus, what could possibly go wrong? Ok, it did. The bus arrived. I sat on one of those seats reserved for the helpless, the feeble, the golden oldies. They are the safe seats. It is not necessary to climb steep stairs whilst the bus is moving and they are very comfortable. Also the illuminated board showing where you are is plain and visible. The driver seemed to have switched off the loudspeaker, so there was no announcement. I then noticed a blank wall of information. There were no helpful letters forming words of orientation. Nothing, nil, de nada,. He decided to save electricity on his bus battery and this was not working. Perhaps they were paid a special premium on the wages for being thrifty. I was lost. Not only this, but the bus driver was probably in a hurry to arrive home to his evening meal, or there was a soccer match on the TV as his speed was comparable to a Formula 1 racing driver. He stopped where he had to, but only to allow a passenger leave this bus speedway and perhaps pick up further victims.

I did not have a clue where to get off the bus. I was completely lost. The only lights were those from approaching cars, restaurants and road signs. What to do? I remained seated. I would have had a conversation with the bus driver, but I do not know how to reason with maniacs. They are generally unpredictable, and perhaps he wanted to achieve fame as being the first London bus driver to suffocate a passenger with her Oyster card (this is the London bus pass to enable boarding without buying a ticket each time).

Then I was saved. The bus pulled into the next town which I knew, due to many shopping trips and restaurant visits when in London. I foiled the plans of the demon bus driver. I left the bus, crossed the road and picked up the next bus which was driving towards where I came from. Not exactly: my original bus was a No. 174, and now I boarded the No. 175. Oh the tricks of a Londoner. The 174 route was still a mystery for me, but on the 175 I felt at home. Even if my driver had been a close relation of the previous driver and inherited his negative genes, I had no problem to recognise the bus stop where I should disembark.

I eventually arrived safely. My friend said she was worried as it was rather late. I told her I took a tour of the local town to take a few night photos. I could not admit I was lost in a town where I grew up, now could I?

Back in Switzerland after a few days, I read on Internet they had found a dead body in a small Lake which was on the bus route driven by the demon driver. I wonder if it was a lost bus passenger. The one that tried to escape.