What’s the oldest thing you own? (Toys, clothing, twinkies, Grecian urns: anything’s fair game.) Recount its history — from the object’s point of view. 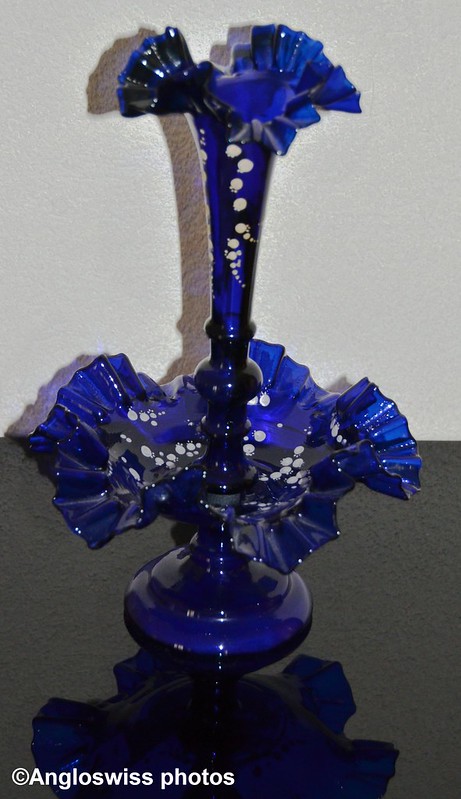 I was going to say Mr. Swiss, but I do not own him, he is not a thing and there are only a few years between us. Actually he is more fit than I am, goes for long country walks, plays drums and otherwise always seems to be very fit and energetic.

I then remembered my paternal grandad, he was always good for a few old things and on my journeys over the years home to London, I was often given objects to take back with me, keeping it all in the family. Unfortunately there were no original Turner paintings or Roman remains discovered when bulding in London. In our garden there were only remnants of the coal shed and an old bomb shell my other grandfather once brought home as a souvenir from the arms factory where he worked during the Second World War. Fortune stayed away from our family. Aunt Lil did tell me that my great great grandfather was a rich wine merchant and owned a lot of property but the deeds were burnt in a fire. I discovered he was not a wine merchant, was very rich, and unfortunately was a distant relation descended from the Huguenot part of the family, and we were not in line for inheritance. There was no fire and no deeds. His many children probably go it all.

Let us return to paternal grandfather Henry Relf. If he brought anything home it was usually probably stolen goods, although he would not know it of course. He often visited auctions hoping to find a bargain and at the beginning of the nineteenth century he would buy leather bound history books. I even had them once transported to Switzerland from England. They were too heavy to put in the luggage and I would have had to charter a Lear jet probably to ship them over. At the time I was working in export, and through a few connections, I organised the transport by truck and they were delivered to where I was working. Afterwards I packed them in the boot of my car and brought them home where they now occupy two shelves of a book case in our hobby cellar. After checking the value on Internet I discovered I did not have a priceless book treasure so they are still in the cellar.

Henry Relf was supposed to have a nose for interesting objects, although most of the time he did not know what he had bought. He once spent a night in an English prison around 1930, but it seemed it was due to an argument he had with a man that insulted my grandmother that developed into a fight, although there again the truth is somewhat doubtful. Alcohol might have been was probably involved, but it usually was where Granddad Henry Relf was concerned.

So to get down to the details, the above picture is a painted blue glass object and the pride of my family.

“I don’t know” said dad “but it might be worth a lot of money, so take it with you.”

I scanned Internet and found nothing. Eventually there was one of those travelling antique exhibitions in our local town. I took the plunge and described it to one of the antique guys.

“Probably a bride’s vase” was the answer. I asked for an explanation and I got one, although I had a feeling that the guy found this not so interesting, as blue glass with white dots was not exactly Ming dynasty.

It seems that in the good old days the bride would arrive at the bridal banquet clutching her flowers that she was holding in the church. There was a danger that they would wilt, perhaps even die through thirst and so the bride’s vase would appear on the table. It would be filled with water and the flowers put in the vase until the wedding meal was finished. My dad said that object is probably more than one hundred years old as when grandad Relf bought it at the auction it was deemed to be old. Who knows? Grandad Relf did not really have such an exact memory and as the stories are carried down in my family, they become more exaggerated. I decided to try it out, but it was not watertight and I had a puddle on the table.

I do not usually hide my antiques – you never know. This vase is now sitting on our highly polished black cabinet in the living room waiting for a visitor to exclaim:

“Where did you get that. It is worth a fortune.”