If you could learn a trade — say carpentry, electrical work, roofing, landscaping, plumbing, flooring, drywall — you name it — what skill(s) would you love to have in your back pocket? 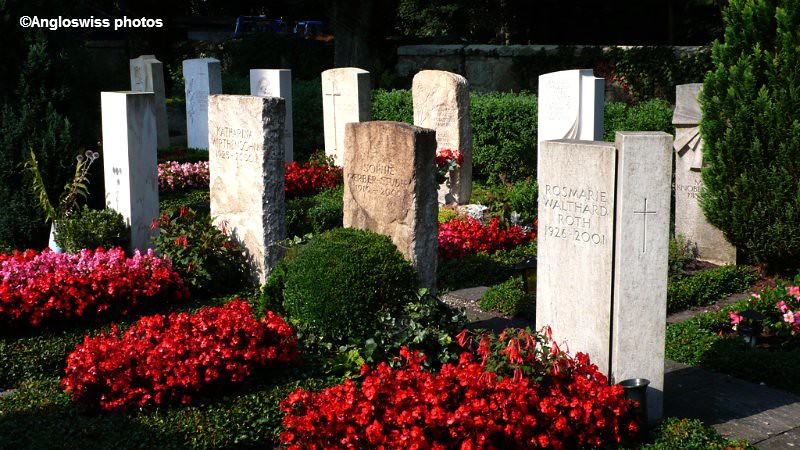 Undertaker? It is a trade that will never die out, it will be here forever and everyone needs one at one time or the other. There is a turnover in profits that is everlasting. It is worth thinking about, although this sort of business seems to stay in the family. The names of the companies in the various towns or villages doing this rewarding work are known. If someone passes on, the local undertaker is called for and everyone knows who he is. It is just a matter of learning the basics, a considerable amount of logistic knowledge is called for, organising the stone, the resting place and of course the accessories needed – need I say more. If you are willing, you have a lifetime job. No fear of redundancy or boredom. I think I could do it, but on the other hand my social life might suffer. Who wants to have an undertaker as a best friend and your invitation to dinner might not be such a success. Ok I will move on, perhaps not such a good idea, but remember, someone has to do the job one day.

I have considered this problem and come to the conclusion that a combination of jobs is the idea (now excluding the undertaker occupation). An electrician would be an all-rounder. How I wish that I would understand the fuse box, the switches and why suddenly you are plunged into a no-go situation because everything goes black. This happened once on a Saturday evening. We were watching the television, and we suddenly had a screen of death, black, the lights went out and we were surrounded by silence and darkness. If I had been an electrician the situation would have been under control. Just a walk to the fuse box, a little twiddle somewhere with the suitable electricians screwdriver and mains tester and there would be light and a living television. Luckily I had Mr. Swiss, although he was also somewhat perplexed. With his quick thinking and logic he moved the television (with help from our son) and transferred the electric current to another point nearby and it was alive. Since that day, we had no further problem. I believe in the meanwhile something was repaired, but as this is not my household responsibility, I am not sure.

Of course the electrician job is not the answer to all problems. You must be a specialist, knowing how your washing machine works. There is nothing more annoying when you enter the washing room and find a small pool of soapy water on the floor and an announcement on the screen saying problem 404 or something like that. You scan the book of instructions and find that 404 means call the company. The technician does the job, gives you a bill containing the repair as well as the travel costs and eventually the pool of soapy water turns out to be an ocean of financial problems. I so wish one of my sons had become a specialist for washing machines.

A television electrician is also something very useful to have in the family. Nothing more disappointing when the last five minutes of a thrilling, exiting, television film dwindle into something unknown, because the television is kaput, dead, no life throbbing through its circuits. My mum used to twiddle all the knobs on the set thinking that it would again spring to life. Today with our throw-away mentality, you just think about a new television. Perhaps the job of a television repair man is a dying occupation. You replace the old with the new and explain to your victim how the new one works, which is completely different to how the old one worked – it is called progress. I lost touch about three television ago, and now prefer to read a book, although I can switch it on and off. I am still learning how the DVD recorder works, but as long as I have a Mr. Swiss, there is no great problem.

Anything left?: of course, the car mechanic. OK, basically any fool can change a wheel (is there a progression for the word fool like complete idiot?), but if you stop in the middle of the road and the motor is dead – what to do? Luckily this has not yet happened to me, although I once had a sweet little Fiat that was possessed. There I was driving along listening to the accompany sounds of the motor and then there was silence. The motor was no longer purring at me, it was just not there, athough the car was still moving. As the gas pedal had no connection it was moving as if by a ghostly hand, but it was the remainder of movement in the car. With my cunning and intelligence I guided the car into a small road and pulled up. I then held my breath, turned the key, and it started to breathe again. I guided the car to the garage, although I felt as if an exorcist would be more suitable. The garage man kept the car for a further examination, he was perplexed. Later in the day I was speaking to a work mate and she told me of the manufacturing mistake in my type of car. It seems the car key was the problem, the tended to lose the connection to the motor now and again. I visited the garage man who was still trying to find the fault, or demon and I told him of my new knowledge. The next day I picked up my car at the garage with a new car lock and key (sorry if the words are confusing, my garagist only spoke german), so everything was again under control and I did not have to visit the local priest for an exorcism.

My back pockt is now overflowing. One thing I must say, the undertaker is a quiet soothing job. I am still thinking about it.

Daily Prompt: Everything Under Control – Who Needs a Hammer?

10 thoughts on “Daily Prompt: Everything under control – Who Needs a Hammer?”