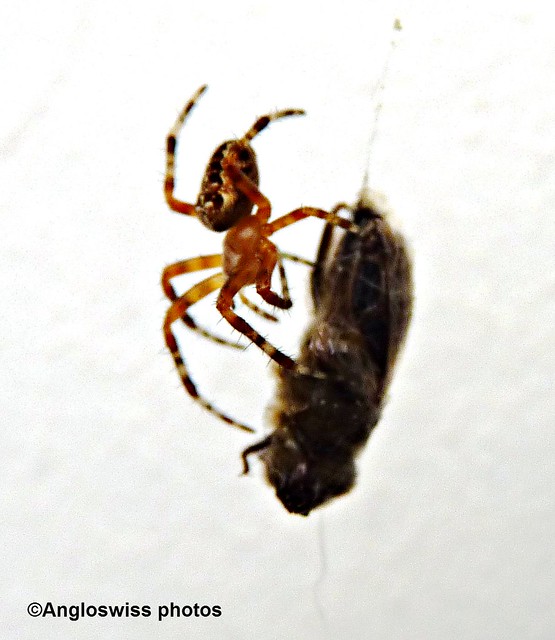 This was a relationship disaster story but who is to blame? “Come into my web, said the spider to the fly” and the fly did what it was told and eventually was eaten by the fly. I have never eaten my third rate romances, and to be honest my method was just do not turn up for the next date. No-one hurt and embarrassment saved all around, although there is a little story……..

It was many moons ago, I was twenty-one years old (I think) and spending my first year in Switzerland. I did not know many people in Zürich, but had contact with other English girls in the Basel area. The Easter holiday was approaching and we had a brilliant idea on the Thursday before Good Friday “let’s spend Easter in Venice”. I was game for anything at that age, no problem, so we arrange to meet at Basel Station to board the night train to Venice. We had not booked a hotel, not booked anything, although two of the English friends did have male contact in Venice, nothing serious, but at least something.

We pulled in at Milan station in the early hours of the morning to change trains. We were hungry, wanted to visit a place for our recycling processes and was glad for a break in the journey: an interesting experience Milan station toilets. There are two entrances one for men and one for women, that both meet in the same place: however, ladies to the left and men to the right, so we were separated. Eventually we boarded our train to Venice sharing the compartment meant for eight people, with ten others. Yes, it was crowded, but was very helpful for developing the Italian language.

We eventually arrived in Venice, boarded a water bus and met a young man who knew exactly the best pension to stay at. I must admit he was good, an excellent hotel, clean, not too expensive and of course he earned his percentage of the deal. So there we were four young ladies in Venice and ready to go.

Two of my colleagues decided to search for their acquaintances and I departed with another girl to see the sights (mostly of the male sort). We eventually met two young gentlemen (I think they were Austrian) and we embarked on a water bus to the Lido. We spent a couple of hours with them and made an appointment to meet in the afternoon at three at the local water bus station. On the previous evening we had met two young Italian sailors, with uniform and everything. They invited us to the evening meal in a lovely Italian restaurant. Genuine Italian food, somewhere near the fish market They showed us the sights and unknown to myself (or was it me – life can get so confusing) a further appointment was made at the local water bus station (at three). In the meanwhile our other two friends arrived at our hotel and told us that they had met their friends who actually lived in Venice and were invited, all of us for the afternoon, meeting them at the local (you know it – at three in the afternoon).

I hope you are with me, it was very confusing, even for us. We departed from the hotel, all four of us for the local water bus station and met the friends of the friends who live in Venice, so we were now 4 young English girls, dressed to kill, accompanied by some young Italian Romeos. On the way we had docked in at a bar to encourage the atmosphere. The young men living in Venice were very nice. As I was the only one who actually spoke the lingo, I noticed a few darts of jealousy shooting from the eyes of the two friends that knew the locals.

So we arrived at the local water bus station. Yes, there were also two Austrians waiting, two Italian sailors and we four English girls arrived, accompanied by the Venetian friends of our friends. Luckily our stood-up colleagues from the Italian navy and Austria were not armed with knives and did not attack us, although I believe there were some negative insults issued. Who cares, we were young and carefree and as long as we were not paying.

We spent the afternoon (and evening) with the Venetian friends. One thing I noticed. When you enter an apartment block in Venice the entrance is full of rubbish, an unused rusty fountain and generally everything looking like a ruin. When you enter the apartment itself (and mama and papa were also there), it is a palace. Hightly polished wooden floors, clean windows and a laid table with all the Italian heart’s desires, as well as a few bottles of vino to help with the thirst.

And now for something completely different. I am still at war with the WordPress experts and their new great system that no-one seems to understand, except for the few chosen ones whose words of praise get through the comment filter. I now have a queue with two comments waiting for consideration. If I am not here tomorrow and just a blood stained empty page shows for the daily prompt – you know why.